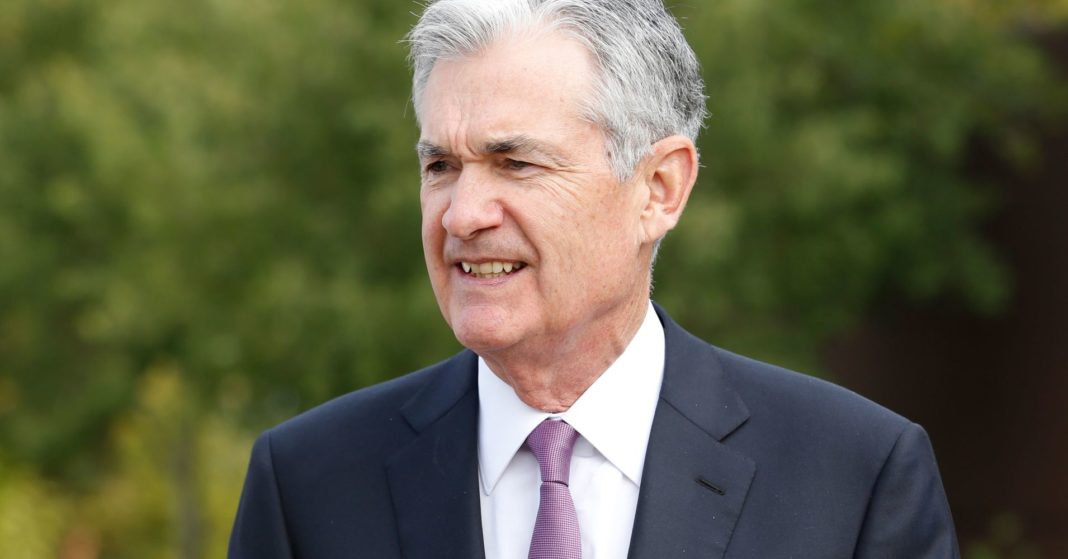 Federal Reserve Chairman Jerome Powell said Friday he expects a slow but steady diet of interest rate increases to continue as the central bank looks to find the right recipe between promoting growth and controlling excesses.

In his closely watched speech at the Fed’s annual retreat at Jackson Hole, Wyoming, Powell expressed confidence in the economy and said he does not see inflation getting out of hand.

As a result, the current trajectory the Fed has been following since December 2015 is unlikely to change so long as there aren’t any significant changes to economic trends. The central bank, he said, is focused squarely on not stepping in to halt economic momentum but also wants to be a bulwark against runaway growth.

“I see the current path of gradually raising interest rates as the [Federal Open Market Committee’s] approach to taking seriously both of these risks,” he said, according to prepared remarks of a speech he delivered at 10 a.m. ET.

“As the most recent FOMC statement indicates, if the strong growth in income and jobs continues, further gradual increases in the target range for the federal funds rate will likely be appropriate,” he said.

The policymaking FOMC has approved seven quarter-point rate hikes in a cycle that began in December 2015. That has brought the current target for the benchmark funds rate to 1.75 percent to 2 percent. There have been two hikes in 2018, and committee members have indicated that two more are coming.

President Donald Trump has recently leveled criticism against the Fed for continuing to raise rates, but Powell did not mention the president’s remarks in his speech. Some other Fed officials have told CNBC they are committed to maintaining independence from political pressures.

Powell did give a slight acknowledgement to some of the turmoil in emerging markets, saying “there are risk factors abroad and at home that, in time, could demand a different policy response.”

“The economy is strong. Inflation is near our 2 percent objective, and most people who want a job are finding one,” he said. “My colleagues and I are carefully monitoring incoming data, and we are setting policy to do what monetary policy can do to support continued growth, a strong labor market, and inflation near 2 percent.”

Much of the speech was given to a history of Fed actions taken from around the time of the inflation boom in the 1970s. Policymakers, he said, have learned over the years that vigilant action needs to be taken to make sure inflation and unemployment are at healthy levels.

When it comes to inflation in particular, Powell said the Fed has learned that inflation sometimes shows up in financial markets before general price pressures. History has shown that “doing too little comes with higher costs than doing too much” when trying to control inflation.

Should inflation expectations become unanchored in either direction, the Fed would “do whatever it takes” to control the problem, he said.

More broadly, though, Powell said current conditions don’t suggest an issue with inflation expectations. The Fed targets 2 percent as a healthy level, and the current data suggest the economy is at or around that level. However, Powell said he doesn’t see inflation moving materially higher in an economy that he said is performing well.

“With solid household and business confidence, healthy levels of job creation, rising incomes, and fiscal stimulus arriving, there is good reason to expect that this strong performance will continue,” he said.