Polities : Pompeo Doubles Down On National Public Radio host Reporter Attack. No One Buys It. 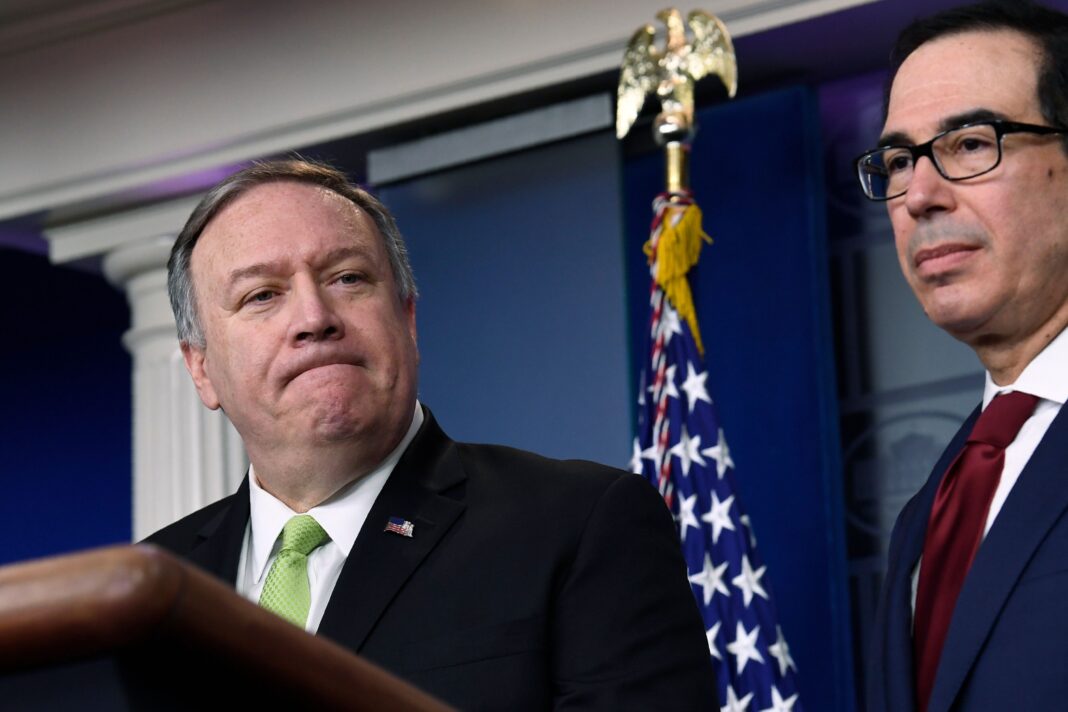 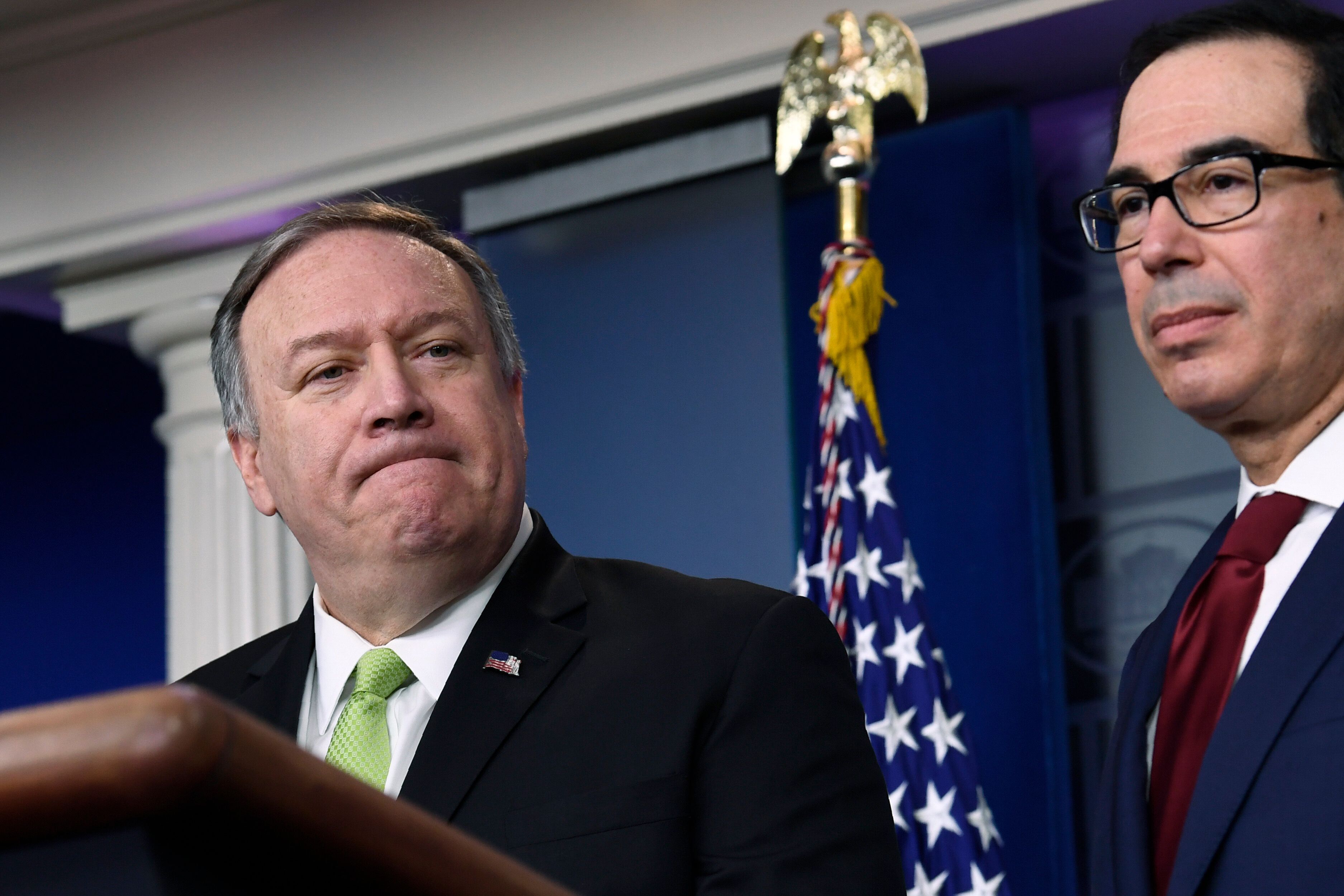 But no one is buying it.

Pompeo exploded in a profanity-laced tirade at “All Things Considered” host Mary Louise Kelly after she dared to ask him questions about Ukraine in an interview Friday. He led her to a private office after the interview and yelled at her, using the “F-word and many others,” said Kelly. “He shouted at me for about the same amount of time as the interview itself,” which was 10 minutes. Pompeo also asked: “Do you think Americans care about Ukraine?” Kelly recounted.

He then challenged her to find Ukraine on a blank map, which Kelly did.

On Saturday, Pompeo appeared to indicate that she mistook Bangladesh for Ukraine, which is 3,600 miles away. “It’s worth noting that Bangladesh is not Ukraine,” he scoffed in his statement. He also claimed that the ugly confrontation was off the record, which NPR denies (and stands by its report), and that Kelly “lied,” was “shameful” and violated the “basic rules of journalism and decency.”

Some observers speculated that it was Pompeo who made the geographical goof in his attempt to call out Kelly — by confusing Bangladesh with Belarus, which borders Ukraine.

There is “absolutely no way” Kelly mistook Bangladesh for Ukraine, the Post declared. To mention just a couple of issues, the countries are on different continents, and Bangladesh clearly doesn’t share a border with Russia, so it would be difficult to engage in a border war with that nation, something a journalist would know.

In addition, Kelly is a former national security reporter who has traveled extensively abroad and has a master’s degree in European studies from prestigious Cambridge University. “The mere fact” that Pompeo challenged Kelly, to begin with, suggests he didn’t “know who he was dealing with,” the Post wrote.

Former White House ethics chief Walter Shaub blasted Pompeo’s statement as possibly the “most breathtakingly childish” ever issued by a secretary of state in “over two centuries.”

Pompeo claims @NPRKelly mistakenly identified Bangladesh as Ukraine. As we evaluate what may be the most breathtakingly childish official statement ever issued by a Secretary of State in over two centuries, consider the magnitude of the mistake he implausibly claims she made: https://t.co/ShLL4eDWzn pic.twitter.com/K5WlJkIwzl

Mr. @SecPompeo , please provide evidence to support your contention that @NPRKelly confused Bangladesh with Ukraine. Otherwise, your statement is disinformation, slander, and embarrassing to those of us who pay your salary. You are a public servant. You work for us.

The path from Ukraine to Bangladesh looks like a graph of Pompeo’s credibility. pic.twitter.com/ezznkObPc4

What are the odds that it was Pompeo who misidentified Ukraine and thought it was actually Bangladesh? Pretty good. https://t.co/FH3QyuOYfa

See that red? That’s Bangladesh, to the east of India and south of China, 3600 miles from Ukraine.

Mary Louise Kelly has a masters in European Studies from Cambridge. She knows where Ukraine is located.

Mike Pompeo is blantantly slandering a journalist for questioning him. pic.twitter.com/AQY7XfKJK0

First, no educated person would confuse Ukraine with Bangladesh. Please. ?

Second, is there *anyone* in this administration who is not an unhinged, narcissistic toddler?? https://t.co/9F6lXl2ZDY

Oh my God this is exactly what happened. Secretary of State Mike Pompeo tried to slander a reporter who knows far more about European geography that he does, by insinuating that she has misidentified Ukraine as Belarus. But he is such a dingdong he accidentally wrote Bangladesh. https://t.co/BLHygyuV48

“Unhinged.” The notion that @NPRKelly would confuse Ukraine with Bangladesh on a map is so ludicrous it doesn’t even merit comment. As for the other accusations, I trust our reporter. And as for “basic rules of decency”: well. pic.twitter.com/2HrKUbzZaN

Statement from @NPR’s Senior Vice President for News ⁦@nancycbarnes⁩:
⁦”Mary Louise Kelly has always conducted herself with the utmost integrity, and we stand behind this report.” https://t.co/GUoyKnUf9e