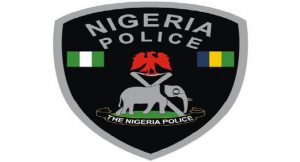 The Nigerian Police Force will soon embark on the recruitment of 30,000 police officers to cater for the shortfall currently affecting the force in discharging its responsibility of maintaining peace and order in the country.

The Deputy Inspector General of police in charge of North Central, Shuayb Gambo, announced this while addressing police officers and rank and file at the headquarters of the Kwara State Police Command in Ilorin as part of his familiarisation tour of the command.

He also announced that the Inspector General of Police has so far promoted over thirty thousand policemen since assumption of office.

The Commissioner of Police in the state, Olushola Amore, had informed the DIG of various challenges being faced by the command. The challenges, according to him, include lack of vehicles, equipment and shortage of manpower.

He lamented that over 600 police officers were posted out of Kwara and only above 100 were redeployed to the state, compounding the manpower shortage.

The DIG explained that the police authorities were aware of the manpower shortage, adding that the Presidency would soon give approval for the recruitment of 30,000 police officers yearly to address the problem.

Gambo had earlier paid a courtesy visit to the state governor, Mr Abdulfatah Ahmed where the governor praised the effort of the force in combating crimes especially in the state and assured of his readiness to continue providing their needs.