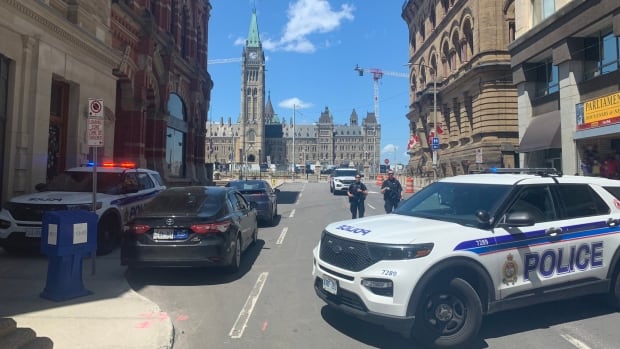 Ottawa police have located two people and two vehicles of interest related to the events that sparked street closures and an evacuation of Parliament Hill on Saturday afternoon.

Local police worked with their policing partners to close the area around Parliament for a few hours on Saturday, while they investigated what they described as a “suspicious incident.”

Wellington Street between Elgin Street and Bronson Avenue was closed for around three hours, as well as Metcalfe Street between Albert and Slater streets.

Ottawa police said the investigation found there was no risk to public safety in a tweet.

At least some employees who work in the Parliamentary precinct received an email saying an ongoing operation is taking place to deal with a possible threat.

“There has been a SHELTER IN PLACE order given for the Precinct, this entails no movements in or out of our buildings. Parliament Hill has been evacuated.”

Police are continuing to investigate.

The suspicious incident investigation at Parliament Hill is complete. No public safety threat has been identified. The area is reopened to the public. We thank the public for its cooperation.