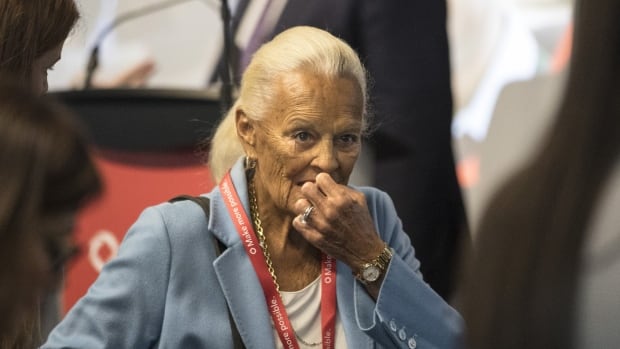 Loretta Rogers, the matriarch of the Rogers family and longtime director at telecom giant Rogers Communications Inc., has died at the age of 83.

Her daughter Martha Rogers confirmed her death in a tweet issued on Saturday, calling her mother a “beautiful soul” who “possessed an incredible strength of character.”

Loretta Rogers was the widow of company founder Ted Rogers, who died in 2008, and served as a director on the corporate board.

She was one of several family members at the centre of a struggle for control of the company last fall that began when her son, Edward Rogers, the company’s chair, attempted to oust its chief executive.

Loretta Rogers and two of her daughters, who are also board members, opposed the move, saying it went against the company’s governance practices.

But Edward Rogers went ahead with his plans after the B.C. Supreme Court affirmed his right to do so last November.