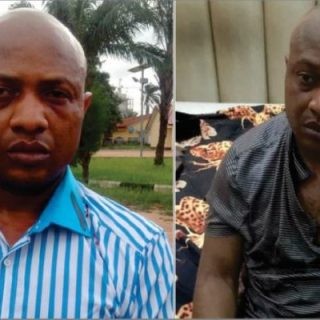 The Enugu State Police Commandon Sunday commenced the raiding of black spots and forests areas in Uzo-Uwani Local Government Area to rid it of hoodlums and their activities.

The statement said that the police within few days of the operation arrested 15 hoodlums that had been disturbing the peace of people in the council especially in Nimbo and Adani communities.

According to him, Danmallam ordered the operation after an on-the-spot assessment and a thorough brainstorming involving senior police officers and critical security stakeholders.

“The command has assured members of the public particularly the good people of Nimbo and Adani communities of Uzo Uwani local government area of their safety.

“This assurance followed the command’s renewed onslaught against crime and criminality in the area borne out of intelligence information.

“No fewer than 15 suspects have been nabbed in the area after the raid of a certain forest identified as ”Malaysia” forest and other black spots that were alleged to be harbouring hoodlums,’’ it said.

The statement said that the ongoing operation was aimed at making the entire council area safe, adding that the onslaught would be sustained.

“Those arrested during the ongoing operation are helping the police operatives in their investigations,’’ the statement said.

The command’s PRO said operatives moved into action in the council area on Sunday night and the operation had produced harvest of arrest of suspected hoodlums.