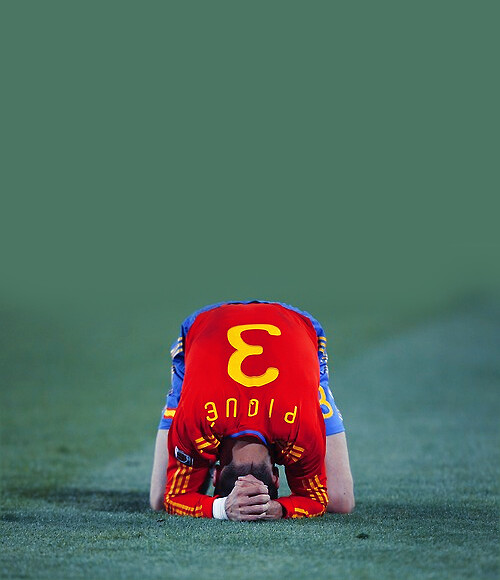 Catalan defender Gerard Piqué is going through a very delicate situation, both personally and professionally. Several media reports that the club has already informed him that they do not count on him for next season because of his unprofessional attitude, referring to his very well-known separation from Shakira.

Several Barça specialists and insiders reported that Xavi told him that he would not be a starter, as he no longer sees him competing at the highest level. The Catalans need to strengthen their squad in order to regain the hegemony of Spain and fight with Real Madrid. That is why it is a good idea to enter https://bookmaker-ratings.ne.za/bonusy-bukmeker/betway/ to make the Spanish League more fun because here you will find the highest odds to bet on.

What happened to Gerard?

There is very little left of the defender who was once the best in Europe. When Barcelona repatriated him from Manchester United, he immediately became an impassable barrier and the perfect complement to Carles Puyol, who at the time shared the centre-back position with Rafa Márquez.

The Mexican was injured and Piqué became a starter and did not let go of the position. He won the treble with Barcelona, and the media nicknamed him “Piquenbauer” because of his elegance when playing and because his style was reminiscent of the German Kaiser Franz Beckenbauer.

Josep Guardiola, in his final season, called for the defender’s departure because he was spending more time on things off the pitch. This led to the relationship breaking down and Gerard losing minutes. Pep left, and Pique became an impressive force in the dressing room.

His controversial way of being and thinking made him the target of much criticism, but the problem was that his level was falling bit by bit. Under Luis Enrique, he regained his level, but it didn’t last, because his off-field adventures now took up more of his time and concentration.

Gerard mentioned in an interview, that football was not his only priority, and sometimes he paid more attention to other matters, but Barcelona did not want to let him go because, although his level was not what an institution like Barça demands, he is seen as a symbol and letting him go could break the dressing room.

Inside the club, some people think he could be president of the club at some point, and this speaks of the strength he has, basically, he became a sacred cow that nobody dares to touch. Last season, it was clear that his level is no longer ideal, and although he could play good games, the level of competition in Europe left him very exposed. Pique has no level.

Feeling untouchable, he takes a lot of liberties and is very active on social networks, which puts him in the eye of the storm because it usually backfires, and he spends more time on his Twitch channel and other businesses such as tennis. The fans are not so happy with the player any more.

But in the end, things ended up breaking down. His separation from Shakira and accusations of infidelity made the board talk to him about his behaviour that does not reflect the club’s values.

And to this, we add that Xavi told him that he no longer sees him in good physical and footballing shape. The coach said he was counting on him but not as a starter, that he would be a substitute. His importance in the dressing room is very important and getting rid of him is complicated, but Laporta has already reached the limit, and it is likely that Pique will leave the club.

What will happen to Piqué?

The defender is keeping quiet on social networks at the moment because it is a very delicate situation he is going through in his personal life. Perhaps now football is not the first thing on his mind, but it is reported that the player wants to stay to help the team and will reduce his salary in order to continue being part of the Culé project.

There have been rumours of a possible retirement or a move to the MLS, but for now, the idea is to stay and turn around this very bad situation he is in. Is this the beginning of the end of his career?