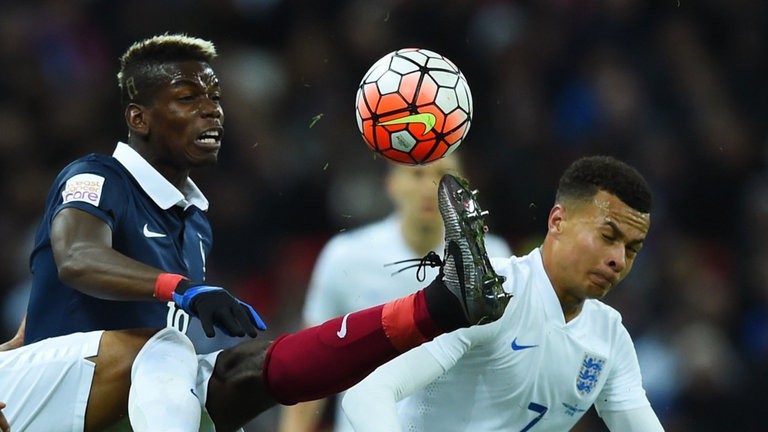 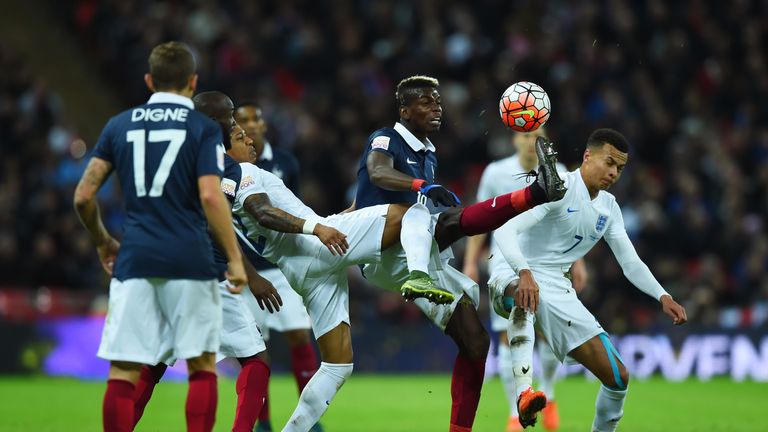 Ahead of England’s international with France, select your combined XI between the two squads below.

Almost a year out from the 2018 World Cup, Gareth Southgate’s men will test their skills against one of the best teams on the planet at the Stade de France on Tuesday night.

England beat France 2-0 at Wembley when the sides last met in November 2015 but since then Les Blues have reached the final of Euro 2016, while England were humiliated by Iceland.

It’s sure to be a fascinating contest when the teams meet again – but who out of the talented squads would make it into your best combined XI?

Would Paul Pogba take a midfield spot in tandem with Eric Dier? How about Harry Kane up front alongside Antoine Griezmann? And what would be the best formation to make the most of the players available?

Use our interactive tool below to select your best XI…