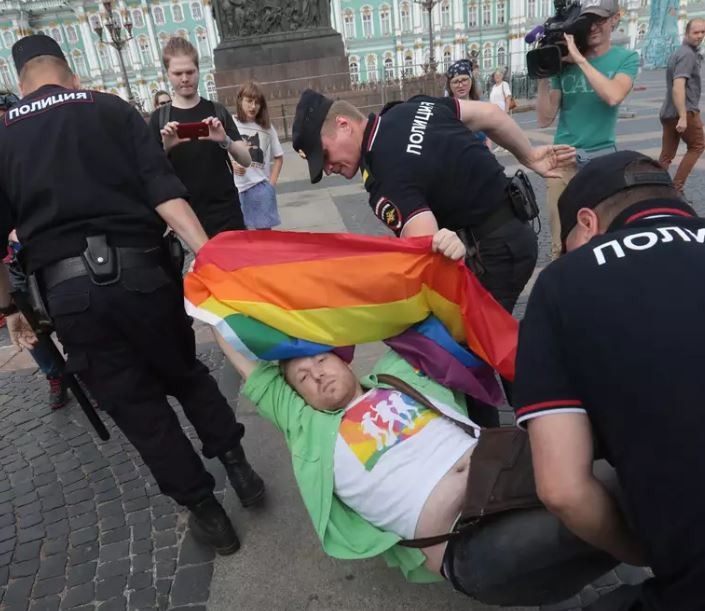 Russian police have detained around 30 gay rights activists who took part in an unsanctioned rally in St Petersburg.  A few dozen activists gathered at Palace Square on Saturday afternoon in defiance of a ban on holding the rally.

Organisers had said they would stage one-man protests to demand freedom of association after city authorities turned down their request to hold a parade. One man was pictured in front of the Alexander Column holding a placard featuring a rainbow which read: “My mum loves me, my dad loves me, my friends love me, why can not you?”  Police detained campaigners who unfurled rainbow flags or held placards and dragged them into a police bus. 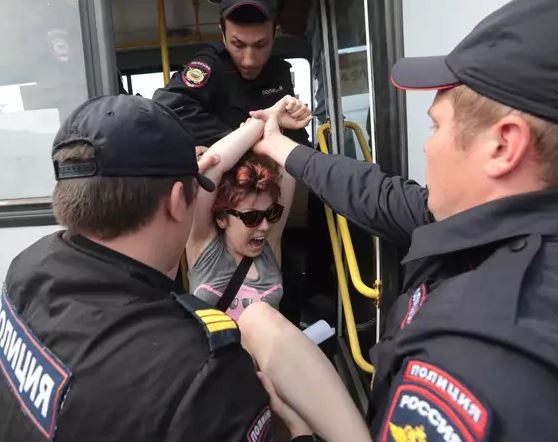 Three policemen were seen carrying one man who looked despondent but still held his multicoloured banner aloft above his head. There were no clashes between police and the activists. The gathering coincided with Pride celebrations and marches around the world, most notably in Brighton where up to 300,000 people are expected to attend.

Russia passed a law in 2013 banning the spreading of gay “propaganda”. Last month, Russian police briefly detained British LGBT+ campaigner Peter Tatchell after he protested near the Kremlin in support of gay rights.