Photos: 31 African migrants including toddlers drown in the Mediterranean 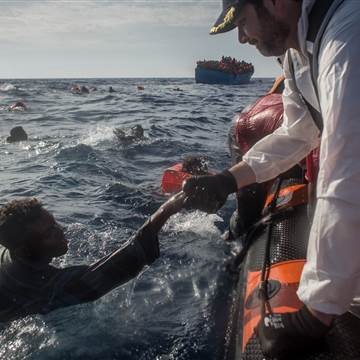 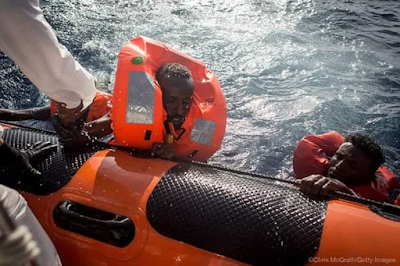 “This morning our crew on board the Phoenix reported that they were engaged in the rescue of a large wooden boat carrying several hundreds of people” said a spokesperson for Maltese NGO, Migrant Offshore Station (MOAS). 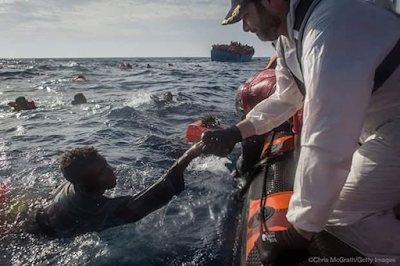 The migrants were on a wooden boat carrying between 500 and 700 people and were just 20 nautical miles off the Libyan coast when the accident happened.
The crew of the Phoenix aid boat, chartered by MOAS, had begun the rescue and were distributing lifejackets when many of those on deck fell into the water, perhaps knocked off balance by a wave.

“In a terrible series of events, hundreds of people ended up in the water, whilst assets scrambled to save as many lives as possible. While the Phoenix managed to rescue 600+ children, women and men, our crew has also recovered 31 bodies in the process, including those of a few toddlers.” 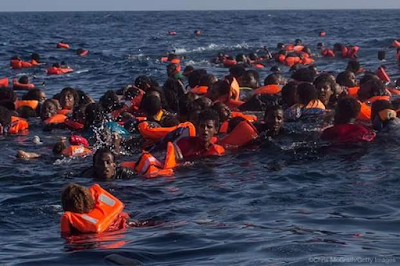 MOAS co-founder, who was aboard the Phoenix and published photos showing white body bags lined up on the deck.

“Rescuers are frantically trying to break open the locked hold on a wooden boat where hundreds of migrants are trapped!” he tweeted. 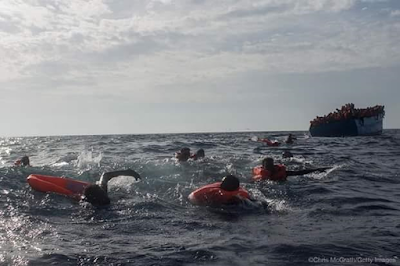 With the help of an Italian coast guard ship and several commercial ships, rescuers raced to drag as many people as possible from the water, while a military aircraft dropped life-rafts and a helicopter looked for survivors.

“Current body count at 31,” Catrambone said, adding many who fell overboard had been “small toddlers”. 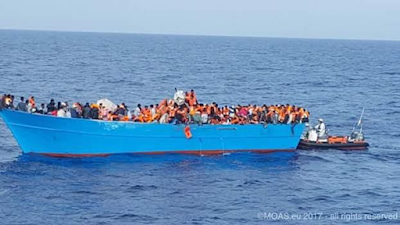