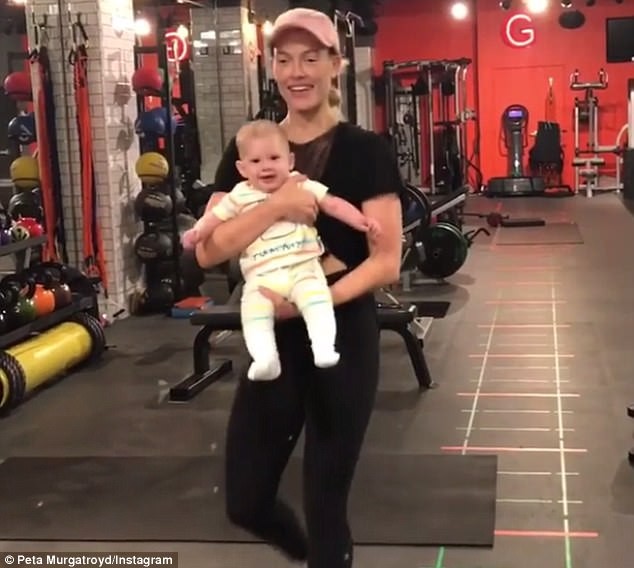 Peta Murgatroyd is shedding for the wedding.

With only weeks left until the Dancing With the Stars pro marries Maksim Chmerkovskiy, it’s no wonder Peta is kicking her fitness routine into overdrive. Whether you’re an avid reader of the incredibly toned athlete’s All Things Fam and Glam blog or one of her many Instagram followers, you’ll understand when we say Murgatroyd is going hard in the gym before the big day.

So what does it take to look as fab as this bride-to-be only five months after giving birth? Well, E! News caught up with Peta’s trainer Tim Hartwig, a strength and conditioning coach who works primarily with athletes in Los Angeles. Hartwig says he’s prepping Peta with the same techniques clients like Rashad Jennings use before football season starts, and it’s nothing short of intense.

Seven weeks before becoming a Mrs., Peta began working out three days a week with Hartwig and two days a week on her own. Tim says the Australian stunner’s goal is to “maximize fat loss” and achieve a “nice, lean look” through a mix of healthy nutrition and fitness. That involves teaching Murgatroyd “how to balance her diet” with increased water and protein intake as well as introducing healthy carbs like brown rice, quinoa and sweet potatoes into her meals.

According to Tim, Peta has also limited her alcohol consumption “as much as possible,” but encourages the reality TV star to eat three meals a day and two snacks. He told us, “You need to stimulate the metabolism… We’re doing the opposite of what most people do and seeing that eating more is beneficial.”

He recommends eliminating carbs in the evening, eating chicken or fish for dinner and snacking on cashews or an avocado throughout the day. When Peta’s sweet tooth strikes, he says a cup of strawberries is a perfect option for a light-night desert. And good news! Hartwig believes in the power of a cheat meal “every now and then” to avoid pesky cravings and “eating the same thing over and over.”

Peta’s fitness guru shares that despite his famous client having a “goal weight” in mind, he’s working with the 30-year-old on distancing herself from a number on the scale. “What we are really focusing on is eliminating the scale,” he explains.

“She has not weighed herself this entire time throughout the program, which is not normal for a female, but I love it!” he adds. “It’s about how her clothes are fitting… We aren’t focusing on the scale. We are basing it on how she looks and feels.”

There’s no doubt about it! Peta looks absolutely incredible. We can’t wait to see the blushing bride’s wedding day glam, which will surely include a bronze courtesy of her Peta Jane tanning products.