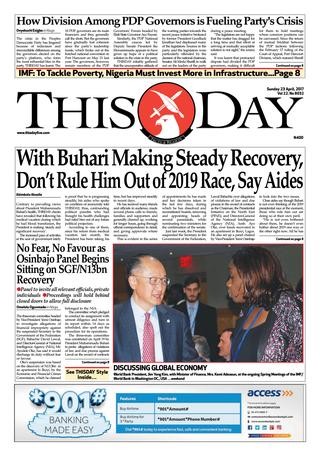 By David-Chyddy Eleke in Awka

The Peoples Democratic Party (PDP) in Anambra State has dismissed rumours making the rounds that it will not present a candidate for the November 2017 governorship polls, saying that the party will contest the seat strongly, and will also win the election.

Chairman of the party in the state, Prince Ken Emeakayi, stated this Wednesday in Awka during a rally to intimate members of its plans for the forthcoming governorship election in the state.

He said the party was ready to take back the state from the All Progressives Grand Alliance (APGA), insisting that Anambra was a PDP state, adding that nothing would stop it from remaining so.

“The party willI maintain transparency in all its process, and this is the time for all members to go out and woo back its members who had left for other political parties,” he said.

Emeakayi said the reason for the rally was for the party to acquaint its members of some of the plans it had made to clinch the Anambra governorship seat, adding that among other things, the party had resolved that no concession would be given to old or new members in selecting the governorship candidate of the party.