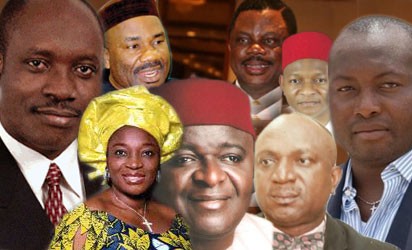 Screening of aspirants for the poll would last from August 9-10 while collection of election forms from the Independent National Electoral Commission, INEC, (Nomination Forms, CF001 AND CF002) is slated for Wednesday 23-25 Friday August, 2017.

According to the announcement published on the party’s official Twitter Handle @OfficialPDPNig, INEC will on Monday, September 25, and November 2, 2017 published Candidates’ Form CF001 and Notice of Poll, respectively.

The election is expected to hold on Saturday November 18 with a run-off seven days later in the event of any of the flag bearers unable to garner sufficient votes to be declared outright winner.

The PDP faces a fight to finish against the All Progressives Grand Alliance (APGA) whose likely candidate and incumbent governor, Willie Obiano is seeking a second term in office.

Also in the race are the trio of Osita Chidoka, Godwin Ezeemo and Senator Andy Uba, aspiring for the tickets of the United Peoples Party (UPP), Progressive Peoples Alliance (PPA) and the All Progressives Congress, respectively amongst others.