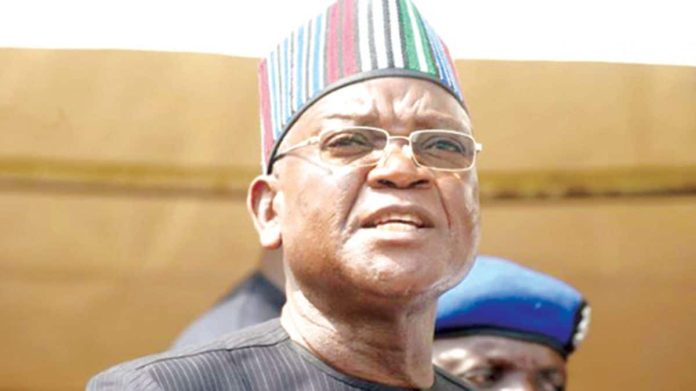 Governor Samuel Ortom of Benue State has declared he has no intention to dump the Peoples Democratic Party, PDP.

DAILY POST reports that there have been insinuations that the governor and his Rivers State counterpart, Nyesom Wike were planning to dump the main opposition party following the crisis rocking the PDP.

But speaking on Arise TV on Thursday, Ortom said they remain members of the party.

Recall that Ortom and some other stakeholders of the party had expressed anger over the decision of the PDP presidential candidate, Atiku Abubakar to pick Ifeanyi Okowa of Delta State as his running mate instead of Wike.

Ortom had in an interview, slammed Atiku for picking Wike despite party recommendations, saying the former Vice President must personally reach out to the Rivers Governor.

However, during the Arise TV interview, Ortom opened up that Atiku has reached out to him to appeal to the aggrieved Wike.

He said, “I want to assure Nigerians, that we are members of the PDP and we will not defect to any other political party, we look forward to the leadership of the party to unite and bring all of us together.