2023 presidency: Atiku reached out to me to pacify Wike – Gov Ortom on PDP crisis 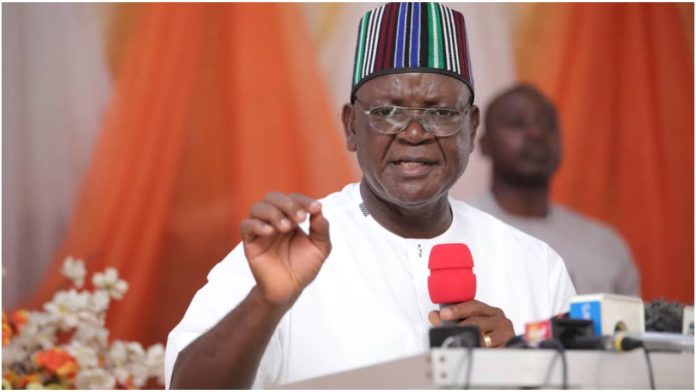 Governor Samuel Ortom of Benue State has said efforts are ongoing to resolve the crisis within the Peoples Democratic Party, PDP, ahead of the 2023 elections.

Ortom said the PDP presidential candidate, Atiku Abubakar reached out to him to pacify Governor Nyesom Wike of Rivers State.

He expressed hope that Wike would be pacified and work with Atiku towards ensuring the party returns to power in 2023.

Speaking with Arise TV on Thursday, the governor explained his relationship with Wike.

Ortom recounted how Wike stood by him when Benue State was under siege by Fulani herders.

He said: “Efforts are on to resolve the crisis in the party. Our presidential candidate has reached out to me to pacify Wike. Wike stood with me at my worst time when my state was under siege.

“I believe working with Wike will help get a better result. Once Wike is pacified, I will also be pacified. The issue is not about our personal interests but about Nigeria.

“You will agree that Nigeria is under siege by a cabal that wants to enslave everybody.

“We have been brought from top to bottom; we need everybody to come together to see how we can rescue our country.”

Wike is believed to be aggrieved with Atiku and PDP’s leadership over the choice of Governor Ifeanyi Okowa of Delta State as the party’s presidential running mate.

Atiku had ignored the recommendation of a committee he set up to pick his running mate.

The committee had picked the Rivers helmsman, who came second during the party’s presidential primaries, but Atiku opted for Okowa.