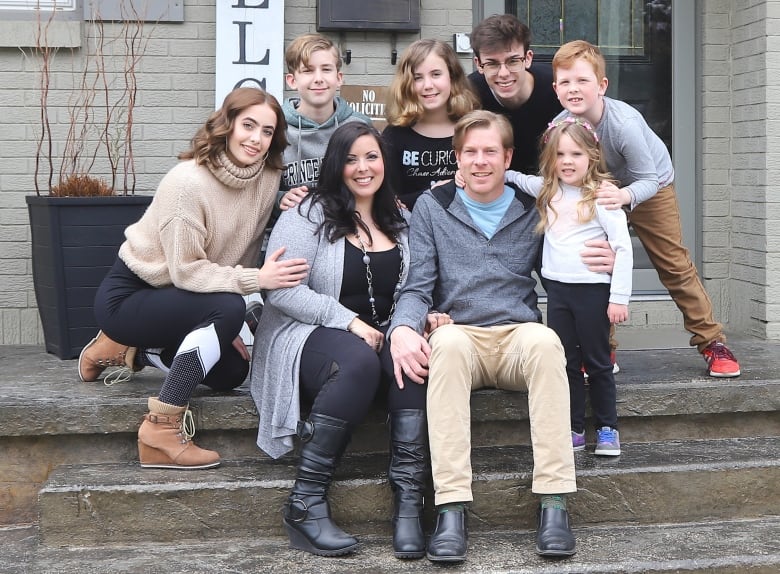 Across Canada, COVID-19 has changed what school looks like for students this year, with the pandemic continuing to disrupt learning and upend classrooms from kindergarten through Grade 12.

CBC News spoke with three parents to get a snapshot of what schooling is like for their families and the continuing concerns they have in this turbulent school year.

This week, Natasha Côté-Khan’s school-aged kids returned to remote learning for the third time in the past year. Though she was a telecommuter even before COVID-19, it’s been “a huge adjustment” for the federal government staffer to adapt her typically fast-paced workflow to also support her children’s learning when they’re at home.

“It meant having to rethink the way that I was working in my workday — how I was getting my work done, the time that I spent before work and after work prepping so that my kids wouldn’t need to interrupt me as much so that they could have what they needed,” said Côté-Khan.

She’s made tweaks each time school has reverted to remote learning. Each child — in grades 5, 8 and 11 — needs their own space, device and door to close. She set up a new printer everyone shares. Her kids ping her work email when they require help. She lays out meals and snacks before school to circumvent any “I’m hungry!” interruptions during her meetings

Still, best-laid plans can go awry — say, if the Wi-Fi falters or if a pop quiz arrives in an unexpected format that sparks panic, as it did this week.

Ontario parent and telecommuter Natasha Côté-Khan shares some of the frantic situations that can pop up when her kids are learning remotely alongside her at home. 1:30

Though upbeat, Côté-Khan is constantly worrying about her household, which also includes her partner, often his two children (a kindergartner and a third-grader) from a previous relationship, as well as her 21-year-old son who returned home to find full-time work instead of staying in Toronto, which is a hot spot for COVID-19 infections.

“I’ve got to rally a lot of people here. I have to keep everybody pepped up for everything,” she said.

She’s anticipating that some of her kids may need summer school or tutoring to make up for learning lost this past year, and says she has already seen the pandemic affect their mental health. She’s also thinking of the heavy lifting many Canadian mothers are doing, she said, after friends discussed quitting their jobs now to focus on their children.

When the pandemic closed most K-12 schools last year, it came during finals for Kaela Dutchak. The University of Regina student had one more to complete, but with her young daughter suddenly learning at home, it became too much to manage.

“Of course I failed it,” she said.

The Saskatoon-based single mom feels lucky that, since then, her daughter’s small Montessori school has remained open for in-person learning, while also offering an at-home option. It established separate cohorts of students who are spending as much class time outdoors as possible across all seasons.

“We’re privileged enough to go to a school like that, where things are very different” from traditional schools, Dutchak said.

Her daughter’s in-person attendance and the school’s before- and after-school care program are allowing Dutchak, a former legal assistant, to complete her own studies toward a degree in social work.

Still, there have been about three times in the past couple of months that she’s kept her daughter, 7, at home for several days after presenting symptoms — the sniffles, for instance, or a slight fever — described on the school’s pandemic screening list.

She said she’s thankful that her daughter’s Grade 2 teachers are great communicators and attentive educators who have had at-home assignments, activities and guidance prepared for those instances.

However, having her at home has meant Dutchak’s own education comes second.

WATCH | Parent’s classes pushed aside when kid learns at home:

Kaela Dutchak, a university student in Saskatoon, describes how her own studies get pushed aside when her daughter must stay home after showing symptoms from the school’s COVID-19 screening list. 1:27

“Realistically, [attending university is] like a nine-to-five [job]. So when I have her home, I’m not doing that, let’s be honest,” Dutchak said. “That will definitely put me back a couple of days when she is home.”

She says it’s tough parenting solo during a pandemic without an extended support system beyond one or two friends whom she can call upon when in a major bind.

“She has to come everywhere with me.… You get looks from people at the grocery store. I’ve had people say things to me and I’m just like, ‘OK, should I leave her in the car or leave her at home alone? Like, what do you expect?'”

Typically up around 5 a.m., Eric Marquis begins his day by checking the latest news updates and tackling emails that arrived overnight from one of his jobs: acting mayor of Edmundston, N.B., which is currently under lockdown restrictions due to the pandemic.

After getting breakfast sorted, he then begins his remote workday for his other job: vice-principal of a local high school, which, like all schools in Edmundston, is operating remotely at the moment. This current stretch of remote learning is part of Edmundston’s second lockdown period of 2021.

Over the course of the school day, Marquis regularly dons a third hat, technology and internet problem-solver, if his wife, who is a teacher, his college freshman son or his eighth-grader daughter need assistance.

Both Marquis and his wife are carving out time these days to give their kids extra support in order to keep them on track with their learning, but “it’s not everybody who has a teacher in their house,” he said, noting that kids require a lot of help right now keeping up their education.

He is most concerned about how the pandemic has drastically cut the valuable in-person interactions students have with their teachers, he said. He’s worried about lost connections with students and, due to remote learning, educators potentially missing key cues alerting them to kids facing challenges.

Teaching through screens, “you don’t see the faces, you don’t see who those kids are and what their issues are,” Marquis said. “If you you don’t have that contact with the students, that is a major issue. And that is what unfortunately we’re living right now with this pandemic.”

WATCH | Educator on the value of daily, in-person contact with kids:

Parent and high school vice-principal Eric Marquis, also the acting mayor of Edmundston, N.B., is worried about how remote schooling has affected the connection between students and their teachers. 1:33

With about a month and a half left in the school year in New Brunswick, Marquis says he is hoping in-person learning resumes soon, even if it’s only the alternate-day system high schoolers have experienced so far this school year.

Looking to this fall, he’s hankering for normal times.

“We’re hoping that we’re going to have a full house, a full school in September,” Marquis said. “The past 14, 15 months have been extremely difficult on students, on teachers and principals and everybody else in the school system.”