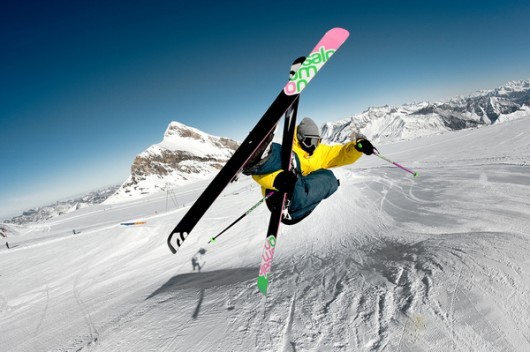 THIS IS AN INSANELY CLOSE CALL!!!

The hot bikini chick in this video came THIIIIIS close to getting destroyed by a parachute skier screaming down a run-in Washington … and the entire crazy scene was caught on video.

The footage was shot at the Sesh Up 2017 ski and snowboard event on May 21 at Mt. Baker.

We’re told the group of people on the mountain were just hanging out and having a good time in an area they THOUGHT was safe from paraskiers.

Miraculously, no one was hurt.