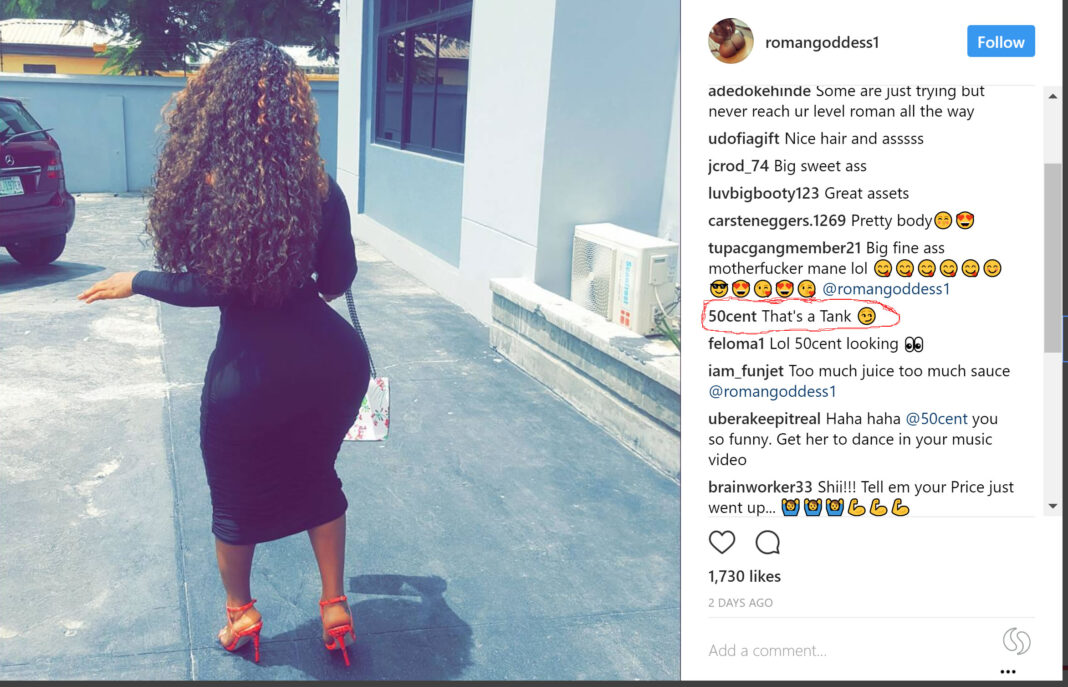 Heavily endowed Instagram celebrity, Roman Goddess who once complained that scammers use her big boobs to deceive people is no longer a regional champion.

The heavily endowed lady with well balanced curves during the weekend caught the attention of superstar rapper, 50 cent. This time she caught the rapper’s attention not with the boobs that has been blamed for scams but with the balancing backside.

“That’s a Tank,” the American rapper and businessman, 50 cent (realname Curtis James Jackson III) said on one of her photos on Instagram.

So from scamming boobs to head turning backside, could this mean Roman Goddess is on her way to featuring in her first international twerking assignment? 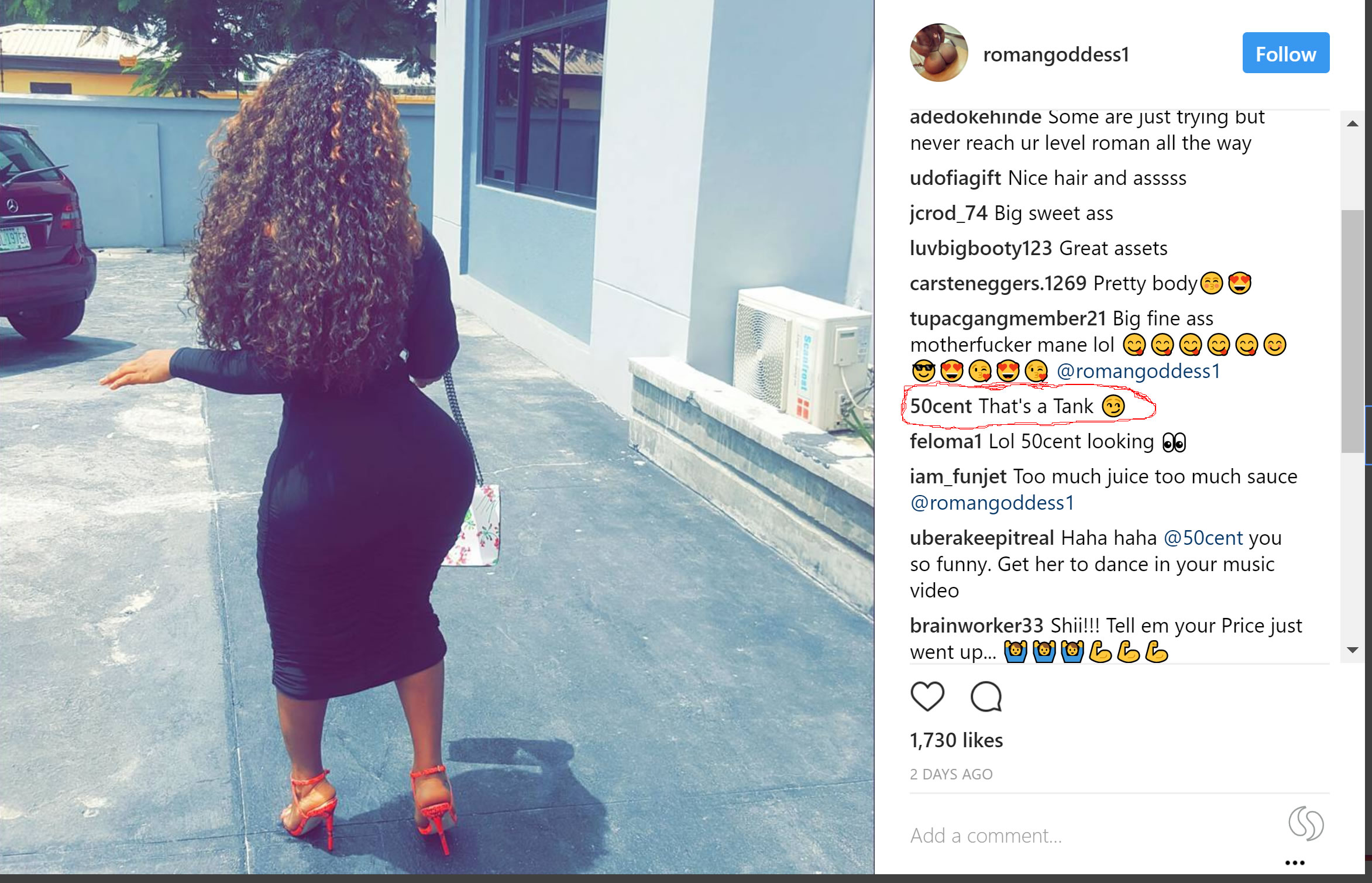