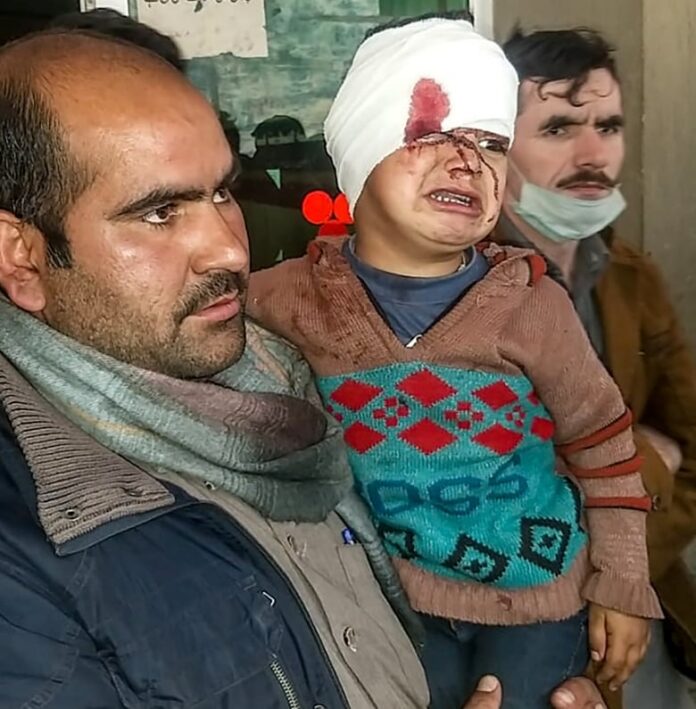 This column is an opinion by Bill Chambers, the president and CEO of Save the Children in Canada. For more information about CBC’s Opinion section, please see the FAQ.

How many children do you think will be killed or maimed today in the world’s conflict zones? The answer is truly shocking.

Every day for the past 10 years, an average of 25 children have been killed or injured in wars and armed conflicts. That’s about the equivalent of a classroom of Canadian students. Every day.

This devastating statistic is revealed in a new report from Save the Children titled Killed and Maimed: A Generation of Violations Against Children in Conflict, released today to mark World Children’s Day.

The report finds that despite progress in some parts of the world, increasing numbers of children are affected by conflicts that are becoming more dangerous and longer-lasting. Children are disproportionately affected by violence in many countries, including Syria, Afghanistan, South Sudan, and Yemen.

More than 420 million children were living in conflict zones in 2019 — the second-highest total on record — and 160 million of them were in “high-intensity conflicts,” according to the new report.

Since 2005, more than 250,000 grave violations against children, including killing and maiming, sexual violence, abductions and denial of aid, have been verified in the United Nations’ annual reports on children in areas of armed conflict. Of these, 106,119 (42 per cent) related to the killing and maiming of children.

These figures were recorded before the COVID-19 pandemic swept across the world and led to more than one billion children being shut out of their schools. If anything, the health crisis is making life even more dangerous for children living in conflict zones as the mechanisms in place to protect children are weakened.

Save the Children’s new report says that along with escalating conflict, political instability and gang violence during the pandemic, rising violence was reported in homes where children were not in school. As many as 10 million students may never return to the classroom, putting them at risk of early and forced marriage, child labour and recruitment by armed groups.

One hopeful sign is that after efforts by Canadian child rights organizations, Parliament’s Standing Committee on Foreign Affairs and International Development has accepted the need to study COVID-19’s impact on conflict-hit and fragile countries, and Canada’s response to it.

The committee said this should include the particular challenges of issues such as displacement, child protection, education and gender-based violence.

The Killed and Maimed report makes it clear that international donors such as Canada must resist the urge to scale back their efforts in conflict zones because of the pandemic. Humanitarian aid is critical, especially in the most fragile countries.

For example, a recent Oxfam study showed Canada has given just 29 per cent of its so-called “fair share” of contributions to the 2020 humanitarian response plan for Yemen, where conflict has raged for more than five years and the humanitarian crisis is the worst in the world.

More than 12,000 civilians have been killed and over 3.65 million forced to flee their homes. And yet a donor conference for Yemen in June saw international governments pledge only $1.76 billion of the $4.43 billion target for 2020.

That’s just half of what was raised for Yemen last year.

Those words ring as true today as they did then. Canada and other nations need to step up, show leadership, and ensure that children in conflict zones and fragile regions can live their lives and have the opportunity to fulfil their potential.

We cannot afford to lose 25 children today to conflict. Or any other day. We must stop the war on children and protect the next generation.

Where you live is who you are: Erin O’Toole and the new culture war

The 1976 U.S. swine flu vaccinations may offer lessons for the COVID-19 pandemic

Why some travellers get permission to cross the Canada-U.S. border and others don’t