Pandemic expanded online grocery shopping and delivery, but experts say in-store customers will be back 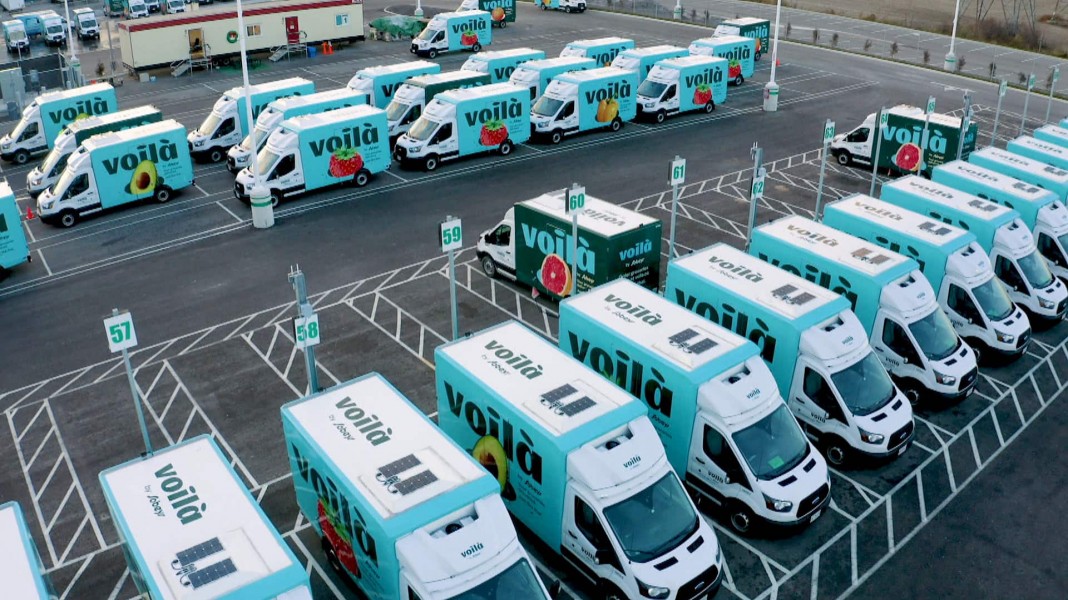 Online orders and delivery from Canada’s major grocers have gone from novel to normal since the pandemic began, accelerating a move to e-shopping that was already underway.

In its most recent quarterly report, the Canada-wide grocery giant said e-commerce sales rose by 241 per cent compared to 2019.

The unprecedented demand for online orders at Canada’s three largest grocery chains, which control more than 60 per cent of the country’s supermarket industry, has forced Loblaws, Sobeys and Metro to accelerate expansion plans that were already in the works. 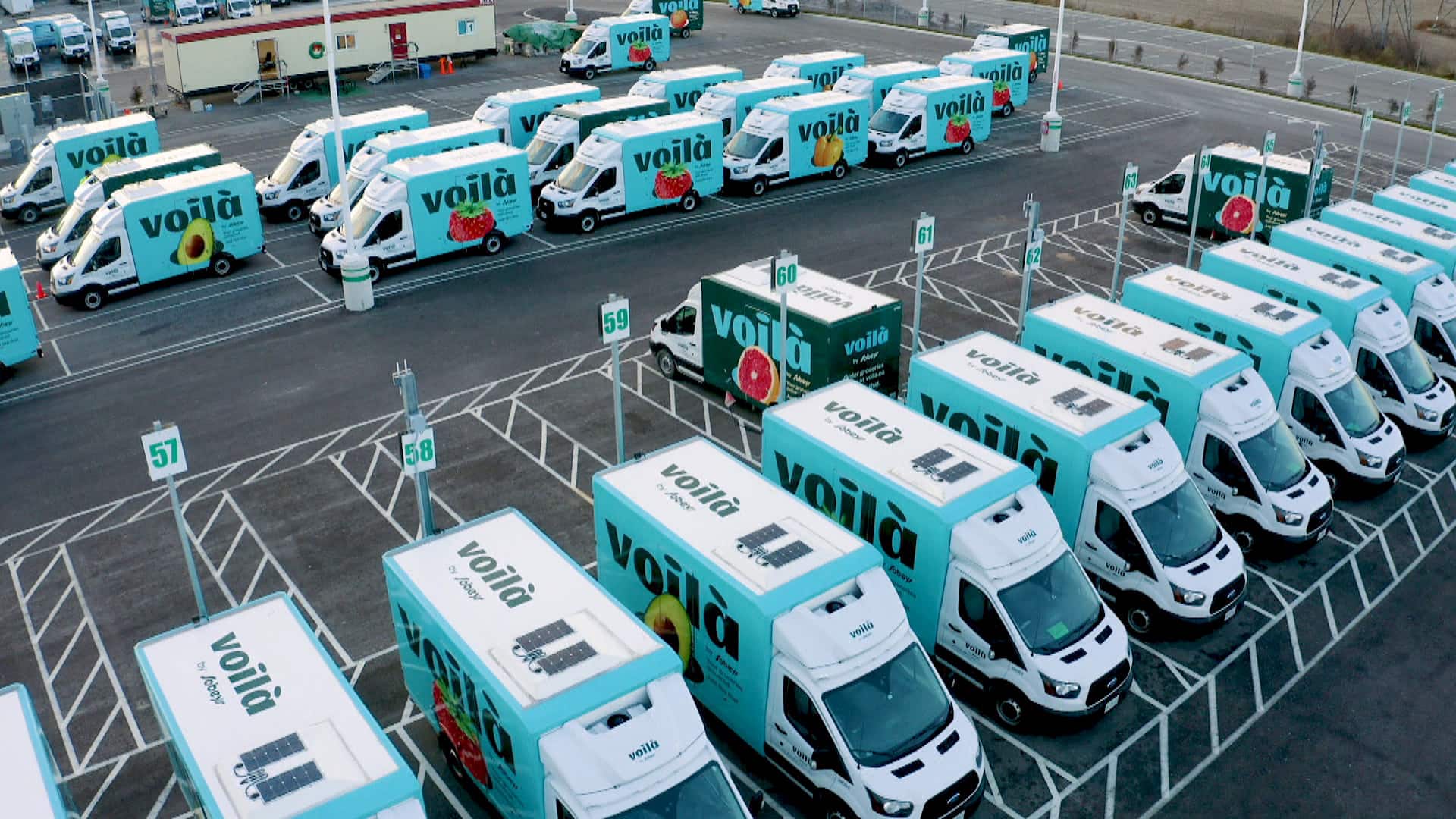 Canada’s three major grocery retailers made big investments in their online offerings when demand boomed during the pandemic, but some analysts don’t expect demand to continue at that level once the pandemic ends. 2:00

For instance, Sobeys, delivering under the name Voilà by Sobeys, in June opened a $100-million warehouse in Vaughan, about 36 kilometres northwest of Toronto. Inside, hundreds of cube-shaped robots compile online orders for more than 16,000 products. The robots move along a three-storey storage system known as “the hive,” delivering items to humans below who package them.

The robots, which come from the United Kingdom-based company Ocado, can round up a 50-item order in five minutes, Joyce said.

The Vaughan “customer fulfilment centre” has recently extended its service area to include Barrie, about 112 km north of Toronto, and Guelph, about 95 km west of the provincial capital, after already serving the Greater Toronto Area and nearby Hamilton. Sobeys says orders have increased every week since the launch. 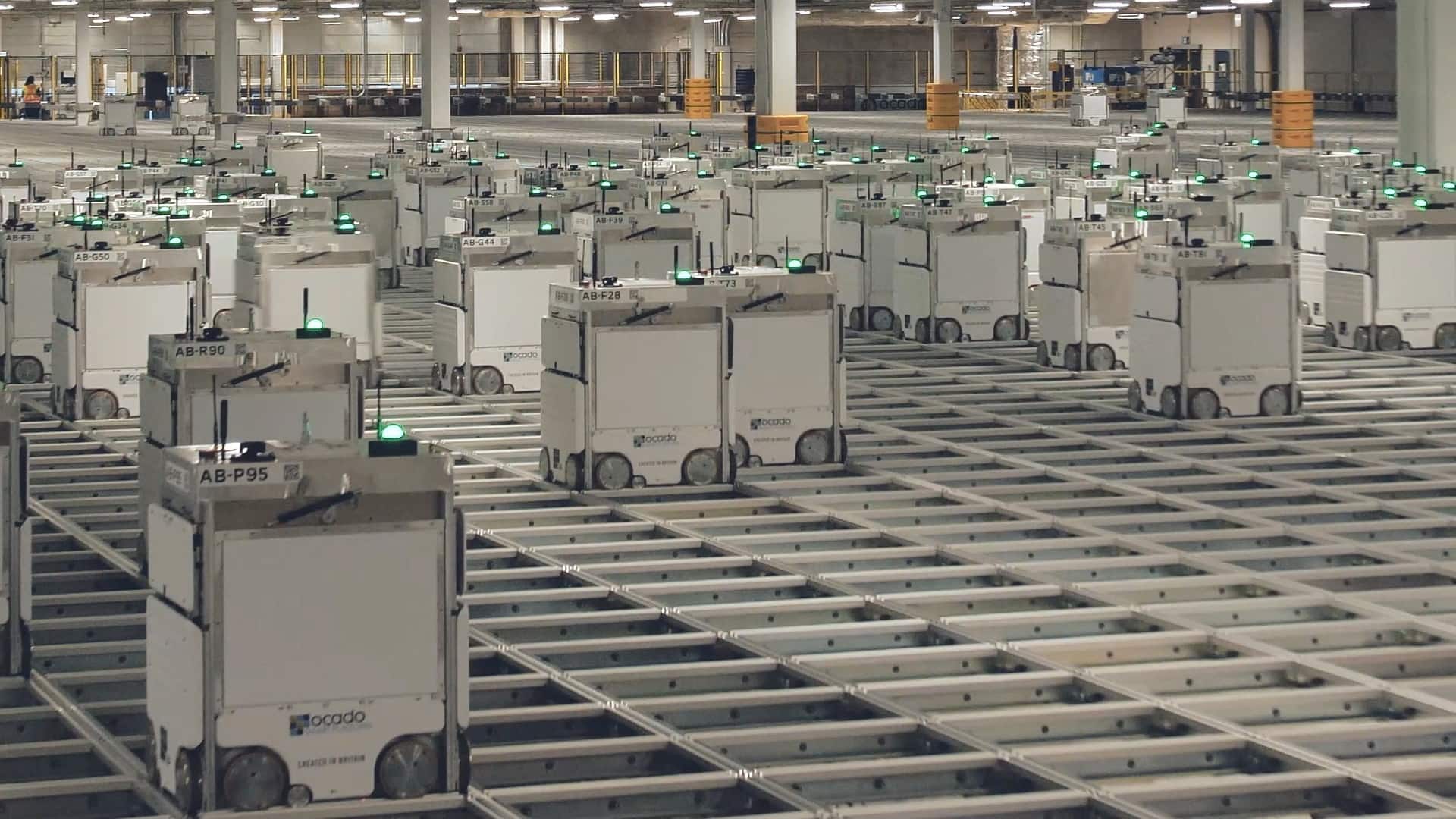 In this video provided by Sobeys, cube-shaped robots zip back and forth across a steel grid, each carrying groceries to where they’re needed in the floors below. 0:15

Metro, meanwhile, reported that online food sales had nearly tripled compared to the previous year. The company increased order capacity out of its hub stores and plans to open its first centre for online orders in Montreal this summer.

The company, which operates in Ontario and Quebec, had planned to have 40 locations with “click and collect” service by the end of the 2021 fiscal year and instead will aim for more than 100.

“We are accelerating our investment as demand is increased, and we believe that post-COVID consumer behaviour will have shifted somewhat towards online purchases,” said Marc Giroux, executive vice-president of e-commerce for Metro.

Loblaws says its e-commerce orders totalled about $1 billion sales in 2019, but by the midpoint of 2020, were already at $1.2 billion.

It has opened more pick-up locations and converted sections of five existing stores to strictly process online orders, with plans to convert additional stores in the works.

Gatik will be operating five such vehicles for Loblaws up to seven days a week, 12 hours a day, on five routes in the Greater Toronto Area. All vehicles will have a safety driver as a co-pilot.

Not all Canadians are keen on doing their grocery shopping virtually, however.

CBC News spoke with a half dozen shoppers outside a grocery store in Toronto, and most were skeptical about ordering from home.

Chan said online shopping has risen from 12 to 15 per cent of Canadian shoppers before the pandemic to about 30 per cent now, but she expects those numbers to fall when pandemic restrictions ease, largely because of consumers’ desire to see their produce.

She predicts that 20 to 25 per cent of grocery shopping will be done online in the long term.

“I suspect there may be some disappointment [among retailers] in how much … continued online grocery shopping there’s going to be,” she said.

Joyce agreed and said even Sobeys doesn’t expect e-commerce to take over entirely.

“The majority of the business will still be in stores for a long, long time to come,” she said.