Panama Cuts Ties With Taiwan, Opts To Support China Instead 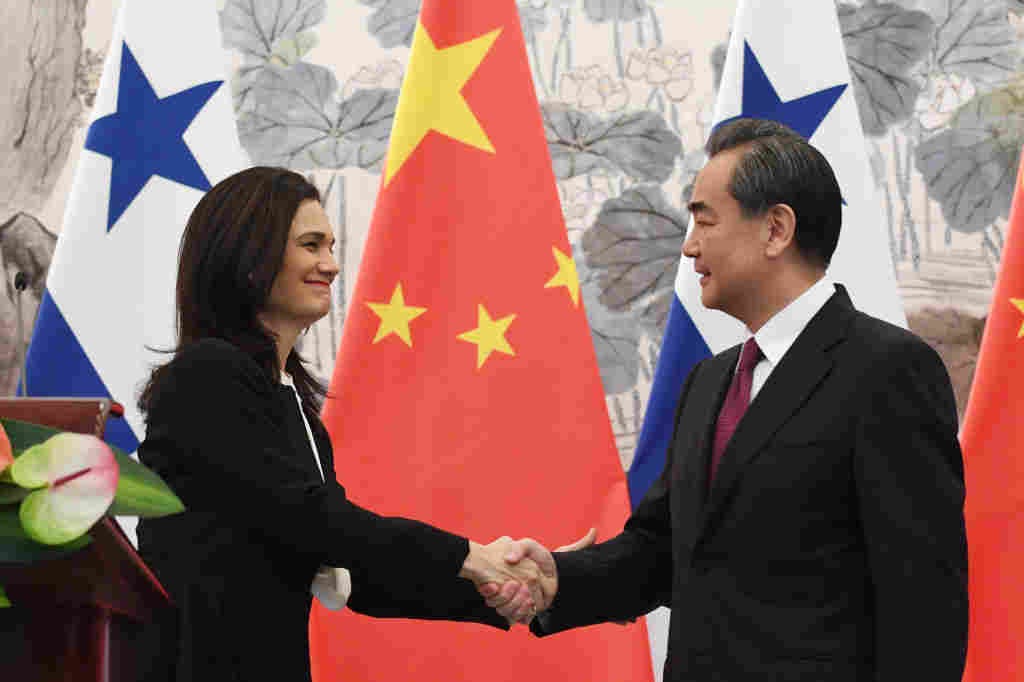 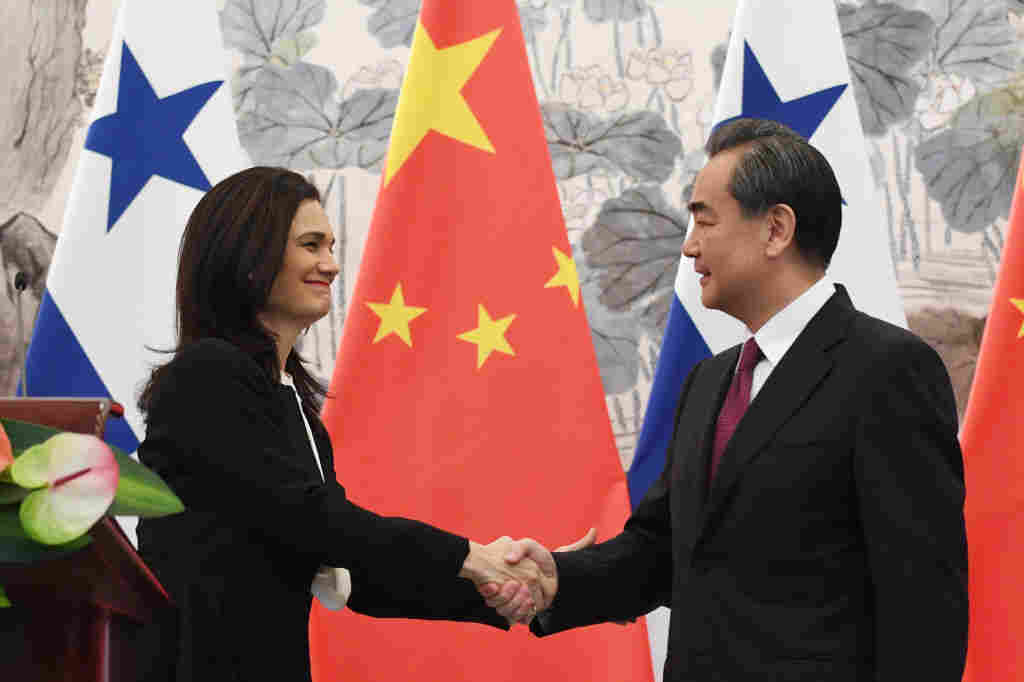 Panama has announced that it is cutting ties with Taiwan and instead establishing relations with China. The shift is a major win for China as it seeks to isolate Taiwan, which now has diplomatic relations with just 20 countries.

China and Panama announced the move in a joint statement, saying it was in the “interest and wishes of both peoples.” The two countries agreed to exchange ambassadors.

“Eleven of the 20 countries left that recognize Taiwan are in Latin America and the Caribbean,” NPR’s Carrie Kahn reported. Of the countries that still have ties, Panama has the largest economy.

The Panama Canal is a crucial waterway for trade. NPR’s Anthony Kuhn reports from Beijing that Panama “is emerging as a hub for China to ship its goods to South America, and Beijing has invested millions of dollars in infrastructure around the Panama Canal.”

China considers Taiwan a breakaway territory, and relations between Beijing and Taipei have recently grown more tense. “Beijing does not trust Taiwan’s President Tsai Ing-wen, whose party has traditionally taken a pro-independence stance,” Anthony says, “so it has used investment and other incentives to lure away Taiwan’s diplomatic partners.”

Taiwan is slamming the shift in ties. Minister of Foreign Affairs David Lee called it “most unfriendly” and said that Panama had been deceitful “until the last moment,” according to the Taipei Times.

Other countries in the region with ties to Taiwan have issued little response. Guatemala declined to comment, Reuters reported. An official from Honduras, speaking on condition of anonymity, told the news service that the country intended to maintain ties.

Ross Feingold, a senior adviser at D.C. International Advisory, tells The New York Times that Panama was one of Taiwan’s most important allies – and now, “it is very possible that the remaining countries will switch.”

These are the countries that Taiwan still has diplomatic relations with, according to its Ministry of Foreign Affairs: