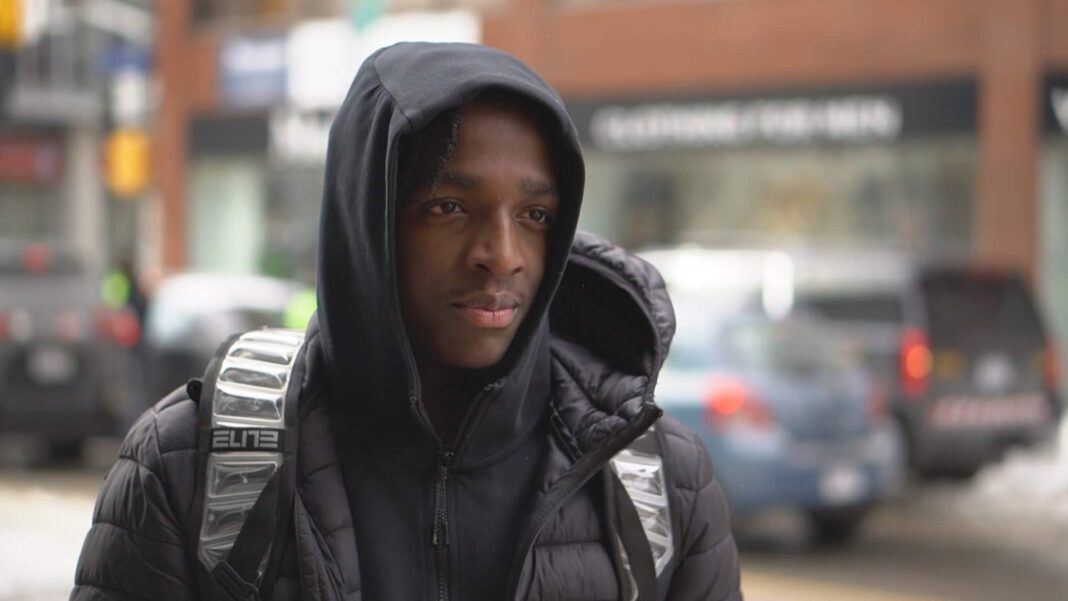 For Juan Sosa, Saturdays were always the worst.

That’s when the trucks parked outside Sosa’s fourth-storey apartment on Queen Street would blare their horns day and night, with no apparent regard for him, his partner or their neighbours.

The constant drone drove Sosa to cover his ears with noise-cancelling headphones and shut himself in the bathroom. It didn’t work.

“I couldn’t hide anywhere,” he said Wednesday. “I did feel like I was going crazy.”

For many residents, particularly those living in the Centretown “red zone” where a sense of menace hung as thick as the diesel fog for three lawless weeks, the occupation of Ottawa pushed them to the brink, psychologically and emotionally.

For some, especially those who were already struggling to keep a grip on their mental health, it might have pushed them over. 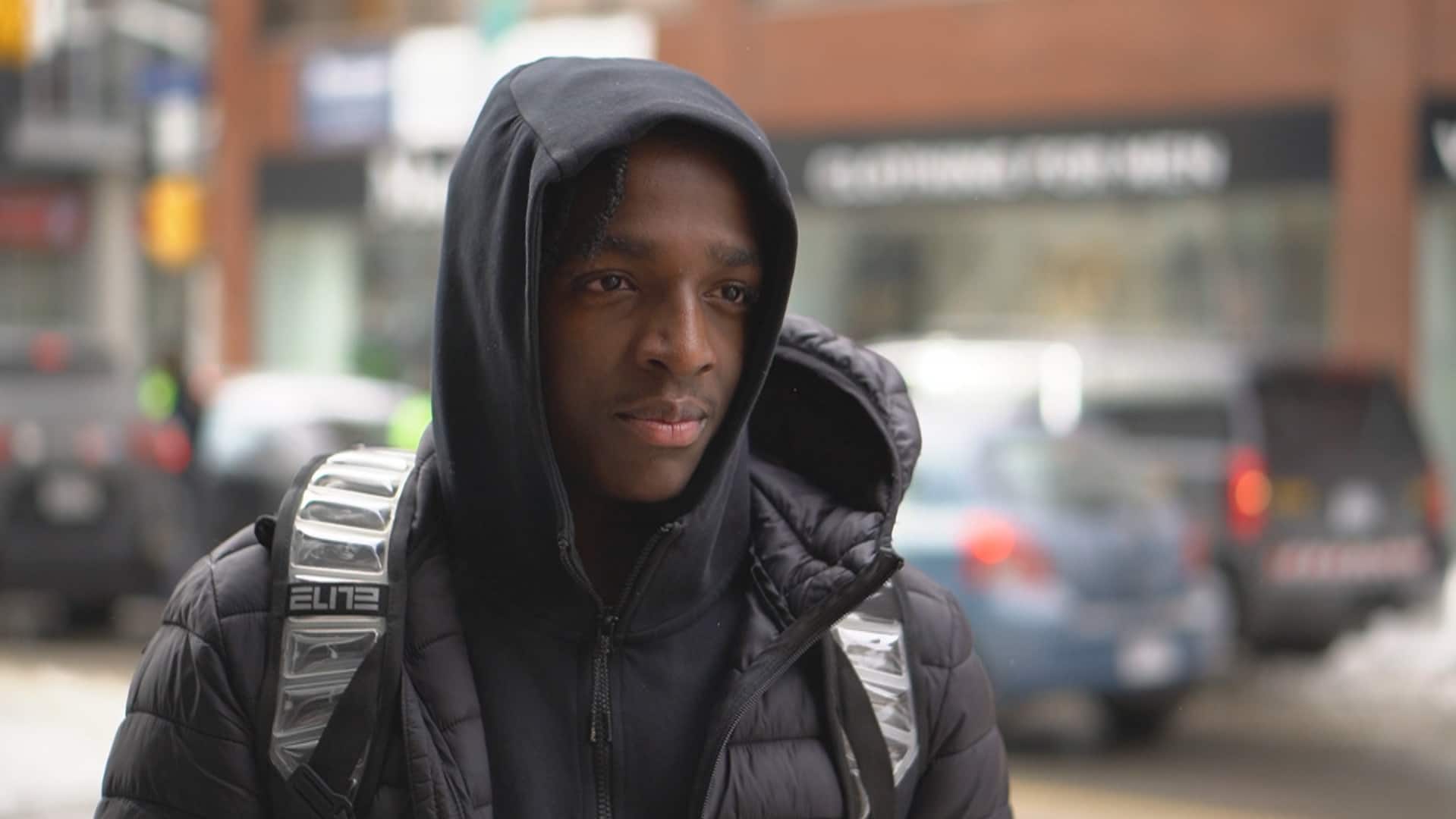 Ottawa residents say their mental health has suffered after three weeks of protests downtown, leaving them exhausted and struggling to return to normal. 2:00

“I saw firsthand what was happening to my clients,” said KJ Thomas, a social worker with The Royal, Ottawa’s mental health centre, who took part in home visits during the occupation.

“They were terrified. They didn’t understand what was happening,” Thomas said. “I had a client who was pushed to the ground, I had multiple reports of name-calling and whatnot, and then just fear to leave the home at all, fear of what would happen, fear of the unknown.”

You don’t even realize all the multiple ways that something like this impacts the community.– KJ Thomas, The Royal

Their anxiety intensified when it became apparent that Ottawa police were themselves struggling to control the situation, she said.

“We’re seeing sharp increases in depression and anxiety, and a lot of that can be related to the unknown — not knowing what that situation was, not knowing what it was going to become, people feeling really trapped and helpless because they didn’t know who to turn to.”

Thomas said her team’s “boots-on-the-ground” outreach work was itself often hampered by the occupation.

“So it was really affecting how we could give quality time to our clients,” she said.

Thomas tells the story of one client who landed a job as a dishwasher, but who felt so unsafe during the occupation that they started taking taxis to work, surrendering whatever meagre income they’d finally started to earn.

“This person was so proud of this job,” Thomas said. “You don’t even realize all the multiple ways that something like this impacts the community.”

Zahra Nafar, a registered psychotherapist and certified clinical trauma professional, said her patients have also suffered during the occupation.

“There hasn’t been one person among my Ottawa patients who has not been impacted one way or another. A lot of them have been experiencing lots and lots of anxiety, some of them PTSD-like symptoms,” said Nafar, who added she also experienced harassment while trying to get to her Albert Street office.

She said even now, that intense fear lingers.

Nafar said for people who have experienced trauma in the past, that fear is even more intense.

‘Gaslighting’ only adding to problem

Many residents, whether they’ve endured past trauma or not, have been experiencing such physical manifestations as hypervigilance, insomnia, irritability, restlessness and difficulty concentrating, Nafar said.

Then there’s the honking, which some residents say they continue to hear days after the last truck was towed away, like a menacing phantom.

“Right now, our brains go to that place of trauma, that worst-case scenario, and it is going to take time for individuals, for our community to [get] back to a point where our reactions are not heightened,” Nafar said.

On Wednesday, Ottawa city council discussed the occupation’s impact on the mental health of residents as officials try to come up with an adequate response.

“This is a lot of trauma that people have experienced, and we really need to support them on the ground,” noted Coun. Shawn Menard, who’s been highly critical of the initial response by Ottawa police and other agencies.

Coun. Cathy Curry noted the “gaslighting” that’s currently being perpetrated by many Canadians, including some politicians, is only adding to the sense of abandonment many Ottawa residents are feeling.

“The thought that all across Canada, people would think that we really were making this up, that it really was about love, that’s really upsetting to people,” Curry said. “People will have a need to manage that trauma.”

The following mental health advice was submitted by KJ Thomas of The Royal:

Check in with yourself. How are you feeling? What are your thoughts and behaviours like? Has there been any change to your sleep, eating, temperament or bodily sensations? If so, it’s a good idea to check in with a doctor or counsellor, or even a trusted loved one.

When in the moment of struggle, try to think back to times you felt at peace and ask yourself, ‘What parts of that can I emulate?’ Focus on pieces that are within your control, and remember small steps are relevant and impactful on wellness.

We are all full of strengths — this is what brought us to the place we are today. We will continue to be resilient, and having others to lean upon can help support us through change.

Check out The Royal website for resources. There are many groups offered free of charge, as well as learning opportunities. Additionally, the mental health crisis line is available to all, 24/7, at 1+ (866) 996-0991.