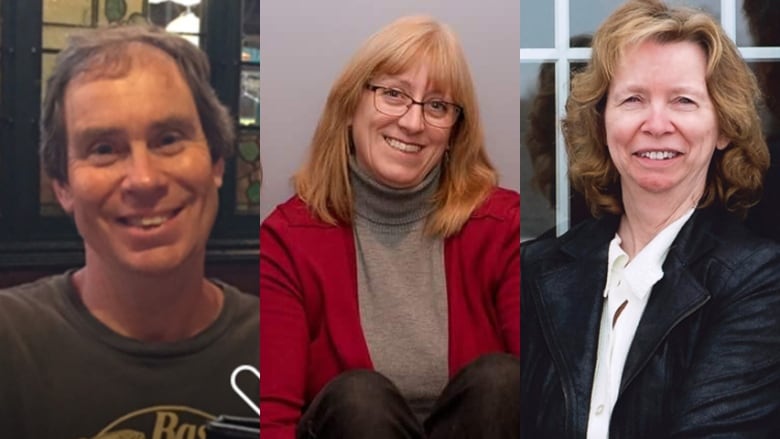 The Ottawa bus driver in a 2019 fatal crash at the Westboro transit station has been acquitted of all criminal charges.

In a decision delivered Wednesday, Ontario Court Justice Matthew Webber acknowledged the “pure magnitude of human suffering” that gripped the city in the aftermath of the Jan. 11, 2019 crash.

“This is a tragic, tragic case indeed. And the degree of human pain and loss that was suffered by so many has not eluded me. However, to convict Ms. Diallo of this serious criminal offence on the strength of the proven conduct before me, would be to cast the net far too wide,” Webber said.

Judge found driver intended to merge but was led astray

Diallo intentionally merged from the left lane into the right service lane seconds before she drove off the road, Webber found, acquiescing to a passenger’s stop request.

The “oppressive” sun setting in front of her was “obviously a hazard,” while an “errant” and misleading road marking led her directly into a snow-filled gutter, Webber added, contributing to the crash.

“In all likelihood, she was influenced by the road marking to move too far to the right … Diallo followed and into the open gutter she went,” he said, adding the incorrect road marking was likely enhanced by the sun’s rays.

“I have found that if a bus was to follow that painted line … the bus would likely end up in the open gutter full of ice and snow at the time.”

Once the bus was off the road there were three separate but sequential collisions, all of which happened in a matter of seconds before the bus crashed into the station’s steel canopy.

The bus first collided with a snowbank within one second of leaving the road, which Webber said would have been jolting and the bus windshield was covered with snow as a result.

The bus then collided with the rock-faced wall through which the Transitway had been dug, blowing debris through the front door of the bus and into the vehicle.

One second later, the bus struck another snowbank — its third collision before hitting the awning, and the bus rocked back and forth during all of it.

“The limitations of human perception and reaction times would have made it next to impossible for Ms. Diallo to meaningfully respond to the crisis she found herself and her passengers in, given the rapidness of the sequential collisions that occurred,” Webber said.

“Within approximately two seconds of hitting the second snow bank, bus 8155 collided with the canopy of Westboro station.”

Webber found Diallo’s driving, up until the point of the first collision, had been “flawless.”

Webber told the court Diallo’s manner of driving merited scrutiny — not the fatal consequences of the crash — and it would need to be a “marked departure” from the standard of care that a reasonable person would show.

“Once the bus was in the gutter and subjected to the barrage of consecutive collisions, she may well have done nothing but the realities of human perception and reaction times … (would have rendered) her unable to do so,” he said.

“These events happened in a matter of seconds.”

Diallo failed to keep the bus on the paved surface but the “genesis of that act” was her own attempt “to comply with what appeared to be a legitimate road marker.”

During the trial earlier this year, the Crown and defence presented arguments based on video taken by OC Transpo cameras at the Westboro station, onboard video from the bus, and data recordings from the transit agency’s computer systems. Witness testimony included passengers on the double-decker bus and OC Transpo trainers and maintenance staff.

Assistant Crown attorneys Dallas Mack and Louise Tansey argued Diallo’s training as a professional driver meant she had a higher duty of care and the double-decker bus was in excellent working condition on the day of the collision.

Defence lawyers Fady Mansour and Solomon Friedman argued there were several mitigating factors that helped explain why the bus left the roadway, and why Diallo couldn’t regain control.

“She was put in an awful position by circumstances that were well beyond her control. She did her very best and tragically, unfortunately, her very best was not good enough,” Friedman said.

He also acknowledged “the immense pain and suffering experienced by all those on that bus, the family members of those who lost their lives.”

Friedman called the case a “wake-up call” for OC Transpo and the level of training the city’s transit operator offers to drivers.

“This is a case where charges never should have been laid,” he said, adding nearly three years of facing criminal prosecution caused “tremendous stress, trauma and anxiety” for Diallo.

“What she is doing now is thinking about what happened and taking the steps to move forward with her life.”

Mayor Jim Watson told reporters Wednesday he supports the process that led to this final legal decision, while acknowledging how difficult the verdict would be for some members of the community.

“We may not like the decision, but we have to support it. This has obviously been stressful for the driver herself. As you can well imagine. But as I said, our first thoughts, of course, are with the family and friends of the three individuals who lost their lives on that tragic day in Westboro,” Watson said

The outgoing head of OC Transpo, John Manconi, said the driver training system does have “checks and balances” and the city recently acted on recommendations from an audit of the training program, which also addressed road markings at transit stations.

Family members of victims Judy Booth and Bruce Thomlinson did attend Wednesday’s decision at the Ottawa courthouse. They declined to comment on the verdict.

The City of Ottawa has accepted civil liability for the collision and paid out $5 million to victims’ families two years after the crash.