Osun election: Oyetola, Aregbesola fought each other after robbing me – Adeleke 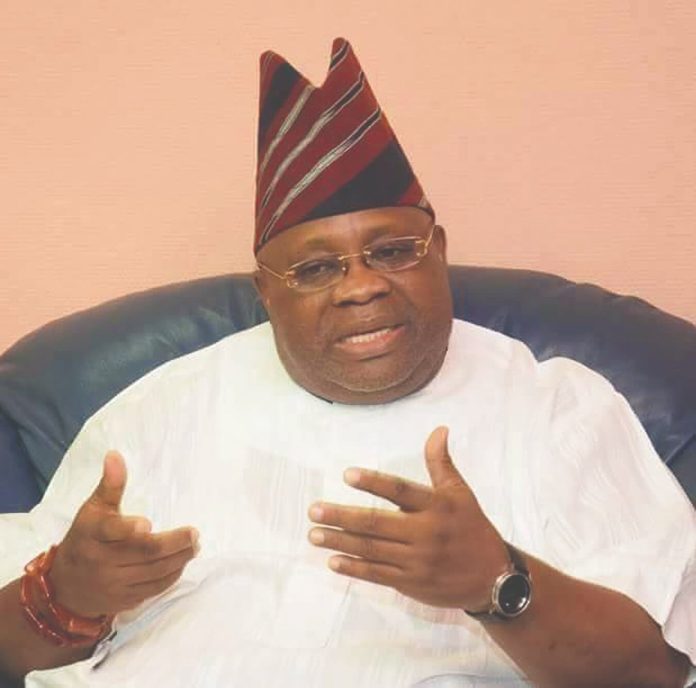 Osun State governor-elect, Ademola Adeleke has revealed that Kolapo Alimi, one of the lawyers that represented the incumbent Governor, Gboyega Oyetola, told him that he was robbed during the 2018 governorship election.

Four years ago, the Independent National Electoral Commission (INEC) announced Oyetola as the winner of the election, following a rerun in seven polling units across four council areas.

In July 2019, the Supreme Court affirmed the decision of the Court of Appeal which nullified the March 22 judgement of the Osun State election petition tribunal.

The tribunal had declared Adeleke as the winner of the September 2018 election.

“Kolapo Alimi was one of the lawyers that represented Oyetola at the tribunal.

“Anytime I saw him (Alimi) in court, because I’m a civilised person, I will go to them and greet them and say ‘how are you doing?’ It was later he apologised and said ‘he was thinking ‘why is Senator Adeleke greeting me? We are trying to mess him up and he is still greeting me’.

“But he later told me that while I was greeting him, I didn’t know that I was giving them poison. They knew that I won the election and they rigged me out and I was still greeting them. I believe that Aregbesola and Oyetola fell out,” Adeleke said, while speaking on Channels Television on Monday night.

When asked what his reaction was when Oyetola and Aregbesola fell out, Adeleke replied: “I said God is good. These (Aregbesola and Oyetola) are the people that colluded that time. They were together. Kolapo Alimi told me the truth that they robbed me.

“Even the president said it when he came over here that they won the election through remote control.”