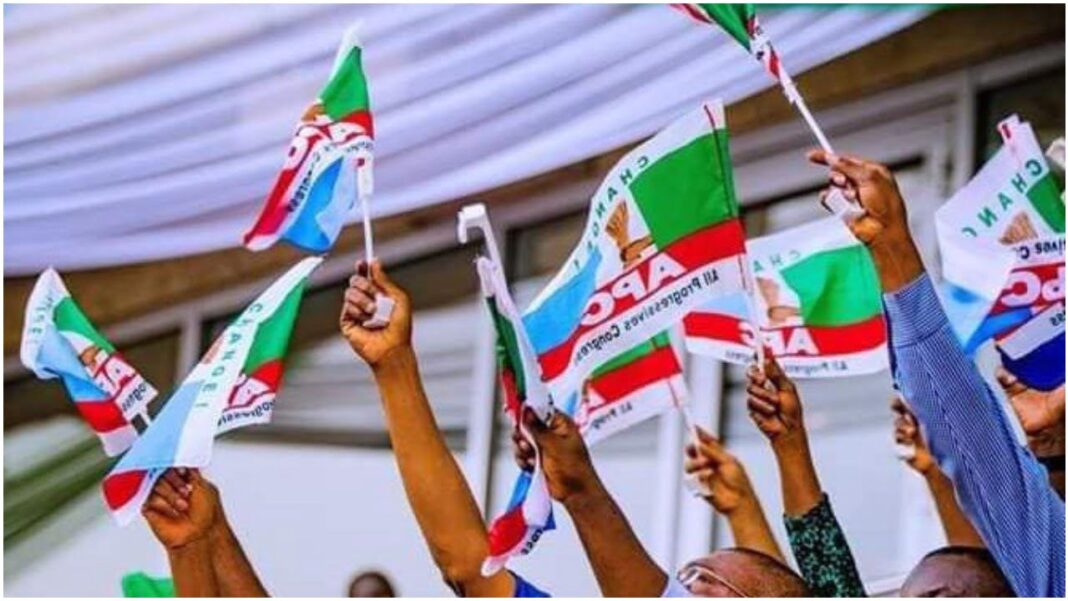 The primaries organized by the All Progressives Congress (APC) in Osun State to pick its candidates for the October 15 Local Government election were marred by the crisis.

The exercise was held on Saturday, amidst disagreement and protest in some local government areas.

The primaries did not hold in some local government areas where members did not have consensus arrangements.

In Olorunda Local Government, elections did not take place, while the electoral materials were held inside the council area.

Some members of the Olorunda Local Government Area stormed the Council to protest the non-release of materials.

However, they were dispersed by police officers deployed to the area with teargas and sporadic shootings.

In Boluwaduro Local Government Area, the exercise was held successfully in many wards, during which many of the councillorship candidates emerged through a consensus arrangement.

But in Inisa, the headquarters of Odo Otin South LCDA, APC members that came out to vote in some units, had to leave, when they were told some leaders were holding meetings to adopt some people as consensus candidates.

In Ila, the headquarters of the Ila Local Government Area, the exercise was held without a hitch at Oke-Ejigbo Ward 3.

In Osogbo South LCDA, the primary did not hold as members that had gathered inside Laro Primary School, Osogbo, rejected a consensus arrangement, forcing officials that would oversee the exercise to leave the venue.

Efforts to reach Media Adviser to the APC chairman in Osun State, Kola Olabisi, proved abortive as calls to his phone did not go through.