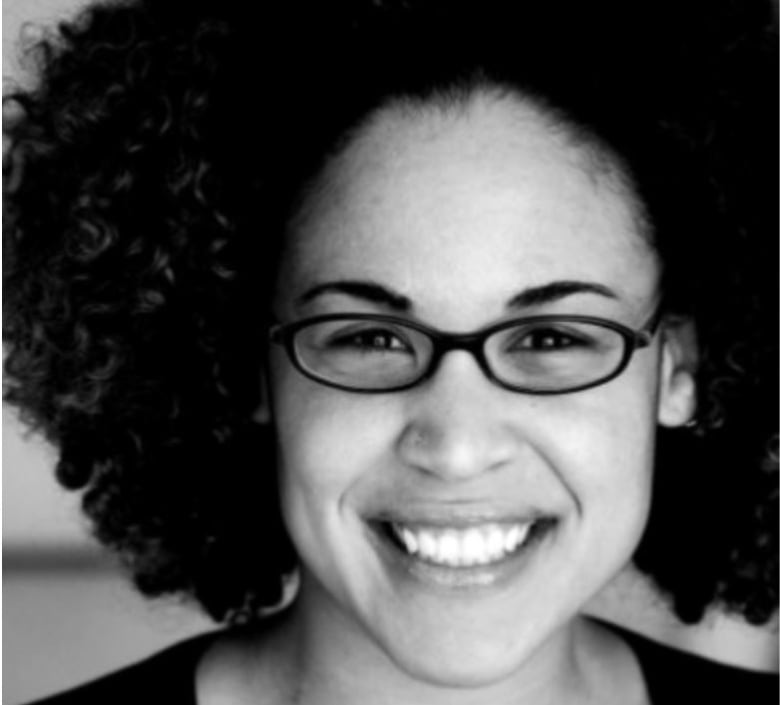 Deanne Simms remembers walking into a salon as a teen and being met by a woman who was frantically running toward her from a back room, waving her hands in the air, yelling, “No, no, no; we don’t do your hair here!”

Years later, after she had her first child, a stylist at a different salon told her it takes generations to get rid of her hair’s texture and it’s a big “problem to solve.”

As a biracial woman, Simms says her hair is important to her and tied to her identity. Throughout the years, she’s gotten used to hearing comments about her hair or people touching it without asking.

“Communications around this seem to implicitly drive the narrative that there’s something wrong with my hair, as opposed to a lack of skill or resources or ability to appropriately care for my hair,” said Simms, referring to her experience with some stylists.

“That’s been something that, especially as I was younger, was really difficult to navigate. And it left me feeling confused and at times pretty isolated.”

As a clinical and health psychologist in Toronto, Simms says she understands the importance of self-care and finding a place for that where people are welcomed, supported and accepted. It took decades for her to find the right stylist, she says.

While there’s more diversity in salons now, the education hasn’t changed much and many within the industry feel textured Black hair is being ignored. Ontario’s program standards include very little training on textured and curly hair, which leaves clients with no assurance a stylist is capable of working with their hair, and stylists feeling unprepared to work in the field.

“You’re learning one side in school, and just completely not the other, for such a big portion of our population,” said Michele Bonnick, a longtime Toronto salon owner and Simms’s stylist.

Bonnick grew up in Toronto, where girls in her neighbourhood would braid her hair. She learned to braid her own hair when she was 11. Later, she trained under her uncle, who opened one of the first Black hair salons in Toronto.

She also got her licence in Toronto, but wanted more education on working with Black hair, specifically on how to naturally care for and maintain healthy hair, as well as how to better cut textured hair. So she travelled to the U.S. frequently for workshops on textured hair and to learn from Black stylists, before opening up Amani Hair Studio in 2000.

“I forced myself to leave Toronto because I felt so inadequate about my skill set,” said Bonnick. “I didn’t want to do it anymore if I couldn’t do my own people’s hair.”

She found herself doing a lot of corrective work for Black clients coming from other salons. Some were developing alopecia, when hair falls out in small patches, or thinning hairlines because their hair was being pulled too tight. So Bonnick started offering workshops for stylists across Canada to learn the basics of working with Black, textured and curly hair, including braiding, weaving and extensions.

“It’s different — but it’s not that much different where it’s totally foreign,” she said. “It’s all about technique and just taking your time.”

She and other hair stylists who specialize in textured hair say there’s a double standard when it comes to the province’s education model: Everyone, including those who specialize in Black hair, must learn techniques that cater to straight hair types, while the only mandated techniques for Black or textured hair are Eurocentric — learning how to chemically relax hair to straighten it.

The Ontario College of Trades (OCOT), which sets education standards for hairstylists in Ontario, said it’s aware of concerns related to a lack of diverse training techniques. Its program standards act as a road map for schools to develop their curriculum.

An OCOT spokesperson said work on incorporating Black and ethnic hairstyling techniques began in 2017, but the standards were never revised. OCOT blames the winding down of the agency; in 2018, the Ford government passed legislation to transition OCOT into a ministry-led system.

While there are different paths to become a hairstylist in Ontario — a diploma program at a college, private hair school or through an apprenticeship program — each stylist writes the same provincial certification exam to become licensed.

WATCH | Stylist who created petition speaks on the importance of diversity in hair education:

While some may learn about Black or textured hair in their specific program — for example, in 2018 Ottawa’s Algonquin College included more training for textured hair, and Bonnick has been hired by a private school in Toronto to educate its teachers — there isn’t any mandatory training. And the licensing exam includes very little about textured hair.

Deanna Douglas, the hairstyling program co-ordinator at Algonquin College and secretary of the Ontario Professional Hairstylist Association, says the standards are too ambiguous and schools can interpret them differently.

“I think it’s time for a change,” she said. “It’s time for the curriculum to be updated and to be really laid out.”

Cherice Beeso, who graduated from a Toronto hair school last year, knows how to work with curly hair because she and her children have it. But she says her program hardly scratched the surface.

“We barely even touched on [textured hair], and if we did, it was mainly how to get it straight; not even how to deal with making curls pop, dealing with different hair textures. It was more so getting rid of that texture,” she said.

OCOT says it’s researching and reviewing the current training standards, including how they relate to Black and ethnic hairstyling techniques. It says it anticipates the process for developing the new standards will be finalized by the end of this year.

“During the program development update process, the College has been, and remains committed, to ensuring that a wide cross-section of diverse stakeholders from the hairstylist industry are engaged, followed by a broader public validation process of interested stakeholders,” a spokesperson said in an email.

Beeso now works at Ziba Style Bar in Toronto, which prides itself on serving a diverse clientele. The owner, Solange Ashoori, says in her hiring process, she found a lot of stylists weren’t able to work with textured hair.

Last summer, she started a petition demanding the Ontario government include a comprehensive training program for Black and textured hair. But since then, Ashoori says she hasn’t heard from OCOT and is frustrated the program standards haven’t changed.

“I feel like a lot of these things are made to look like they’re much harder than they are to implement — and it’s rooted in systemic oppression and racism to me,” she said.

Similar petitions have been started in other provinces. While each province manages its hairstyling education differently, many program standards and the interprovincial Red Seal exam all stem from the National Occupational Analyses (NOA). Its exam preparation guide doesn’t include any separate knowledge of working with textured hair, other than cutting “diverse textures,” using chemical relaxers and hair extensions.

Ashoori encourages schools to implement their own curriculum to include textured hair education, even if governments don’t mandate it.

“I believe that every person that walks into an establishment for beauty services should feel amazing and accepted,” she said.

Ashoori and Bonnick both opened their salons to fill a gap they experienced, and say hair is rooted in culture and identity.

Bonnick often explains the historical significance behind certain styles to her clients, including mention of slaves braiding maps in their hair to help with escape.

“They found a path to freedom so hair is really tied into Black culture.”