Grassy Narrows to get $68.9M more from Ottawa for centre to care for people with mercury poisoning 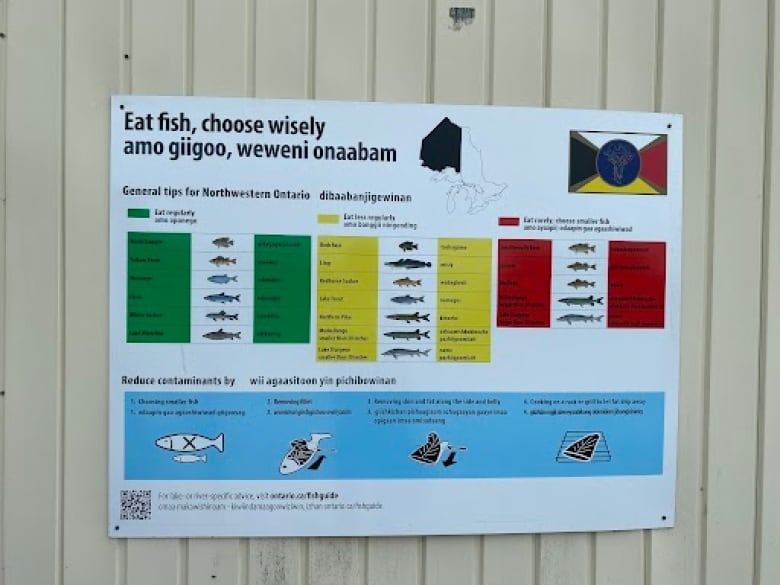 Six decades after tonnes of mercury were dumped into the Wabigoon River, Grassy Narrows First Nation has reached an agreement with Ottawa for $68.9 million more in funding to build a home that will care for people experiencing the health impacts of the chemical.

The agreement, announced Monday, comes nearly 60 years after mercury from a Dryden pulp and paper mill was first dumped into the English Wabigoon River, upstream from the northwestern Ontario First Nation.

For decades, residents of Grassy Narrows, located about 80 kilometres north of Kenora, have been dealing with mercury contamination, which has impacted physical and mental heath, and the lives and culture of the community of about 1,500.

“This is a big milestone for my people on our path to gaining dignified care for our people, and full mercury justice.  I honour our many community members who worked for decades to make this happen against all odds,” said Grassy Narrows Chief Randy Fobister in a written statement.

Marc Miller, minister of Indigenous services, was in Grassy Narrows for the announcement and signing of the binding agreement, which will be used for the long-term costs of providing care and services at the facility.

“I am honoured to have had the opportunity to meet with Chief Randy Fobister in Asubpeeschoseewagong Netum Anishinabek to reinforce the commitments that Canada has made to the community and its leadership; acknowledge the recommendations of its Community Health Assessment Report; support the construction, operation, maintenance and specialized service delivery of a mercury care home; and ensure that the immediate and long-term health needs of the community are met,” said Miller in a written release.

The Mercury Care Home, which is expected to open in 2023, will have in-patient capacity for 22 “mercury sufferers.” It will provide outpatient services for Grassy Narrows members dealing with the multiple facets of mercury poisoning, according to the First Nation.

It is estimated 90 per cent of the population in Grassy Narrows , an Ojibway First Nation, has symptoms of mercury poisoning. They include neurological problems ranging from numbness in fingers and toes, to seizures and cognitive delays.

“Minister Miller has promised Grassy Narrows that Canada will be there as a partner to make sure that our loved ones who are suffering from mercury poisoning will get the good care that they need at the Mercury Care Home for as long as they need it,” said Fobister. “I respect Minister Miller for taking this important step today toward keeping his word.

“We expect Canada to continue to honour this sacred promise, and we will make sure of that. Our work is not done. There is still much more that needs to be done to restore the damage that mercury has done to our community.”

Construction to begin in 2022

The agreement comes after years of discussion and frustration, and has been gaining momentum since 2017, when Indigenous Services Canada pledged to build the facility.

In April 2020, Grassy Narrows and the federal government reached an agreement for the construction of an on-reserve care facility,

At that time, Indigenous Services Canada pledged $19.5 million to go toward the construction as they worked toward obtaining additional funding for operations of the facility.

In 2020, Canada signed the Mercury Care Home Framework Agreement, which commits Canada to funding the construction and long-term operation of the facility following Grassy Narrows’ plans.

Amendments were made to the framework agreement announced Monday. It now promises to provide the funding as a lump sum payment.

“Recognizing the uncertainty about whether this funding will prove to be enough, today’s agreement includes a way to increase that amount in the future if more funds are needed to run the facility well and to ensure that the care needs of mercury sufferers are met in the long term,” says a Grassy Narrows release.

The $68.9 million announced Monday is based on the amount needed to run the Mercury Care Home, as estimated in a 2018 feasibility study, according to the First Nation.

Preparations for the Mercury Care Home are underway. Grassy Narrows plans for construction begin in spring 2022.