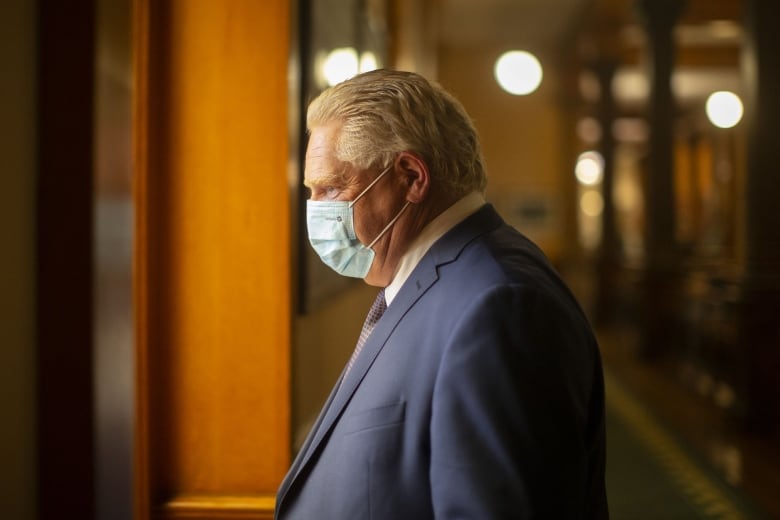 An Ontario woman says she was incensed after receiving a fundraising letter from the Progressive Conservative Party of Ontario that looks like an invoice — something two opposition parties are already criticizing as a “scam” and a “deeply concerning” attempt to mislead people.

Part of the letter is labelled “invoice” and looks like a bill to be sent to the Ontario PCs in Toronto. The only line item says “Election Readiness Fund” and lists a total of $300, then lower down the page states there’s a “balance due.” The word donation does appear, but only at the bottom of the page. You can see the “invoice” section of the letter at the bottom of this story.

The letter does include two pages. The first is a standard letter explaining the need for the PCs to fundraise ahead of next year’s election, but the second is the part that looks like an invoice. Part of the letter says “Please pay the enclosed invoice to send Doug Ford the message that we’ve got his back.”

Veronica Doyon, who lives in North Bay, Ont., shared an image of the letter on Reddit on Tuesday where many raised concerns it could dupe people, particularly vulnerable seniors, into thinking they owed the party money.

“It just made me angry,” Doyon told CBC News. “Honestly, I couldn’t believe the gall of whoever put this together to try and tell me I owed them money while at the same time trying to ask me to voluntarily donate it.”

It’s unclear who the PC party targeted with the letters and how many it sent out. CBC News has contacted the party but has not received a response at this time. The premier’s office, meanwhile, directed questions to the party.

Doyon, who has taken over her family home, said she believes she received the letter because her mother previously supported the party.

On Wednesday, as more social media users posted similar pictures, and with at least one person being asked to pay $800, the Ontario Liberal party issued a news release calling for an immediate investigation by Elections Ontario and the anti-fraud branch of the Ontario Provincial Police.

The party blasted the letters as a “scam.”

“The misleading document … is similar to those used in ‘false billing scams’ that aim to defraud vulnerable individuals. Scamming donors is straight out of the Donald Trump playbook,” the Liberals said in a news release.

The NDP, meanwhile, sent a letter to the province’s chief electoral office.

“It is deeply concerning that the Premier would authorize a fundraising letter created to deliberately confuse or alarm vulnerable individuals into a donation to his campaign,” wrote Essex MPP Taras Natyshak.

At least one member of the public, ​​Eric Wolinsky, also submitted a complaint to Elections Ontario. He told CBC News by phone that while he didn’t get a letter himself, he views them as “fraud-based fundraising” and said he believes many people will fall for it.

While there’s been sharp online backlash to the fundraiser, it’s unclear at this time if the letters violate any election rules.

Elections Ontario wouldn’t say if it’s investigating the letters, but a spokesperson suggested the content of fundraisers aren’t in its purview.

Lawyer Jack Siegel, an expert on election law with the firm Blaney McMurtry LLP, said he’s seen similar things happen, but only outside of the political world.

He said he doesn’t believe the fundraising letters are criminal in nature and that he doesn’t think the Election Finances Act would cover it, either. He said it was a safe bet this incident is uncharted territory.

“To my mind it’s unethical, but I don’t know that there’s a specific law that’s been written to cover it. Probably because nobody ever anticipated that a political party would ever do such a thing.”

Ontario’s next election is set for June of 2022.