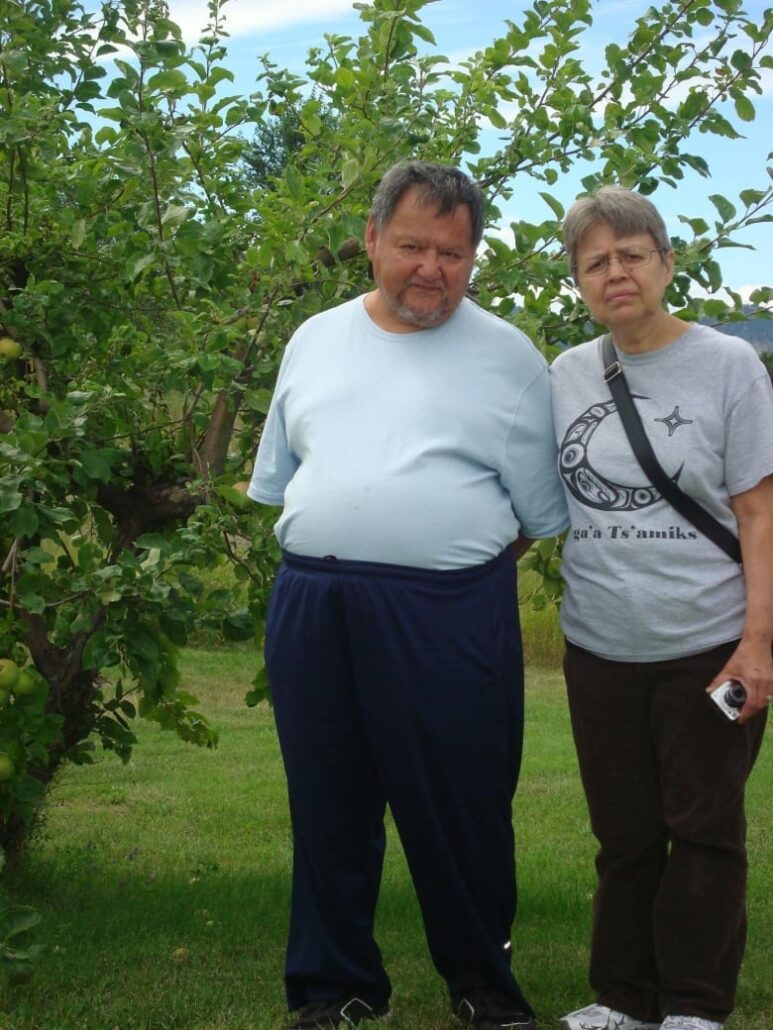 As a young girl at the Kamloops Indian Residential School, Mary Percival was told to stay away from the nearby apple orchard, she says.

Students would whisper to each other that children who died after running away from the school were buried there, Percival said. But still, she played in the orchard with others, often eating apples they would pick there at night.  She left the school almost 50 years ago, but visited the orchard periodically, when she returned to the area.

Percival said she suspects her maternal aunt may have been buried on the site.

“My sister said she didn’t know because she was too young to remember,” Percival said. “But I would really like to know for my family. I would like to know if she was one of them.”

Percival said she was six years old when she and her brother were taken from their home in the Lil’wat First Nation in Mt. Currie, B.C., which is about 165 kilometres north of Vancouver. They were transported aboard a dirty cattle truck to the Williams Lake Residential School, she recalled, where she spent one year before being transferred to Kamloops.

Between the 1870s and the 1990s, Canada’s federal government took more than 150,000 First Nations, Métis and Inuit children from their families and forced them to attend residential schools designed to strip them of their own languages and cultures.

The Kamloops Indian Residential School operated from 1890 to 1969, when the government took over administration from the Catholic Church to operate it as a residence for a day school, until closing in 1978.

Percival said after she was transferred to Kamloops, staff herded her and other children into a shower area, then stripped and doused them with a powder that smelled and burned her skin. Someone told her it was caustic pesticide.

Canada’s Truth and Reconciliation (TRC) Commission of Canada has found evidence that children were routinely abused and neglected at residential schools.

I never knew my aunties

Since leaving the school, Percival has become more curious about who she is and where she comes from.

She said she remembers most of her family. But a maternal aunt who was approximately 10 years older than her is a mystery to her.  Percival only knows that her aunt’s first name may have been Matilda.

Percival said her mother — who died when Percival was 11 —never spoke about her late sister.

But Percival’s own sister told her she once overheard their mother and grandmother saying Matilda died in Kamloops.

“If she was from Mt. Currie then why did she die in Kamloops?” Percival said. “Do you think she was in residential school, and is now one of those 215?”

Preliminary findings in May indicated there could be as many as 215 potential burial sites. Since then archeological reports about excavations and assessments done in the same area in the late 1990s and early 2000s prompted ground-penetrating radar specialist Sarah Beaulieu to revise that number down to 200.

It’s something that I still grapple with.– Mary Percival

“I did not know any of my aunties. They were all gone before I was born, or before I was too young to know them,” Percival said.

“It’s something that I still grapple with.”

Healing all over again

Percival and her husband Reg retired last year, and moved to Vancouver from his village of Gitlaxt’aamiks in northern B.C to be closer to her children and grandchildren.

The apple orchard near the school was chosen as the survey site after survivors brought forward stories of being as young as six years old and woken up in the middle of the night to dig graves there.

Percival has visited Kamloops twice since May. The last time, she walked near the orchard and looked out over it for a long time, remembering.

“I just stood there and cried,” she said. “That’s where they’re buried. It’s an eerie feeling. It’s a sad feeling going there.”

Percival spends her days in the craft room of her apartment, making Indigenous arts and crafts. She said she plans to start learning the Lil’wat language. Both activities can help restore pride in being Indigenous, she said.

But it’s time with her grandchildren that she relishes the most.

“Everyday I wake up sad. But what gets me through each day is being able to see my grandkids,” she said. “Being able to share with them what I’m doing and to listen to them.”