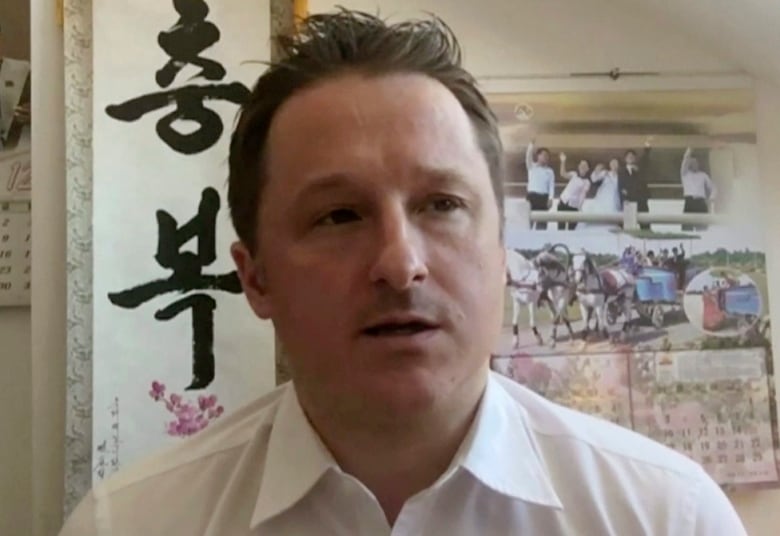 A Chinese court upheld on Tuesday the death sentence of Canadian prisoner Robert Schellenberg for drug smuggling — a day before another court is due to rule on the case of another Canadian accused of spying.

The court proceedings for the two Canadians come as lawyers in Canada representing Meng Wanzhou, the detained chief financial officer of telecoms giant Huawei, make a final push to convince a B.C. Supreme Court not to extradite her to the United States, where she faces charges linked to violating sanctions.

Schellenberg was arrested for drug smuggling in 2014 and jailed for 15 years in late 2018.

He appealed but a court in the city of Dalian sentenced him to death in January 2019, a month after Meng was arrested at Vancouver International Airport on a warrant from the United States, charged with misleading HSBC Holdings PLC about Huawei’s business dealings in Iran, potentially causing the bank to violate American economic sanctions.

Meng, who has said she is innocent, has been fighting her extradition from under house arrest in Vancouver.

The High Court in the northeast province of Liaoning heard Schellenberg’s appeal against the death sentence in May last year and confirmed the verdict on Tuesday.

It has sent the case to the Chinese supreme court for review, as is required by law before any death sentences can be carried out.

A verdict for fellow Canadian Michael Spavor, who has been detained by China since late 2018 on suspicion of espionage, is expected to be announced later this week, possibly as soon as tomorrow.

Spavor was detained by Chinese authorities on Dec. 10, 2018 — nine days after Meng, the chief financial officer of Huawei Technologies — was arrested while changing planes in Vancouver. Meng was detained on U.S. charges related to possible dealings with Iran.

Another Canadian, Michael Kovrig, was arrested at the same time as Spavor. Kovrig is still awaiting a verdict following his trial, which ended in March.

Ottawa has repeatedly criticized the Chinese government over what it has called the “arbitrary detention” of Spavor and Kovrig and the secrecy surrounding their cases.

Speaking to reporters by telephone after attending the hearing, Canada’s ambassador to China, Dominic Barton, also called for China to grant clemency.

The ambassador said Canadian diplomats talked with Schellenberg after the ruling but declined to give details.

“He is remarkably composed,” Barton said. “We had a good conversation.”

Barton said he would travel later Tuesday to the northeastern city of Dandong to see Spavor.

Barton said a court in Dandong, on a river bordering North Korea, is expected to announce a verdict on Spavor on Wednesday. As for Kovrig, the ambassador said, “we have not received any indication of that.”

Asked whether the three cases were linked to Meng’s, Barton said, “I don’t think it’s a coincidence these are happening right now while events are going on in Vancouver.” He said the case was “part of the geopolitical process of what is happening.”

Canadian Robert Schellenberg has been denied his appeal to get a death sentence lifted in China after being convicted of drug smuggling. A verdict in the case of Michael Spavor, a Canadian detained on suspicion of espionage, is also expected to be handed down this week. 5:43

China has rejected the suggestion the cases of the Canadians in China are linked to Meng’s case in Canada though China has warned of unspecified consequences unless Meng was released.

Diplomats from the United States, Germany, Australia and France attended Tuesday’s hearing, according to Barton. He expressed thanks to them and to other governments for expressing support for Canada.

Schellenberg’s family declined to comment Monday, but a friend, who said she was authorized to speak for the family, released a written statement saying they remain hopeful that diplomatic efforts between Canada and China will bring about the “best possible outcome for Bob.”

Officials from the Canadian Embassy in Beijing were denied access to Kovrig’s trial earlier this year.

Prime Minister Justin Trudeau and U.S. President Joe Biden spoke about Spavor and Kovrig during a phone call last week, in which Biden condemned the detention and said the U.S. will support Canada’s efforts to secure their release.

The United States wants the Huawei executive, Meng, who is the company founder’s daughter, extradited to face charges she lied to banks in Hong Kong in connection with dealings with Iran that might violate trade sanctions.

The Chinese foreign ministry did not immediately respond to a request for comment.