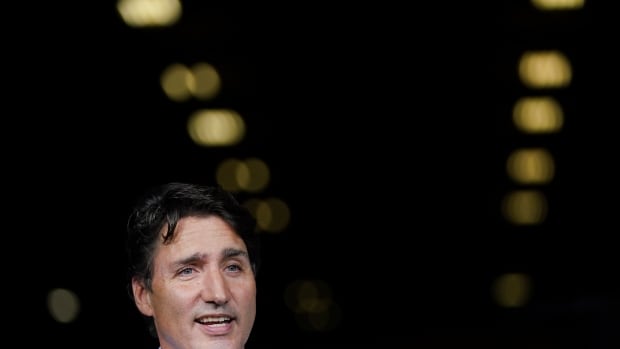 Trudeau was forced to delay his appearance Aug. 29 due to the protest, which involved between 150 and 200 people, according to estimates from the Waterloo Regional Police Service.

People at the protest shouted obscenities and uttered death threats against Trudeau, and hurled racist and misogynist insults at people of colour and women in his protective detail.

Police had previously said no one was arrested or charged in connection with the event.

But two days after the protest, police said they launched an investigation into alleged threats, based on information from the RCMP, witnesses and video posted to social media.

“The alleged threats were verbal and they relate to a live video that was posted on social media that described harm and/or death toward the prime minister,” said police spokesperson Cherri Greeno.

On Friday, police said the Kitchener man had been arrested and charged with two counts of uttering threats.

He is due in court later this month.