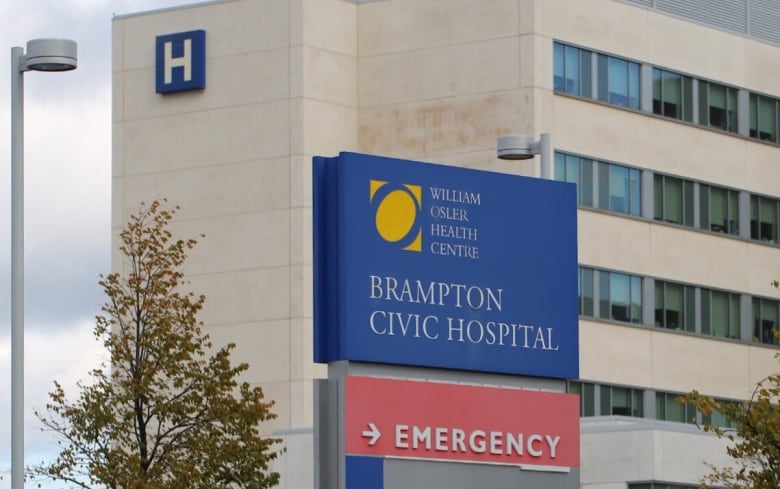 Swati Patel can’t stop thinking about the what-ifs concerning the delivery and death of her baby boy last summer.

What if a scalp clip wasn’t used to monitor her baby’s heart rate? What if the doctor hadn’t performed a vacuum-assisted delivery? What if the cut on her newborn’s head from the scalp clip and his blood loss were discovered sooner?

The Brampton, Ont., mom may never stop wondering, but what she says could help her family heal is getting an apology and accountability for what happened to her son.

“I know that by doing all these things, I’m not going to get the baby back,” Patel told CBC News. “But I need justice for my baby. I need answers for my baby.”

Patel’s son, Anant, died two days after he was born at Brampton Civic Hospital in August 2021. His death was caused by complications from a birth-related blunt force head injury, a post-mortem examination determined. That head injury included a scalp laceration, extensive bleeding between the baby’s scalp and skull, and bleeding outside of his brain.

“Throughout my pregnancy, he was totally healthy,” Patel said. “We try our best that we can meet the doctor who delivered the baby, that we can ask the questions, but that never happened.”

Instead, Patel and her husband, Manish, met with management from Brampton Civic Hospital six months after their son died to go over a quality of care committee review completed by the health system. But the report didn’t mention the delivery doctor and largely focused on potential issues with their baby’s post-birth care.

The meeting and review fell short of the accountability and apology the couple said they are looking for — both of which, a patient advocate says, are often hard to get in Canada given the fear of legal ramifications.

“It really shouldn’t be as hard as it is to get an apology,” said Kathleen Finlay, the Toronto-based CEO of the advocacy group Center for Patient Protection. “That’s all most people want. They’re not looking to make a lot of money through a huge settlement.”

William Osler Health System, which runs Brampton Civic Hospital, told CBC News in a statement that it can’t provide specific details or comment because of its policies and to protect the family’s privacy and confidentiality.

“We have a robust quality of care review process in place to assess the care provided to patients. This process includes engaging with the family throughout the comprehensive review and offering continued support to the family.”

Two days after their baby died, a social worker from the hospital called the Patels and offered condolences and emotional support.

The quality of care report, reviewed by CBC News, says the vacuum-assisted delivery “may have contributed to subgaleal hemorrhage/subdural hematomas” — the only time a potential issue with the baby’s birth is mentioned. A vacuum-assisted delivery occurs when a doctor puts a small vacuum on the top of a baby’s head to use suction to help remove the newborn when the delivery isn’t progressing.

The Patels filed a complaint against the delivery doctor to the College of Physicians and Surgeons of Ontario (CPSO) in January. Their complaint will go before a committee this month to determine whether disciplinary proceedings against the doctor are warranted.

CBC News is not naming the doctor because no allegation of professional misconduct has been made against them by the college at this time.

In their CPSO complaint, the couple allege that the doctor caused a scalp clip injury to their baby during labour and did not inform the neonatal intensive care unit (NICU) of the injury and blood loss; failed to obtain informed consent for a vacuum delivery; didn’t adequately perform the vacuum delivery leading to the baby’s injury; and failed to meet with the family to discuss what happened despite requests to do so.

Hospital records reviewed by CBC News include notes and reports from the doctor. In those records, the doctor says the risks and benefits of the vacuum-assisted delivery were explained to the couple and that Swati Patel agreed to go ahead with it.

The doctor’s notes also state that “there was bleeding seen at the time of application of vacuum after removal of scalp clip — unclear if there was an abruption or blood was from vagina” and that the doctor was “careful not to pull hard” because of difficulty maintaining suction with the vacuum.

The Patels argue that they were never consulted about using the vacuum and asked that Brampton Civic Hospital make corrections to the doctor’s notes in their medical records — a request that was denied.

“Doctor took out the scalp clip and [the doctor] put the vacuum and was trying to suck with the vacuum, at that time I saw a lot of blood,” Manish Patel said.

“Later when I’m describing to Sick Kids hospital just what I saw, the doctors from Sick Kids say that this blood actually was baby’s blood.”

William Osler Health System’s regional transport team couldn’t provide “timely” transportation of the baby to the Hospital for Sick Children in Toronto, so the NICU team tried to figure out what was wrong with the newborn while receiving direction by phone from Sick Kids until the transport team arrived, according to the quality care review.

The report goes on to say that early identification of a possible head bleed (later determined to be from the scalp clip in the post-mortem report) was also delayed because a head circumference measurement protocol was not followed as staff prioritized the baby’s breathing.

Loss of blood not discovered for hours, parents say

The couple says their baby’s care team didn’t determine that their son needed blood until several hours after he was born, when the specialized transportation team arrived, took over care and ordered a blood transfusion.

“As soon as they transplant the blood where the scalp clip was inserted, the blood started to come out from that injury, and then they know the baby’s injured,” Swati Patel told CBC News.

The post-mortem report confirms that “during the transfer, subgaleal hemorrhage was noted as was bleeding from the scalp laceration, the latter resulting in soaking of several absorbent pads.”

Tests and scans at Sick Kids after the Patels’ son, Anant, was transferred revealed the extent of the irreversible brain damage to the baby boy, and how severe blood loss meant his heart was unable to pump enough blood to other parts of the body, causing his organs to start failing.

Anant was taken off a ventilator and died on Aug. 31 at Sick Kids. His mother said she’s still haunted by what took place and hopes that by speaking out, she can prevent the same thing from happening to others.

“I’m not able to sleep at night,” she said. “I dream that I’m in the hospital looking for the baby.”

Finlay, of the Center for Patient Protection, said an apology can be a strong healing tool for patients and their families — one that doesn’t necessarily put Canadian hospitals and doctors in legal jeopardy.

“In Ontario, for example, we’ve had for more than 10 years an Apology Act, which ensures that an apology cannot be used in legal proceedings,” Finlay told CBC News.

Most other provinces and territories have similar legislation.

The centre has also advocated for hospitals to appoint chief compassion officers to ensure patients are listened to and dealt with in a way that considers their trauma.

“We really need to come up with much better, faster, simpler and more healing solutions so that families can move on,” Finlay said. “It’s really important.”

For their part, the Patels are waiting on the outcome of their CPSO complaint.

“I’ll do my best to do all the things until I get justice,” Swati Patel said.