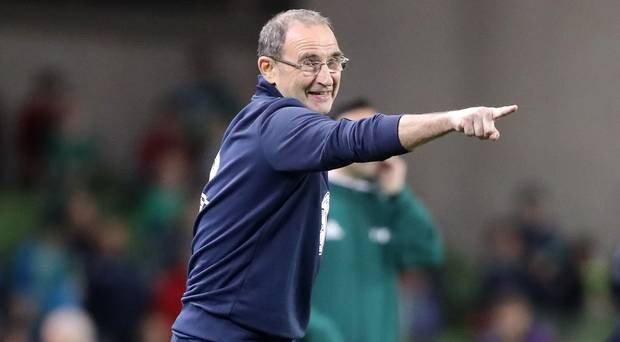 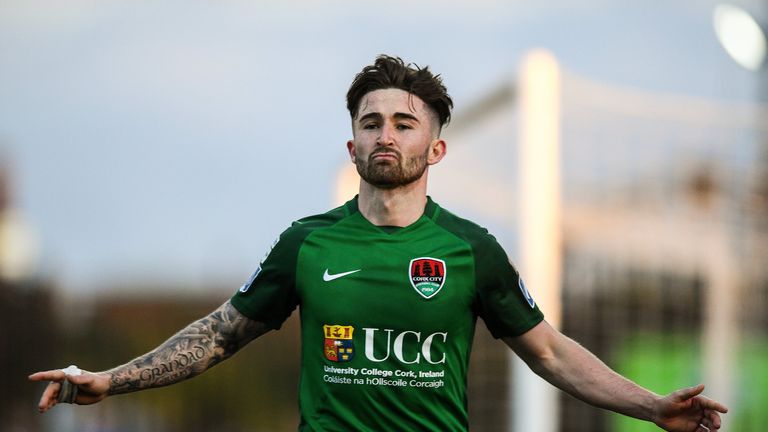 Republic of Ireland boss Martin O’Neill will keep an eye on Sean Maguire after watching him plunder an impressive hat-trick hours before his impending move to Preston was announced.

O’Neill and assistant Roy Keane were among the crowd at Oriel Park on Friday evening as the 23-year-old striker put former club and reigning champions Dundalk to the sword, to help ease Cork City 18 points clear at the top of the SSE Airtricity League table.

Preston announced on Saturday that Maguire, who had a spell at West Ham earlier in his career, had agreed a three-year deal and will join the club at the end of July. But asked if his stunning form could even propel him into the Ireland squad for next weekend’s World Cup Qualifier against Austria, O’Neill gave a measured response.

He said: “Well, let me put it this way: regardless of how well he did, he’s a young lad and he’s coming back again having had a time over the water. He’s coming back and I think he wants to have a real go at it now again, and that’s
great news. 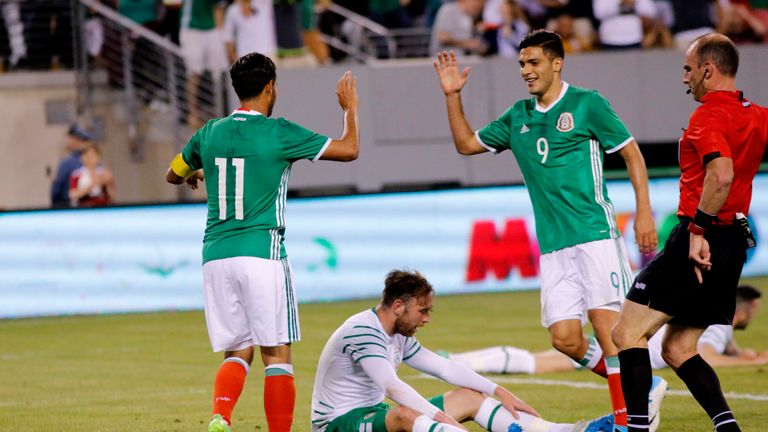 An experimental Ireland side were well beaten by Mexico on Friday, and have matches to come against Uruguay and Austria

“But in terms of people coming to train, I’ve never had a problem with that and sometimes they pick up a few things that would help them with experience, so I’d have a look at it.

“But in terms of someone starting a game against Austria – which is a really, really important match – with no experience, I think that would be a tough call for the player.”

Nevertheless, O’Neill, who had flown back into Dublin on Friday after Ireland’s 3-1 friendly defeat by Mexico in the United States, was impressed with what he saw. 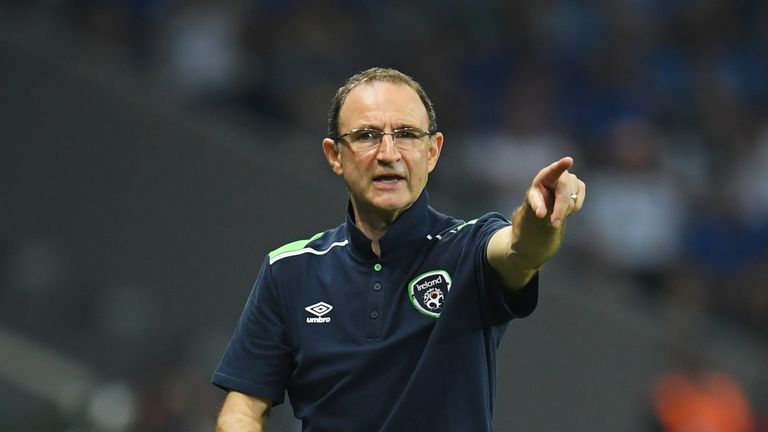 O’Neill heaped praise on the 23-year-old forward, who has signed a three-year deal with Preston

He said: “I thought his movement in the penalty area was absolutely brilliant, really, really, good. I think he has improved since the last time I saw him live, which was the Irish Cup final.

“His movement got him the two goals that I saw – I left in the 83rd minute, so I didn’t see the final goal, but he did very well.

“I don’t know the lad at all. I can only judge by his football and last night in the penalty area, he was really excellent.”