Omicron may hang around longer on surfaces than original virus, early findings suggest 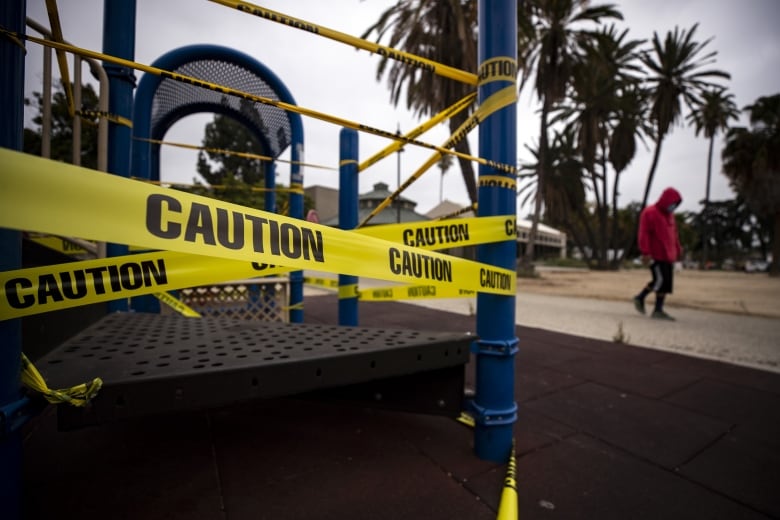 In the early days of the COVID-19 pandemic, it felt like the virus was everywhere — and on everything.

Some people washed their mail or wore gloves to the grocery store, while policymakers cordoned off playgrounds and encouraged businesses to scrub every surface.

But as the months passed, scientific consensus began to crystallize, suggesting some of those precautions might be missing the bigger picture of how the SARS-CoV-2 virus transmits.

The main way people get infected, most leading public health officials and scientists now agree, is through exposure to this virus through the air, not through contaminated surfaces known scientifically as “fomites.”

Yet Omicron, the highly contagious variant known for slipping around some of our best defences, might be surviving longer on everyday objects than its early predecessor — raising questions about which basic precautions to prevent surface-based transmission might still be warranted.

That’s a key finding from a new pre-print paper from researchers at the University of Hong Kong’s school of public health, which is published online but has not yet been peer-reviewed.

After conducting lab-based research, the team found Omicron “is more stable than the ancestral SARS-CoV-2 on different surfaces.”

“Our findings imply that (Omicron) has an increased likelihood to be transmitted by the fomite route,” the researchers concluded.

Building off other recent research which showed Omicron’s heavily-mutated spike protein is more stable than the ancestral strain, and their own previous findings on SARS-CoV-2’s level of infectiousness on various surfaces, the Hong Kong team explored what would happen if droplets containing Omicron — the BA.1 lineage, specifically — were applied to surfaces like stainless steel, paper, and glass.

In each instance, infectious amounts of Omicron were recovered for longer amounts of time than the samples of the original virus.

On several types of paper, infectious amounts of ancestral SARS-CoV-2 were only recoverable for five to 15 minutes — compared to more than 30 minutes for Omicron.

On smooth surfaces, Omicron lasted more than a week, while infectious amounts of the original virus were recovered up to just four days on polypropylene plastic and stainless and up to seven days on glass.

“More evidence is needed to account for the increased transmissibility of (Omicron) observed in various community studies,” the researchers wrote.

“The extra virus stability on surfaces may be one possible factor and should be taken into consideration when recommending control measures against the infection.”

Linsey Marr, a researcher on the airborne transmission of viruses like SARS-CoV-2 and a professor at Virginia Tech, agreed that the results show Omicron seems to survive better, which could be contributing to its heightened transmissibility.

“This might affect the balance of transmission routes favouring more fomite transmission than we saw before,” she said.

But Marr stressed the study’s conditions don’t reflect real-world scenarios. The volume of droplets used in the lab research — five microlitres — might sound small, but it’s “actually huge compared to droplets we usually spew out,” she said.

That means the exact timings might not pan out for people living their daily lives, though Marr did feel the comparison between the ancestral virus and Omicron was notable. 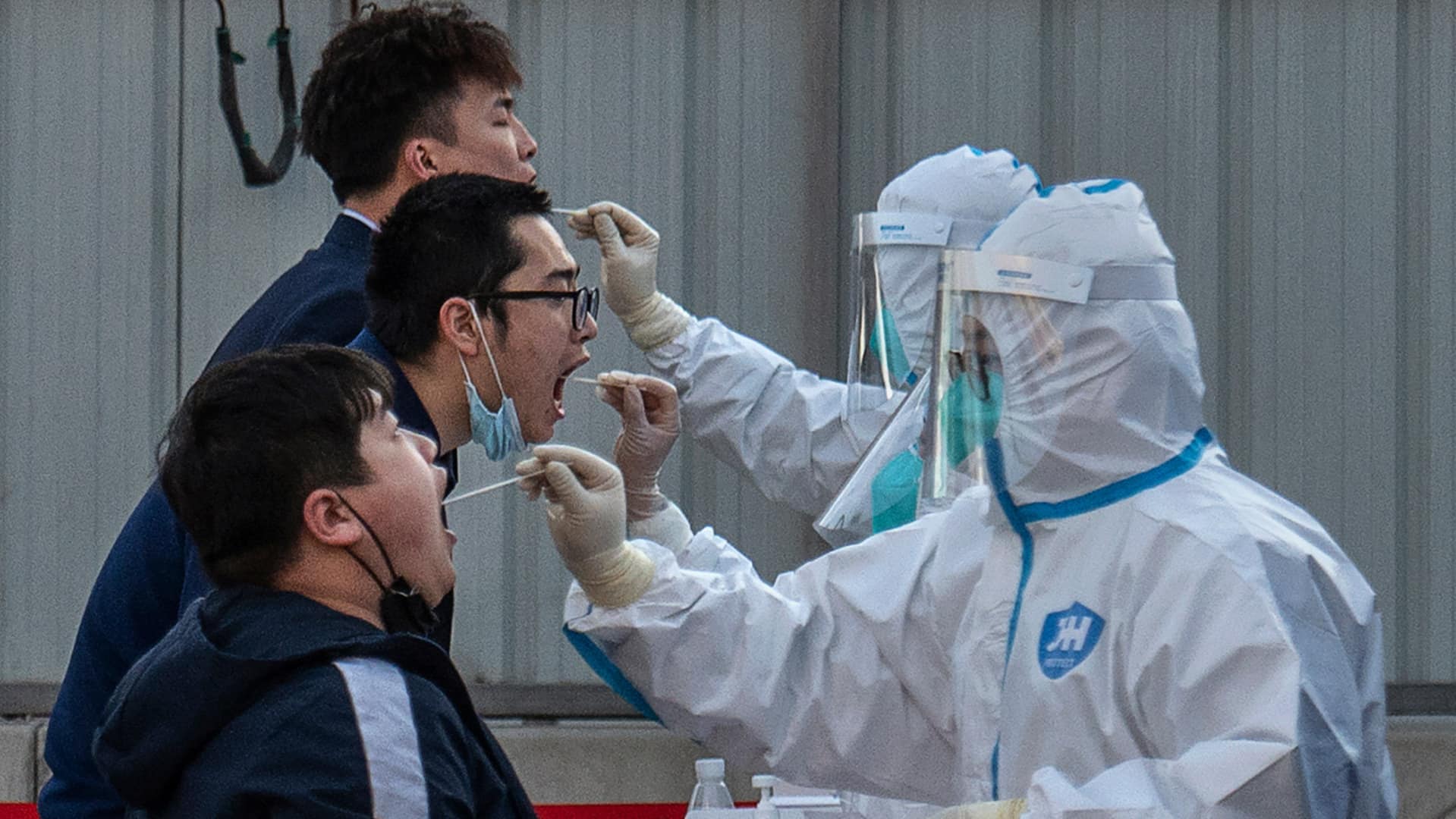 Millions of people in China have been forced into lockdown, ordered to stay home to protect themselves from the country’s biggest COVID-19 outbreak in two years. 2:00

Other members of the scientific and medical community also had mixed views on what this new study actually tells us about how Omicron spreads.

Emanuel Goldman, a microbiology professor at the New Jersey Medical School of Rutgers University, said in an article published in The Lancet journal in 2020 that the risk of COVID-19 infection from surfaces at that time was “exaggerated.”

When asked about the new Hong Kong results, he said any findings based on the “same old techniques” in a laboratory don’t change that, since figuring out transmission is about more than just how viruses survive within controlled settings.

“You’re never going to find that much virus in a small area that you touch,” he said.

“The virus is fragile; these mutations haven’t changed that. It’s still going to die very quickly in the environment.”

Arinjay Banerjee, a virologist working with the University of Saskatchewan’s Vaccine and Infectious Disease Organization, echoed that.

“Doing experiments inside a lab where humidity is controlled is one thing. Applying that to real life is an entirely different thing,” he said.

Sunlight and humidity, for instance, can both contribute to how long viruses are able to survive on surfaces outdoors, he noted.

The study authors themselves did note the limitations at play, including the controlled, lab-based setting and differences in the droplets used in the research compared to respiratory droplets, which may all impact the stability of the virus.

It’s also not clear exactly how much virus is needed for a productive SARS-CoV-2 infection, Banerjay said, with more research needed.

Even so, he said the findings suggest it’s worth being cautious.

“I think we shouldn’t drop our guard against SARS-CoV-2, period.”

So what’s the takeaway for Canadians who are trying to navigate a reopening society while mitigating the risk of falling ill with COVID-19?

“We’ve been so focused on airborne transmission and masks that, maybe, we’ve kind of neglected to wash our hands,” Marr said.

Dr. Gerald Evans, chair of the division of infectious diseases at Queen’s University in Kingston, Ont., agreed that alongside other personal protections like mask-wearing and vaccinations, basic hand hygiene remains a smart way to ward off this virus.

Regular sanitization of toys and other items in daycares and schools where children are at play may also be helpful, he said, given how often kids put items directly in their mouths.

But he warned the public not to panic, and avoid resorting to heavy-handed precautions.

“If you wash your hands — not obsessively, but just thoughtfully and carefully — that’s going to reduce any transmission you see out there,” Evans said.

“Certainly I don’t want to see people going back to wiping their groceries down with disinfectants and leaving things sitting for days on end in the hope that what virus might be there isn’t going to infect them. We know that this is not in any shape, manner, or form a major transmission route for this virus.”