B.C. stranger donates $13K wheelchair to Ontario musician, who now has 3 to replace his broken one 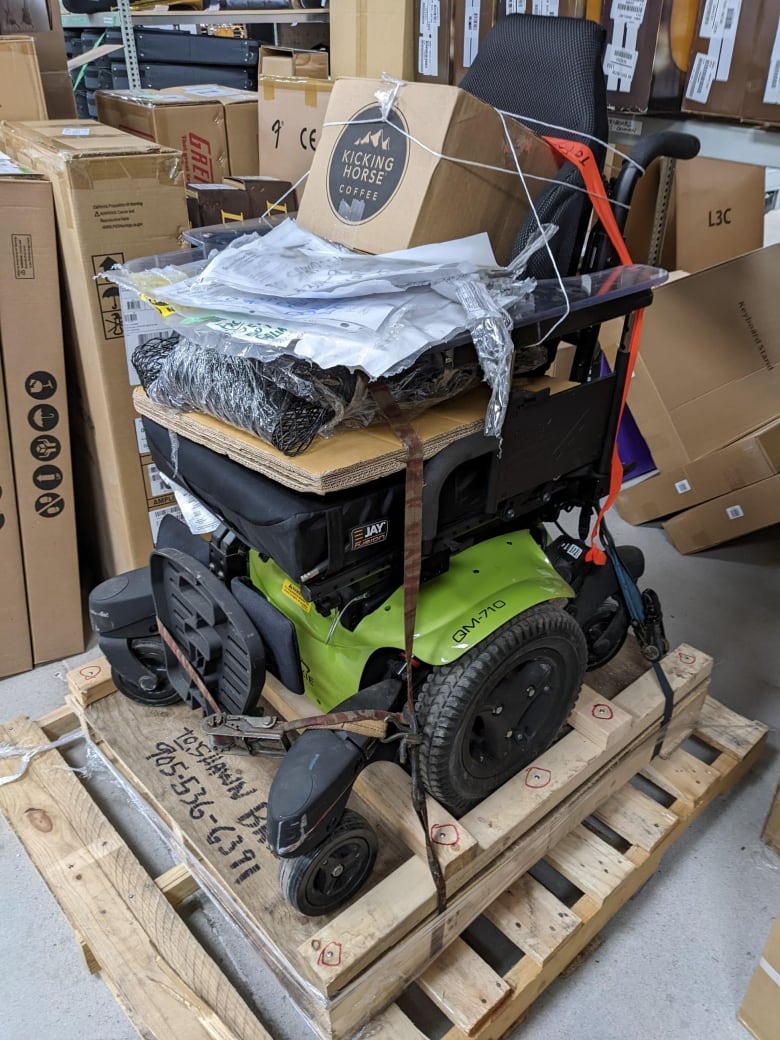 Shawn Brush of Burlington spoke to CBC Hamilton in January about how he was stuck with a broken electric wheelchair and was frustrated with the Ontario government’s time-consuming bureaucratic process to get a replacement.

Afterward, the 52-year-old said he received an expedited response from the province. Instead of waiting months more for various levels of approval, Brush said the wheelchair arrived on March 3.

“I was on a bit of a high,” he said, after the wheelchair arrived.

“I think they were in a hurry to appease the situation. I was obviously uncomfortable in that chair,” Brush said, adding he thinks it’s a sign people can get their assistive devices quicker than they have been.

Brush previously said he got stuck in a tilted position in his old wheelchair in the middle of the night in December, forcing him to call the fire department.

That happened while he was still waiting for the new wheelchair. The old wheelchair was only recently properly fixed.

Citizens With Disabilities Ontario also had said long waits for repairs and replacements were an issue for many people across the province.

The Disability Justice Network of Ontario has said devices can be expensive and difficult to access, leading it to open a library of assistive devices people can rent. It opened earlier this month on 423 King St. E. at the Hamilton Centre for Civic Inclusion.

The province previously said long waits can be products of supply-chain issues and the fact service providers don’t always have specialized parts that people need.

Brush said he also received an outpouring of support from people across Canada who heard about his experience.

Some offered him money — others went a step further.

A family friend offered him an electric chair he could use temporarily.

Then he got a message from a woman in British Columbia offering to donate a roughly $13,000 electric wheelchair she hadn’t used.

“This thing still has the tags on it,” he said.

Brush said the challenge was getting it from Vancouver to Burlington.

That’s when Tim Park, the store manager from music store Long and McQuade in Burlington, stepped in.

He’s known Brush, who is a well-known musician, for decades.

Park told CBC Hamilton he called a Vancouver location that moved the donated wheelchair to a distribution centre.

A third party would bring the wheelchair to Burlington, which would cost extra money, Park said.

“I decided myself personally to say, ‘OK, I’ll pay the shipping,'” he said, adding another colleague, Norm Thornton, also helped pay the cost.

“It was something we wanted to do for Shawn to help him out.”

The chair arrived in mid-February.

Brush wants to be voice for others

Now, Brush said he wants to be a voice for those still trying to get their assistive devices sooner rather than later.

“There has to be an overhaul of the system.”

Brush has advice for people dealing with long waits.

“Speak up. Get on social media, make a lot of noise.”