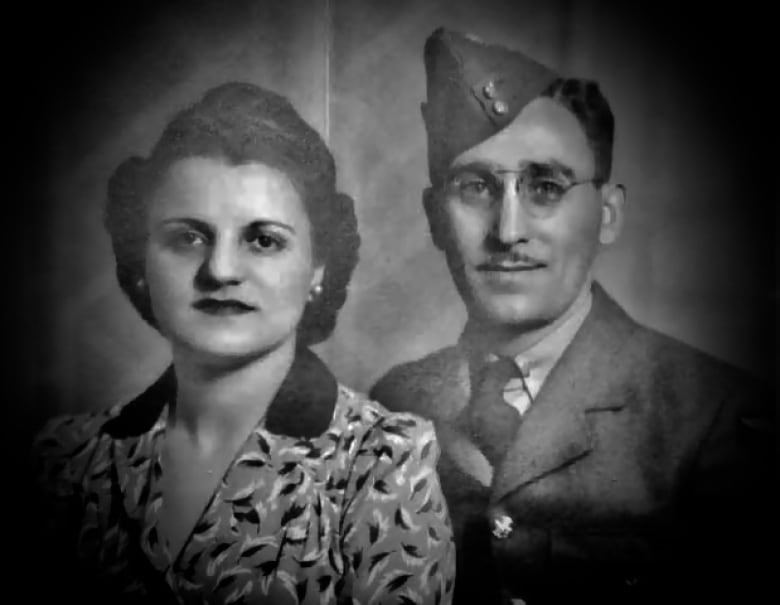 If you ask Reuben Sinclair what the key is to a long and rewarding life, the 110-year old won’t shy away from sharing some words of wisdom.

“Never worry,” he said to a crowd of fellow servicemen and reporters moments before he was honoured at a Remembrance Day ceremony inside a Vancouver elementary school on Wednesday.

“If you have a problem, fix it. And that goes a long way,” he said.

“I always found time to help people who were less fortunate, and I think that’s one of the reasons the good lord keeps me around,” he said laughing.

After laying a wreath at Talmud Torah Elementary school, Sinclair was awarded service medals by the Royal Canadian Legion — the latest in a long list of accolades he’s received over his lifetime.

His daughter, Nadine Lipetz, said she was proud the children “have a chance to meet a veteran who has a story to tell, and hopefully they can learn from it.”

Sinclair was born on a farm in Lipton, Sask. His birth certificate reads that he was born on Dec. 5, 1911 — but his family says he was actually born months earlier.

“His older brothers told him he was born in the summer of 1911,” said Lipetz. “We think it was the registration date that we’ve used as his birthday, but in effect he’s really 110.”

Sinclair worked a number of different jobs during the Great Depression before enrolling in an accounting course. He was hired by the Treasury Department, where he worked until the Second World War.

Lipetz says her father said he couldn’t stand by and do nothing while people were dying in Europe.

He joined the Royal Canadian Air Force at 31, but he was diagnosed with flat feet which kept him from serving overseas, Lipetz said.

Instead, he served as a wireless operator mechanic in Montreal, Vancouver, and North Battleford, Sask., running transmitters that were used to train pilots to take off and land on blacked-out runways. The program prepared pilots to fly in the night skies of Europe.

When the war ended, he settled in Metro Vancouver, where he opened a garage and wrecking yard with his brother.

In the ’60s, he moved to California with his wife Ida. The pair returned B.C. in 1994, before she passed away just a couple of years later.

Sinclair still lives inside his Richmond condo, where he receives support from caregivers.

He spends much of his time reminiscing about years past, including his time in the war. Lipetz says he’s happy to see more of his family members after being separated from many of them during the pandemic.

“Visits from the family and friends are very big for him,” she said. “He’s happy and enjoys every day.”

A second great-great-grandchild is on the way.

“We feel blessed that every day is a gift,” she said.