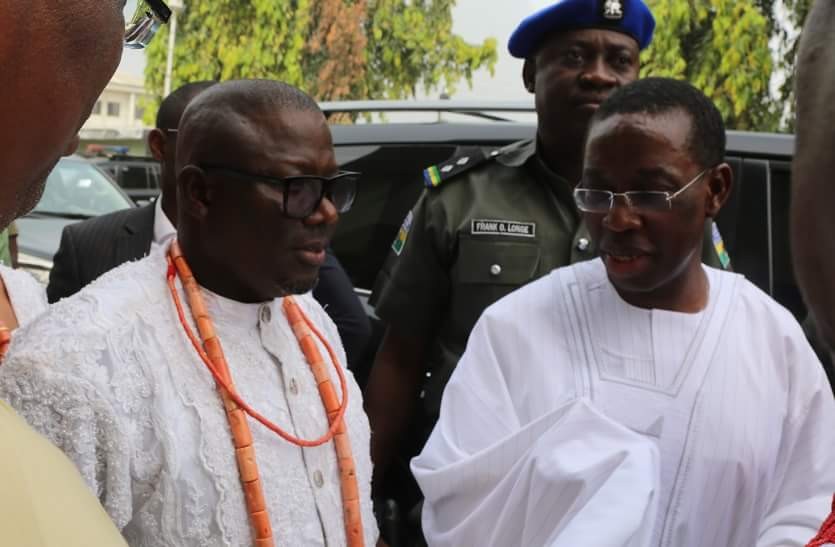 DELTA State Governor, Senator Dr Ifeanyi Okowa, has congratulated the Senator Ahmed Makarfi-led Caretaker Committee of the Peoples Democratic Party (PDP) on the Supreme Court  judgement which was in their favour.

Reacting to the judgement in Asaba on Wednesday, shortly after the delivery of the judgement  by the five-man panel of Justices of the apex court headed by the Chief Justice of Nigeria (CJN), Justice Walter Onnoghen, Governor Okowa in a statement signed by his Chief Press Secretary, Mr Charles Aniagwu lauded the Supreme Court for the sound ruling which has put to an end the protracted leadership crisis that has bedeviled the party, described as the biggest political party in sub-Saharan Africa.

The Governor said, “I on behalf of the good people of Delta State, home of the PDP, congratulate the Senator Markafi-led PDP for the victory recorded today at the Supreme Court.  It has been a tortuous journey for the party but, I am glad that the Supreme Court has put the crisis to an end. I congratulate members of our great party particularly the National Chairman, Senator Ahmed Makarfi and members of the National Caretaker Committee for this well deserved victory.  It is a victory for the Board of Trustees, Governors Forum of the party, National Assembly Caucus, State Chairmen’s forum and other stakeholders.”

“This judgement is victory for Democracy because, the Judiciary had always proven their independence and wisdom, it is a reawakening for our great party to provide the much needed leadership for our country, Nigeria.  It was a case of PDP Vs PDP, so, we should remain united and committed to the slogan of the PDP – power to the people.”

“As the biggest political party in Africa despite losing the Presidential elections in 2015, it is time for us to rebuild our house,  remain united, accommodate those who are leaving other political parties to the party that is truly democratic and believes in the rule of law, a political party that has the interest of the common man on the street at heart and continue to ensure that the best is achieved for the country.”

“I commend the Judiciary for its commitment to setting precedence that will sustain Nigeria’s democracy; I commend all Nigerians for their prayers while the internal rumbling lasted and I give glory to God for ensuring that democratic tenets are  consolidated in the country.”

Governor Okowa urged members of the party to be accommodating to any Nigerian who wishes to join the party, noting, “the umbrella is large enough to accommodate any Nigerian, it is a party Nigerians are happy to identify with.”