Oil output to expand faster than demand in 2018 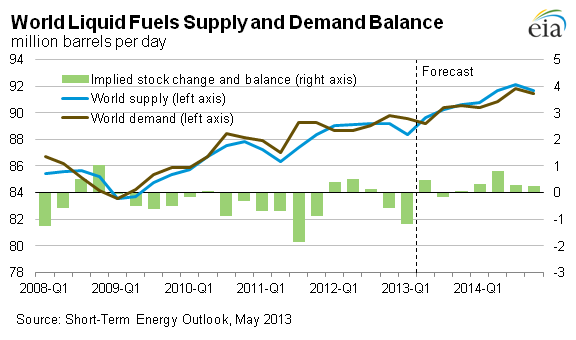 Global oil output will expand faster than worldwide demand for oil next year, primarily as US producers rack up production, and that could hamper exporters’ efforts to prop up prices, the IEA said Wednesday.

A day after OPEC complained that increased output in the US was slowing efforts to rebalance supply and demand in the oil market, the IEA also suggested that the dynamism of US producers could prove a headache for exporters.

“In 2018, we expect non-OPEC production to grow … slightly more than the expected increase in global demand,” the International Energy Agency wrote in its latest monthly report.

“Our first look at 2018 suggests that US crude production will grow year-on-year … but such is the dynamism of this extraordinary, very diverse industry it is possible that growth will be faster,” the report said.

“Our first outlook for 2018 makes sobering reading for those producers looking to restrain supply,” the IEA said.

Originally, OPEC members had agreed to cut production for six months beginning from the start of the year in a bid to reduce the glut of oil supplies on the shore up prices.

The measures helped stabilise oil prices at the beginning of the year, with the international benchmark Brent crude sticking above $50 per barrel.

And at a meeting at the end of May, both OPEC and non-OPEC countries decided to roll over the output cuts for a further nine months.

Nevertheless, dynamic growth in output in the US, particularly by shale producers, seems to be slowing down the rebalancing process.

And Brent has dropped back below $50 since the OPEC meeting and was trading at $48.17 on Wednesday.

American producers have benefitted from the OPEC and non-OPEC efforts to push prices higher.

Shale producers, in particular, can react quickly to market developments, because they are less capital intensive than other ventures. And they have racked up production as prices rise.

The IEA forecast an increase in non-OPEC output of 1.5 million barrels per day to 59.7 million bpd in 2018, with US output to reach more than 14.1 million bpd.

It did not provide a forecast for OPEC output next year, but calculated that it rose to 32.08 million bpd in May, taking the overall global supply to 96.69 million bpd last month.

At the same time, overall global demand is expected to pick up by 1.4 million bpd to 99.3 million bpd next year, the IEA predicted.