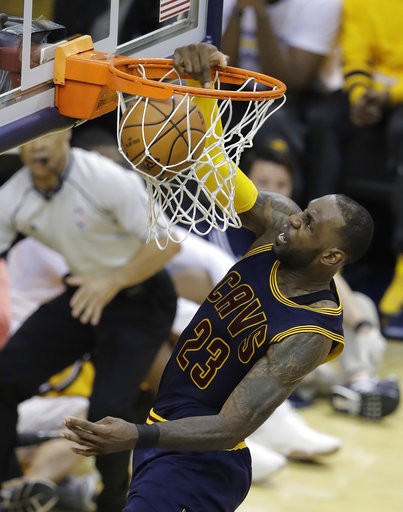 The looming free agency of LeBron James, which begins next summer, is already hearkening to the months before the superstar’s infamous “Decision” when James left his native state for the more sandy pastures of Miami. The four-time MVP has, of course, returned to Cleveland since and even brought a long-awaited NBA championship to one of the unluckiest sports capitals in the country.

Reports of James possibly leaving again, however, have jump-started the locals campaign to keep their homegrown superstar. One store in Akron, Ohio, has already produced openly pleading sports apparel in attempt to convince James to stick around beyond the 2017-18 campaign.

So this is already happening in Akron pic.twitter.com/f5ekd5bsI6

Between James’ free agency and Kyrie Irving’s reported trade request, the immediate future of the Cavaliers appears shrouded in uncertainty. If this is the fan base’s reaction to that uncertainty in August of 2017, there’s no telling what the next 10 months of anticipation will produce.