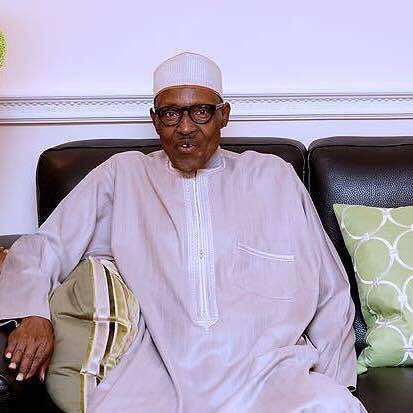 THE ruling party, All Progressives Congress (APC), has thanked the vice-president, Yemi Osinbajo who administered the country while his principal was away and Nigerians whose prayers, he noted have sustained the ailing Muhammadu Buhari.

In a statement signed by its spokesperson, Bolaji Abdullahi, the party commended the Osinbajo for his “competent leadership in the absence of President Buhari and especially commends him for his effort to unite the country and drive the recovery of the national economy.

“The APC also thanks all Nigerians who had prayed ceaselessly for the speedy recovery and safe return of the President, assuring them that the APC-led Federal Government is poised to fulfill all the electoral promises the Party made to Nigerians.’’

Residents of Daura in Katsina State were in an upbeat mood as President Buhari’s returned to the country after his medical vacation abroad.

The News Agency of Nigeria (NAN) reported that those interviewed on Saturday expressed gratitude to Allah for the president’s recovery and return to Nigeria.

Alhaji Salisu Haro, a civil servant, said the president’s return represented a ray of hope for the nation and prayed that Nigerians would support him to deliver quality leadership that would take the country to the next level.

He commended a section of the media for keeping Nigerians abreast of Buhari’s condition throughout his stay in London, adding that objective journalism would help to accelerate national development.

Alhaji Abdumanaf Daura, APC North-West Organising Secretary, described the report as encouraging, saying it has put all those spreading rumours of Buhari’s incapacitation and death to shame.

He berated those he called unpatriotic elements using the president’s ill health for politics and spread of baseless rumours, saying they should atone for their sins.

The politician thanked Nigerians for their resilience, prayers and understanding during the trying moments of the nation, stressing that Buhari was back into the country for good.

THE Arewa Consultative Forum (ACF) has  described the return of  President Buhari after a prolonged medical vacation  as heart warming development even as it charged the president to tackle the issues of insecurity, economy, hate speeches and songs, secession threats that are threatening  the corporate existence of the country.

In a statement issued to the Sunday Tribune  on Saturday and signed by the National Publicity Secretary, Alh Muhammad Ibrahim Biu said, ‘  ACF welcomes President Buhari and thank Almighty Allah for making it possible for him to have recovered and back home.

According to the statement, ‘his homecoming has restored hope and confidence in the minds of Nigerians.

‘ACF therefore commends Nigerians for their persistent prayers and good wishes for President Buhari’s good health and safe return to continue with the good work he and his team are doing.

‘Now that President Buhari is home and healthy, ACF urges Nigerians to continue to pray to Almighty Allah, to give Mr. President courage and wisdom to tackle the numerous challenges now confronting the country.

‘Issues of insecurity, the economy, hate speeches and songs, blind agitations for secession, corruption and political gangsterism are threatening the peace, unity and corporate existence of the nation.

‘Although,  the Acting President, Prof YemiOsinbajo did his best in handling the challenges, however, there is the need to deploy all constitutional powers at the disposal of the President to deal with the situation.

‘Nigerians now, expects the President to effect real changes with vigor to meet up with their aspirations.

‘ACF welcomes President Buhari back home and pray that Allah will continue to guide and protect him in the discharge of his responsibility.