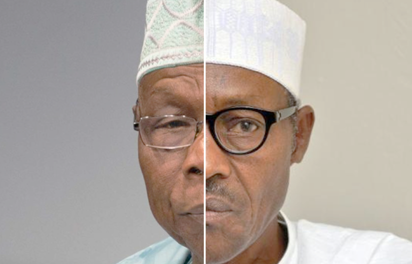 Obasanjo: Great grandfathers won’t call youths lazy,
Former President Olusegun Obasanjo has faulted the comment credited to President Muhammadu Buhari that Nigerian youths are lazy, saying that following the difficult situations the youths are passing through in the United States, Libya and other parts of the world, “their great grandfathers would never say our youths are lazy”. Obasanjo-Buhari The ex-President spoke in Ibadan, Saturday, when the Coalition for Nigeria Movement (CNM) held a Town Hall meeting in Ibadan. Obasanjo said, “But let me assure you of one thing. Having gone this far, I will not leave you high and dry, and I know God will continue to be with us. But don’t ever think that it will be easy. Men of valour don’t run away from challenges and it is the same thing with women of honour, except lazy men and women. But they said our youths are lazy. “Recently, I was in the United States and I said our youths have gone through many things in the Sahara Desert, in Libya and the Mediterranean, and somebody would say they are lazy; their great grandfathers would never try to go that far”. Meanwhile, the CNM declared that it would tell its over three million members the platform it would use in the forthcoming general elections. The former President said since he had been through several difficult times in the past due to his unshaken belief in the progress of Nigeria, nobody could intimidate him again. The Town Hall meeting attracted many notable Nigerians, including a former governor of Osun State, Prince Olagunsoye Oyinlola, who is the national coordinator of the movement; a former deputy governor of Oyo State, Ambassador Taofeek Arapaja; and two former secretaries to Oyo State Government, Chief Olayiwola Olakojo and Mr Ayodele Adigun. Obasanjo said,“Don’t be afraid or be discouraged. They will try to intimidate you individually or collectively. For me, I don’t think there is anyone that can intimidate me. Let me remind you, I have gone through many things. I have been jailed without committing any offence. Where is the person that jailed me?”
Share
Facebook
Twitter
WhatsApp
Pinterest
Linkedin
ReddIt
Email
Print
Tumblr
Telegram
Mix
VK
Digg
LINE
Viber
Naver
Previous articleIt’s now self-defence, we’ll not run away
Next articleIPOB plans to storm White House as Buhari visits president Trump