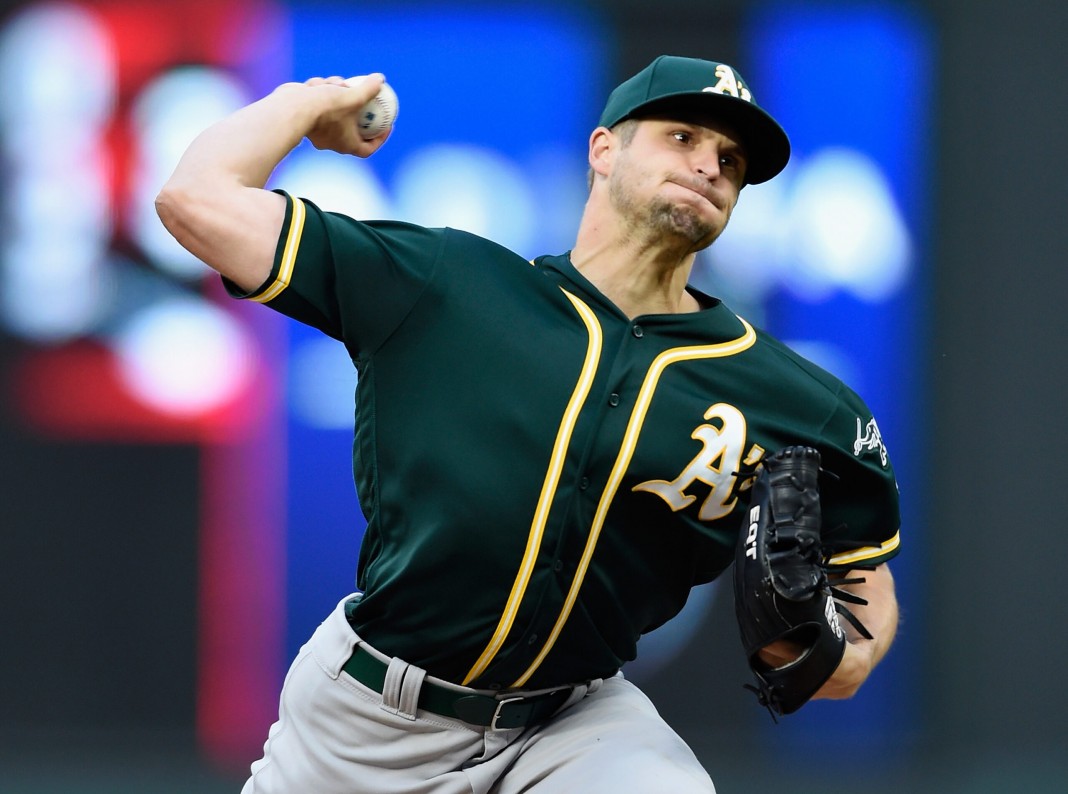 The Oakland A’s placed pitcher Kendall Graveman on the 10-day disabled list with a strained shoulder, the team announced Monday. To replace him on the roster and in the rotation, right-hander Daniel Mengden was recalled from Triple-A Nashville and will start on Monday in Cleveland.

This is Graveman’s second trip to the DL this year, both for the same shoulder. He did a minimum 10-day stint in April and then pitched for a month without any problems, but on Friday he was a late scratch from his scheduled turn in New York. This time around he’ll likely miss more than one start, suggests John Hickey of the Mercury News.

When healthy, Graveman has been his usual solid self. Of his eight outings, five have been quality starts and six have lasted at least six innings. Last year he led the A’s in innings and was the only starter to make it all year without getting hurt, but he hasn’t proven as reliable this season.

Meanwhile, Mengden’s year is just beginning. He had foot surgery in February that cost him all of spring training and the first month of the season, but he’s been easing back into action for Triple-A Nashville throughout May.

After three rehab outings he was officially activated from the DL, and he celebrated that fact with seven shutout frames in his next game: 7 ip, 0 runs, 5 Ks, 0 BB, 3 hits, 81 pitches. That was on May 23, which means he’s on track to take the hill on Monday with one extra day of rest.

He’s not technically a rookie, because after his meteoric rise from Double-A last year he threw just enough MLB innings to graduate from prospect status. But the 24-year-old is still part of Oakland’s youth movement and an exciting youngster to watch — if he’d been eligible for our Community Prospect List he’d surely have ranked Top 10, if not Top 5. It’s been a while since we’ve seen him, so in case you’ve forgotten, here are some awesome things about Mengden (including mustache, windup, and velocity).

This is the 16th time the A’s have used the DL this year, and the 11th since Opening Day. Here’s the updated roster:

(Note: C Bruce Maxwell is not listed, but he is on the minor league DL.)