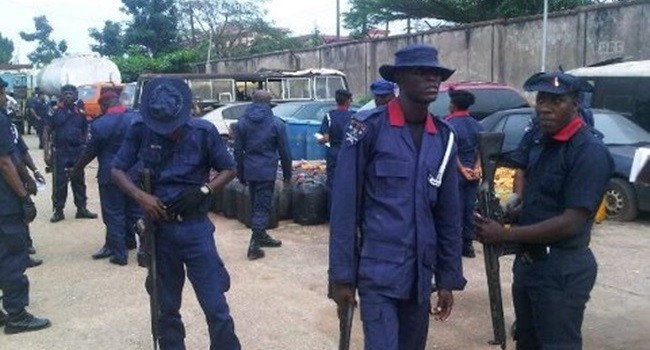 The Nigerian Security and Civil Defence Corps, Bayelsa State Command, has suspended a civil defender, Mr. Jude Akpoghomhe, who, in company with a colleague, harassed and shot at a car of a medical doctor, Bekewari Sampou.

NSCDC had set up a seven-man committee headed by the corps’ Head of Intelligence and Investigation Department, Mr. G.C. Anyanwu, with the mandate to investigate circumstances surrounding the incident.

State Commandant, NSCDC, Mr. Desmond Agu, said that the command had concluded investigations into the incident.

He noted that following the report of the committee, Akpogho, was indicted and was subsequently suspended from the corps.

The state commandant did not, however, indicate how long the suspension would last and what would happen thereafter.

Agu spoke at the command’s headquarters in Yenagoa when a Pan-African group, Initiative for Positive Influence on African Youth, bestowed on him a distinguished leadership merit award.

He said the corps would never condone indiscipline, especially the misuse of firearms by officers and men of the corps.

He stated that following the meeting between the executive members of the Nigerian Medical Association and the NSCDC, the corps resolved to compensate the victim.

Agu warned officers and men of the corps to desist from any act that could tarnish the image of the NSCDC.

Receiving the award before the senior officers of the command, the commandant said it was an honour to be given an award by IPIAY, whose membership cut across most African countries.

He asked members of the group to feel free and enjoy their stay, insisting that Bayelsa and the country were secure.

“The NSCDC has helped immensely to keep the country safe. We are proactive in our approach to security matters and we will continue to contribute our quota to ensure that peace reigns in the country”, Agu stated.

Describing the NSCDC as a peacemaker, Agu assured the visitors that the award would boost the morale of the corps to do more in the state in realising its mandate.

In his remarks, the Head of Mission, Mr. David Christophe, described Agu as a rare gem, administrative icon, a man of outstanding performance and a true son of Africa.

Christophe said the group was founded to identify selfless leaders, whose styles were in line with Pan-Africanism and encourage them.

He said Agu had demonstrated sterling leadership qualities in his career through his contributions to the growth and development of the NSCDC.

Christophe said, “Without fear of contradictions, the Bayelsa State Commandant, NSCDC, Mr. Desmond Agu, was found worthy to receive the Distinguished Merit Award as the most outstanding commandant in recognition of his immense contributions to nation-building and effective service delivery to NSCDC.”