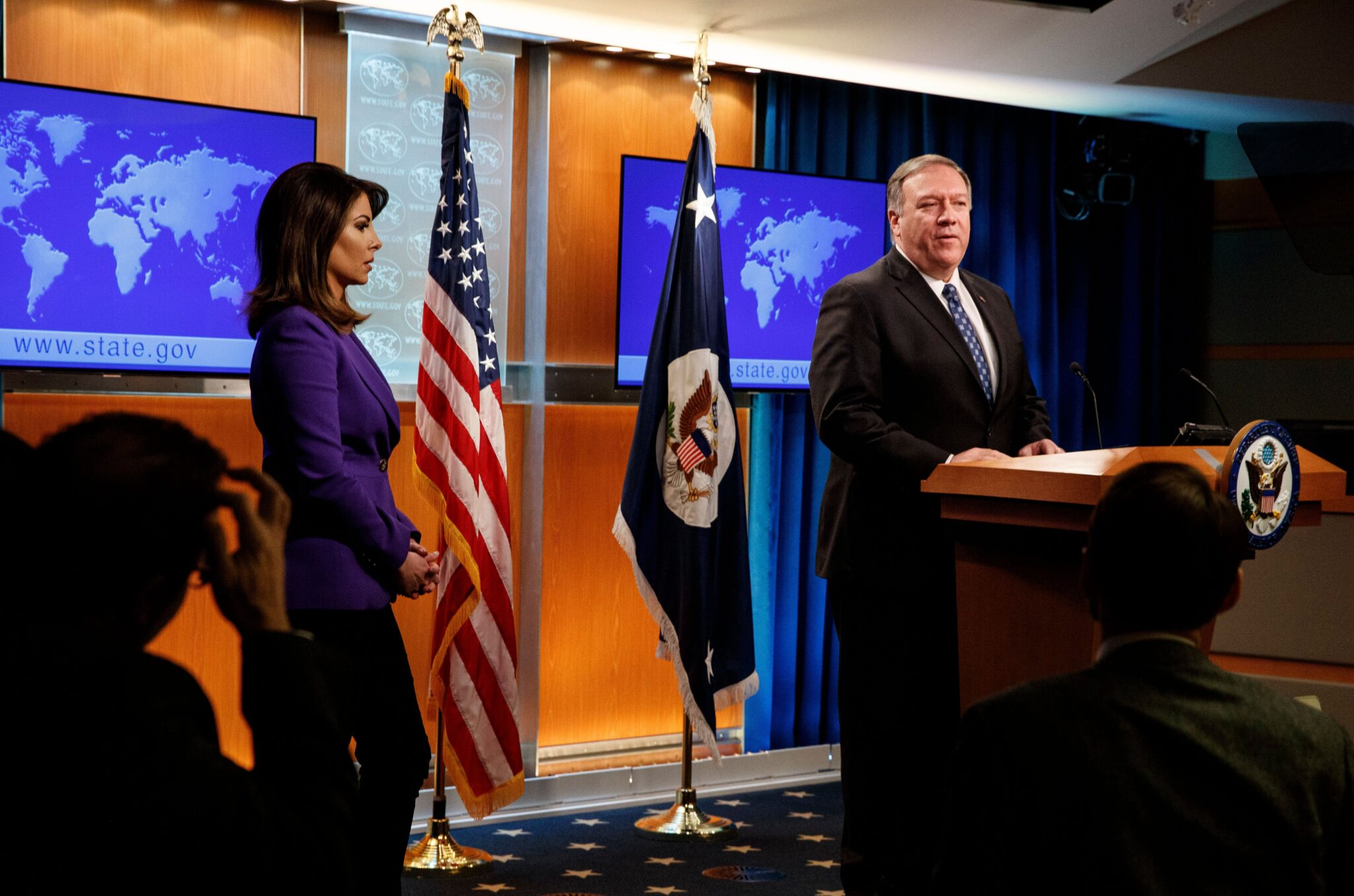 NPR Reporter Removed From State Department Trip After Pompeo’s Ire, Press Group Says, The State Department removed an NPR reporter from the press corps that will travel to Europe and Asia with Secretary of State Mike Pompeo later this week, just days after he angrily confronted one of the news organization’s journalists for asking questions about Ukraine.

Shaun Tandon, the president of the State Department Correspondents’ Association, said Monday that Michele Kelemen, NPR’s diplomatic correspondent, had been barred from the trip, which will see the secretary travel to Britain, Ukraine, Belarus, and Central Asia. Tandon said the timing appeared to be direct retaliation after Pompeo unleashed a profanity-laden tirade toward another NPR reporter, Mary Louise Kelly, last week after she asked about the former U.S. ambassador to Ukraine, Marie Yavanovitch.

Yavanovitch’s removal is a key piece of the two articles of impeachment filed against President Donald Trump in the House and his ongoing trial in the Senate.

The State Department did not immediately respond to HuffPost’s request for comment.

Kelly, the co-host of NPR’s “All Things Considered,” said last week that Pompeo asked to speak with her privately after she pressed him about Ukraine in an interview. She said she was led to a living room near his office where the secretary “shouted” at her for about 10 minutes.

“He was not happy to have been questioned about Ukraine,” she told NPR’s Ari Shapiro. “He asked, ‘Do you think Americans care about Ukraine?’ He used the F-word in that sentence and many others.” She said the secretary then asked if she could even find Ukraine on a map. When she said she could, he had an aide bring in an unlabeled map for her to prove it.

Pompeo responded after Kelly shared details of the exchange, blaming what he called the “unhinged” media and accusing the journalist of lying to him.

“It is shameful that this reporter chose to violate the basic rules of journalism and decency,” the secretary said in a statement. “This is another example of how unhinged the media has become in its quest to hurt President Trump and this Administration.”

Tandon called on the State Department to reconsider its decision to bar Kelemen from Pompeo’s trip this week, saying the press corps that covers the agency is “dedicated to informing the public and holding this and every administration accountable by asking questions about the issues of the day.”

“The State Department has courageously defended journalists around the world through statements under its seal,” Tandon said Monday. “We are committed to doing our part to preserve a respectful, professional relationship with the institution we cover.”