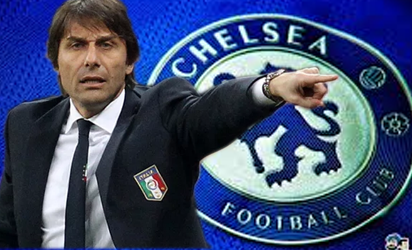 Antonio Conte fears he is locked in a fight to avoid becoming the third manager in a row to be sacked as a champion.

A difficult pre-season has taken its toll on Chelsea’s plans with injuries to key players and frustrations in the transfer market.

As the new campaign looms, the Italian feels there is still much work to do to avoid the fate which befell Jose Mourinho and Claudio Ranieri.

“We know the next season will be tough,’ said Conte.

“We want to avoid what happened in the previous season for Chelsea, two years ago, when the team finished in 10th place in the Premier League.

‘Two coaches have been sacked from Chelsea and Leicester after winning the league and I want to avoid this and the players want to avoid the bad season they had with Mourinho.

‘We are working very well and we hope to find the best solution in the future. We have a lot of young players and if necessary we will have to try to put these players.’

Mourinho was fired in December 2015, seven months after winning the Premier League for the third time as Chelsea manager.

Ranieri led Leicester to the first title in their history but that did not spare him the sack as they slipped towards relegation danger last season.

Transfer targets including Romelu Lukaku and Kyle Walker slipped away and Diego Costa and Nemanja Matic were told they could leave.

Tiemoue Bakayoko did sign but arrived injured and will miss the start of the campaign, as will Eden Hazard, who broke an ankle on international duty at the end of last season.

Pedro Rodriguez was sent home from the tour after suffering facial fractures in a friendly against Arsenal.

With several young players sold and loaned and John Terry released, Conte’s options are suddenly limited and he has used roughly the same team in three friendlies on tour in venues where the heat has been stifling and the training sessions have been gruelling.