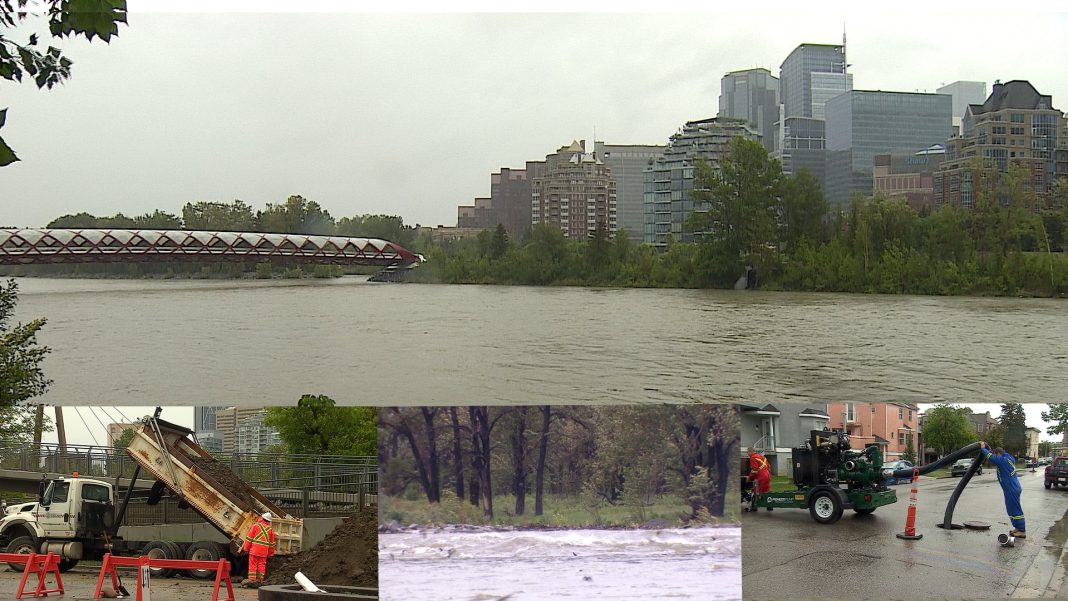 Though this week’s storm has already led to widespread power outages, fallen trees and water pooling on city streets, city officials say they believe they’re well-equipped to handle whatever the next few days bring.

The city remains under a state of local emergency called on Monday. 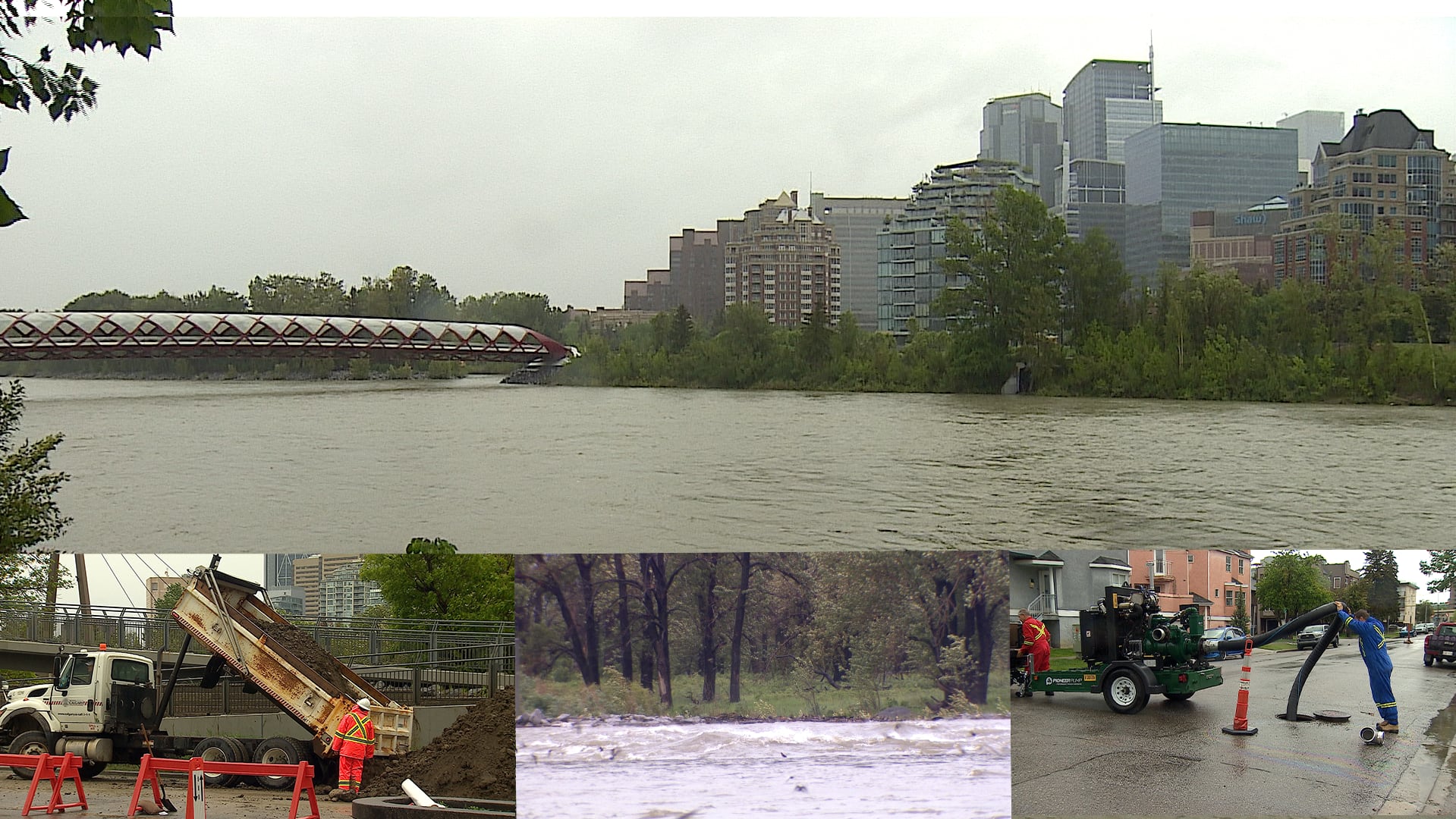 Calgary is not out of the woods yet, and the city will continue to monitor water conditions.

With precipitation in Calgary significantly less than the upper end of what had been forecasted, officials say incoming flows should be able to be managed without any localized flooding or evacuations.

But given the dynamic weather conditions and how quickly conditions on the river can change, Henry offered a caveat — “We’re not out of the woods yet.”

Sunnyside resident Colton O’Reilly said last night he received an emergency signal and is waiting to see what happens next.

“We’re keeping our eyes on the river,” he said.

That closure was done for the construction of a temporary berm that runs across Memorial Drive. City officials decided to take that mitigation measure Monday given the forecast in the coming days.

“There isn’t flooding occurring yet, but it’s a protective measure should the water level come to what we think it might,” Henry told the Calgary Eyeopener on Tuesday morning.

City officials previously lowered the Glenmore Reservoir to attenuate the water coming in. For that reason, officials weren’t concerned about the Elbow River as of Tuesday morning — keeping in mind that things could change as forecasts change.

“Things are definitely under control. We learned a lot in 2013,” said Henry, referring to the combination of rapidly melting snow in the mountains and seemingly endless rainfall that caused $5 billion in damages and claimed five lives in southern Alberta in 2013.

“The fact that we’re talking about this days before the peak of the river is expected is actually really good news.”

On Monday, Mayor Gondek said the state of local emergency allows police and fire departments to go door-to-door in the event of an evacuation.

It also gives the city’s water services team access to property to protect critical infrastructure, and secure supplies quickly if need be.

The town of High River, which was devastated during the 2013 floods, was previously under a flood warning. That was downgraded to a high streamflow advisory.

The town has been building up flood mitigation infrastructure since 2013.

“The emotions are still raw in this town, and I don’t think that’ll go away for a lot of people for the rest of our lives,” said High River Mayor Craig Snodgrass during a media availability held Tuesday.

“It’s just making sure we’re always on top of things … we can never be complacent.”

In a warning issued Tuesday shortly after 3:30 p.m., Environment Canada said periods of heavy rain would continue throughout the evening before ending on Wednesday.

The heaviest rain is expected to fall to the west, the agency said, with rainfall totals of 150 mm or more possible along the Foothills and in the front range of the Rocky Mountains.

On Tuesday, the Municipal District of Bighorn issued a local state of emergency.

In a media availability, Alberta Minister of Environment and Parks Jason Nixon reiterated that the provincial government is on stand-by to provide assistance to affected communities as needed.

He added that municipalities can request flood mitigation equipment from provincial stockpiles through the Alberta Emergency Management Agency.

Lisa Jackson, executive director of environmental emergency management for Alberta Environment and Parks, said that since Sunday, the heaviest amounts of rain have been observed in areas west of Sundre, west of Calgary and south of Pincher Creek, with some local amounts of up to 110 millimetres.

Sundre is located about 110 kilometres northwest of Calgary. Pincher Creek is roughly 100 kilometres west of Lethbridge in the southwest corner of the province.

Jackson also reported that several areas have been downgraded from a flood watch to a high streamflow advisory: the Bow River at Banff, Canmore and Exshaw, tributaries to the Bow River upstream of Calgary, as well as the Elbow River, Highwood River and Fish Creek.

There is a new flood watch advisory in place for Waterton Lake, said Jackson.

This map by the Calgary Emergency Management Agency shows the areas at most risk of flooding amid current rainfall: