No charges in death of Ejaz Choudry, 62-year-old shot and killed by police while in crisis 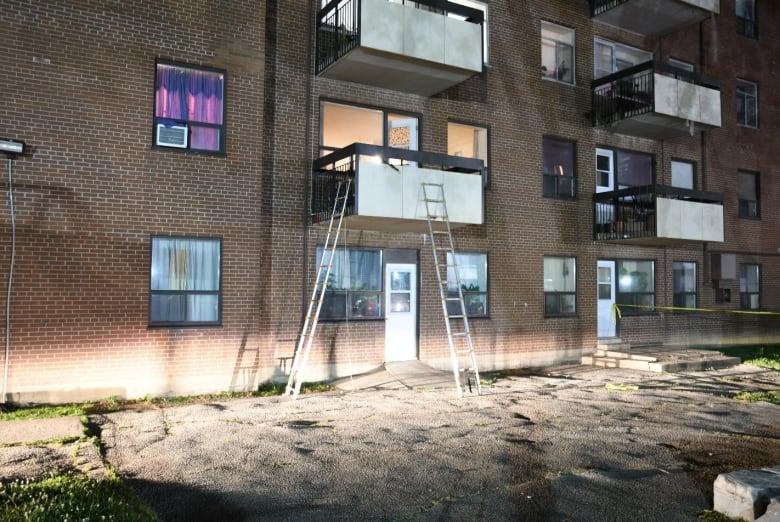 Ontario’s police watchdog has ruled there will be no criminal charges against police in the death of a 62-year-old father of four who was shot and killed by an officer last summer after his family called a non-emergency line for help while he was in crisis.

Choudry, the report says, was armed with a 20-centimetre-long kitchen knife when police kicked in his balcony door and shouted at him in English — a language his family has said he didn’t properly understand — to drop his weapon. The officer in charge was concerned Choudry, who had schizophrenia and was not taking his medication, was at risk of self-harm, Martino said.

Two of the three officers on the balcony who later spoke with investigators claimed Choudry moved toward them, knife in hand, after the balcony was breached — a claim for which Martino notes they are the only source of direct evidence. After a stun gun and plastic bullets failed to subdue Choudry, the report says, the subject officer opened fire.

The third officer — the one who shot at Choudry — refused to speak to the SIU or turn over his notes, as is allowed under Ontario’s Police Services Act. All that is known of his perspective are the words another officer reportedly heard him say immediately after the shooting, the report says: “I had to do it. I had no choice.”

“Police officers are bound by a duty to protect life, which extends to the general public and not just victims of crime,” Martino says in his decision. “The law is clear that police officers are not required to measure the force they used with exactitude or to a nicety.

“As such, I believe the [subject officer’s] resort to his firearm was objectively reasonably, necessary and proportional to the threat posed by Mr. Choudry, notwithstanding the tragic loss of life it caused.”

‘He thought the police would shoot him’

For a brief moment during the approximately three-hour encounter, there had been a glimmer of hope.

Choudry’s daughter and another family member spoke to him from the hallway of the apartment, asking to come out of his home and give his knife over to police.

“He said he would not come out because he thought the police would shoot him,” the report says.

Earlier that day, Choudry, who had been hospitalized for psychiatric care, decided to leave the hospital against medical advice. Around 5 p.m., his daughter called a non-emergency line requesting medical assistance for her father, who appeared confused and reportedly had a small pocketknife.

Paramedics arrived at the apartment first, followed by police, who tried to speak to Choudry through the apartment door. Choudry, whose family says he was fearful of police, told the officers to leave.

Instead, his daughter entered the unit keeping behind two officers. Inside, they found Choudry in a bedroom seated on a prayer mat and asked to see his knife. His daughter translated their words into Punjabi and according to the report, he revealed a large kitchen knife from under the mat “pointing toward the officers.”

Again, he asked them to leave.

Attempts to communicate with Choudry continued, but he refused to leave the apartment, saying he was fearful of the police.

At about 6 p.m., tactical officers took control of the scene and asked the family to go downstairs and not communicate with Choudry. Officers remained at the door trying to “reassure” Choudry that paramedics were there to help — but the report suggests communication was “difficult,” and that he was only occasionally responding in English.

A Punjabi-speaking police officer finally arrived at about 6:45 p.m. along with more tactical officers.

Choudry didn’t warm to the Punjabi-speaking officer either but “confirmed that he had no intention of hurting himself,” before beginning to pray loudly. He also reportedly warned police not to come inside again, and to “watch what happens” if they did.

Meanwhile, the officer in charge began forming a “deliberate action plan,” which would see one tactical team enter the apartment through the balcony, while another would enter five seconds later through the front door. It was 7:42 p.m. before a crisis negotiating team was called — and they were another hour away.

Sometime before 8 p.m., the report says, Choudry stopped communicating and there was no sound from the apartment. After about 20 minutes without communication, the officer in charge decided to execute the action plan.

Video posted to social media in the aftermath of Choudry’s death captured what happened next.

Video taken by a bystander shows tactical officers responding to a call at an apartment building on Morning Star Drive on Saturday. Later a man was killed. (Ibrahim Hindy/Twitter) 0:16

Officers on the balcony kicked in the door, repeatedly shouting, “Put down the knife.” Seconds later, there are the sound of gunshots.

A post-mortem examination determined Choudry died of gunshot wounds to the chest.

Not a departure from what ‘reasonable person’ would do: SIU

After he was shot, the report says, Choudry fell backward onto the floor with the knife still in his hand. The officers again commanded him to drop the knife, the report says, with one officer firing rubber bullets at him when he did not appear to comply. Another then kicked his arm, “resulting in the knife falling to the floor.”

Instead of helping him and prevent him from killing himself, you go in and kill him?– Hassan Choudhary

Choudry’s family has said he was a frail man who suffered from diabetes, had a history of heart issues and recently underwent a lung surgery. The report says the officer in charge was advised “Choudry could barely walk or breathe.”

“Faced with these concerns, and being unable to gain a visual on Mr. Choudry, [the officer in charge] was in a position where he had to weigh the risk of not acting in the event Mr. Choudry was in medical distress,” Martino writes, arguing he doesn’t accept that Choudry could not have walked toward officers.

Despite that plan setting “in train a series of events with devastating consequences,” he writes, the move was not a marked “departure from what a reasonable person faced with the same choices would do.”

As for whether Peel police’s mobile crisis unit, consisting of a police officer and mental health professional, should have been called in, Martino writes that they were “busy at another incident.” Regardless, the officer in charge told the SIU the mobile crisis team would not have been deployed in this case because a knife was involved — a theme that has also come up in other recent deadly interactions involving police, including that of Regis Korchinski-Paquet in Toronto.

Speaking about that case, former Toronto police chief Mark Saunders previously told reporters, “There’s no way that I would put a nurse in a knife fight.”

‘Systemic issues’ can only play a role in SIU decisions: Report

As yet another case in a string of recent fatal police encounters involving people in crisis, including that of Korchinski-Paquet, D’Andre Campbell and Clive Mensah, the report acknowledges “there have been concerns that police presence can escalate these situations and make them worse.”

“In Mr. Choudry’s case, his paranoia about police played a significant role in his death and these concerns have obvious validity,” Martino writes.

Still, he says, “while questions about police reform are of clear importance, systemic issues in policing can only play a role in the SIU’s decision making where they are relevant to the potential criminal culpability of an individual police officer.”

Ultimately, he concludes, “I am not reasonably satisfied for the foregoing reasons that the shooting of Mr. Choudry amounted to legally unjustified force or was the culmination of a criminally negligent course of conduct.”

Choudry’s family has been waiting months for this verdict. They have maintained Choudry should not have died during the encounter with police.

“You have this man with all these medical conditions who can barely stand up,” nephew Hassan Choudhary previously told CBC News.

“And instead of helping him and prevent him from killing himself, you go in and kill him?”