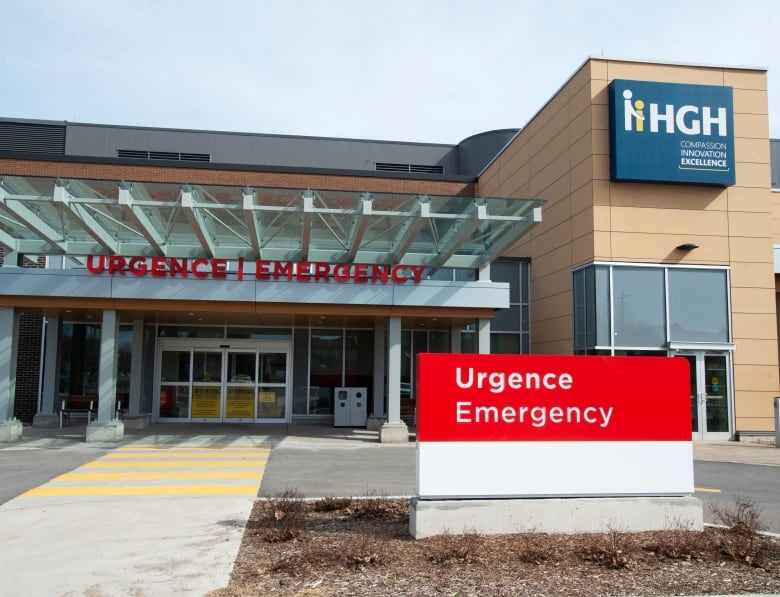 The doctor charged with first-degree murder in the death of an Ontario hospital patient — and who once told a U.S. medical board how conflicts with staff at a Saskatchewan hospital had him “breaking down in tears” — is scheduled to appear in court Tuesday afternoon.

Dr. Brian Nadler, a physician at the Hawkesbury and District General Hospital, has been charged with one count of first-degree murder in the death of 89-year-old Albert Poidinger, a patient there. His medical licence was suspended by the College of Physicians and Surgeons of Ontario days after he was charged on March 26.

CBC News has learned that police are now re-examining the deaths of at least five COVID-19 patients who died at the hospital between March 17 and 25.

His Ottawa lawyer, Alan Brass, has previously told CBC News that the 35-year-old doctor maintains his innocence and will rigorously defend himself against the charges.

Most of what is known about Nadler comes from information available through public documents: that his home address is listed in a suburb of Montreal, that he graduated from McGill University in 2010, and that he went on to further studies, fellowships and clinical practices in Alberta, Saskatchewan and the U.S. state of Nevada before becoming licensed to practise medicine in Ontario early last year.

According to the College of Physicians and Surgeons of Saskatchewan, he faced two professional misconduct charges during his time at St. Paul’s Hospital in Saskatoon — one for calling a female colleague a “bitch” after a disagreement and telling someone else he “felt like slapping” that colleague, and another for improper patient record-keeping.

In his appearance before the Nevada State Board of Medical Examiners in September 2018, Nadler described details of the events that led to the complaints and painted a picture of a tumultuous six weeks at the Saskatoon hospital where, he said, some staff members emotionally abused him.

St. Paul’s Hospital has not yet provided comment to CBC News about Nadler’s allegations.

Nadler spent a year at the University of Nevada on a geriatric fellowship, which included caring for patients in settings such as hospitals, clinics and long-term care homes.

Although the state’s board of medical examiners approves the vast majority of requests to practise in Nevada without speaking with applicants, it wanted to hear from Nadler in person due to his disciplinary incidents in Saskatchewan.

The board provided CBC News with the audio recording of Nadler’s 21-minute appearance before the medical examiners on Sept. 7, 2018. Nadler waived his right to have a confidential hearing, so the recording is in the public domain.

Nadler told examiners he didn’t have any issues during his eight years at McGill’s medical school in Montreal and his residency at the University of Alberta in Edmonton.

But soon after beginning a four-year resident training program at the University of Saskatchewan in July 2014, he experienced conflicts with some staff members at the Saskatoon hospital where he was working.

“Within about two weeks, I had a negative experience with one of my [attending supervisors] who interpreted a conversation we had as me questioning his medical judgment, on a case involving an elderly uroseptic patient who was on a very narrow antibiotic,” Nadler told the board.

He said he was “assigned to check with the microbiologist” and that another doctor told him, through a text message, to change the patient’s chart to include “broader antibiotics.”

It got to a point where I was breaking down in tears and emailed my program asking for help.– Brian Nadler, speaking to the Nevada State Board of Medical Examiners in September 2018

However, Nadler said, the original staff doctor was somehow not advised of this plan and thought Nadler himself had made the change.

The doctor “exploded at me, essentially,” he said.

The hospital soon became a “very hostile work environment,” Nadler told the board.

“It was a very insulting evaluation of my personality, of my arrogance and so forth,” he said. “And then there was a lot of rumours that were being spread in this small community hospital. And it really became very evident by the next week that many of the staff who, [even though] we’d never even had met, had a very negative opinion of me. That was the beginning.”

And it just got worse, according to Nadler.

He said he was “trying to get ahead of the situation, trying to work on whatever weaknesses might have been seen or to try and change their impression of me.”

And while some staff gave positive feedback and were happy with his work, the original doctor refused to work with him, Nadler told the board.

Nadler said he was then transferred to another supervisor who “probably not intentionally was very aggressive, very critical” and was “sort of criticizing me and publicly shaming me.”

“And it got to a point where I was breaking down in tears and emailed my program asking for help,” he said.

The situation culminated one night in 2014, when there was a “misunderstanding” with another physician over the change in treatment of a patient, Nadler said.

“From the moment that she became aware that I was involved in the case … she had essentially just lost control,” Nadler told the board. “[She] was screaming at me publicly in the emergency room and didn’t give me a chance to even try to clarify the information.”

The doctor later suspended him after he filed a complaint to his program directors that she had been “very verbally abusive,” Nadler said.

Alludes to medical issues at hearing

Nadler told the board he “completely admitted” to the pair of unprofessional conduct charges against him, took courses in professional ethics and record-keeping and wrote a letter of apology to the doctor.

Nadler also alluded to the Nevada board twice that he had unspecified “medical issues” during the time he was there, issues “that limited my ability to really put in 100 per cent of my effort.”

The board did not press him for details.

Near the end of Nadler’s appearance, one board member said about the Canadian doctor’s past issues: “At this point, you’re in the ‘move on phase.'”

“I hope so,” Nadler replied.

The Nevada board unanimously granted Nadler a licence to practise medicine.