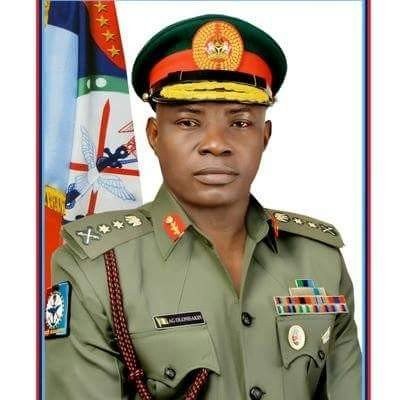 The Nigerian Defence Headquarters on Thursday,  reacted to a statement made by the Deputy Senate President, Senator Ike Ekweremadu.

Ekweremadu, while contributing to a debate on a motion sponsored by Senator Ahmed Ogembe, representing Kogi Central, said:  “The Problem in Nigeria is that our democracy is receding. Who says army cannot take over, let us not joke with our democracy that is the issue”.

RE – WHO SAYS THE MILITARY CAN’T TAKE OVER

1. The Defence Headquarters wish to respond to a comment by the Deputy President of the Senate, Distinguished Senator Ike Ekweremadu on Wednesday 7 March 2018, regarding the Nigerian Military, while contributing to a debate on a motion sponsored by Senator Ahmed Ogembe, representing Kogi Central. In his comments among others, the Distinguished Deputy President of the Senate stated “The Problem in Nigeria is that our democracy is receding. Who says army cannot take over, let us not joke with our democracy that is the issue”.

2. This statement may appear cautionary and sincere in the atmosphere of discourse, it is however derogatory to the Army used in the expression and by extension to the Armed Forces of Nigeria. The statement in the true sense has the capacity to denigrate the Nigerian Military in every ramification including it’s loyalty to the President Commander in Chief of the Armed Forces and the confidence of the general public to defend Nigeria’s democracy. In the light of this; the Defence Headquarters wish to state clearly that, the Nigerian Military has come of age and is in tune with best international military practices of complete and total subordination to democratic governance.

3. In this regard, it is worthy to remind the general public about some key measures among others that guaranteed the present sustainable status of politically unambitious members of the Armed Forces:

a. Shortly, after the transition from a military to a democratically elected government in 1999, officers of the Armed Forces of Nigeria, who were quasi-political, were honourably eased out of service. This was done to avoid indoctrination of other officers in the Military in order to enable the democratic government commence a re-professionalization process of the Armed Forces.  The process commenced in collaboration with international organisations such as the United States Armed Forces and the British Military. By 2009, from the basic military training institutions through units and formation reorientation programmes to top management workshops and seminars for the military, it became clear that the Armed Forces of Nigeria has been re-professionalised to be totally subordinate to political leadership and democracy in the Country.

b. In addition, the Nigerian Military began to take the lead at ensuring that the West African Sub Region is stable democratically through military diplomacy and physical actions where it is highly desirable and supported by ECOWAS. The case of the Gambia last year is still fresh in our memories, where democracy was enforced by an ECOWAS Military Coalition led by the Armed Forces of Nigeria, under the focused and abled leadership of Nigeria’s Chief of Defence Staff, General AG Olonisakin (NAM).

c. Furthermore, the present crop of personnel in the Armed Forces of Nigeria right from the Service Chiefs to the men; are made up of the balance of re-professionalised officers and fresh intakes from 1999, who do not nurse political ambitions.  They are fully committed to their oaths of allegiance to serve their fatherland Nigeria, with total submission to our democratic government.

4. Defence Headquarters hereby assures the international community, Nigeria’s democratic institutions and the general public, of its unalloyed loyalty to the President Commander in Chief, provision of all necessary support for the sustenance of our democracy and carrying out our constitutional roles.  Therefore, the apprehension by the Deputy President of the Senate should be totally disregarded.