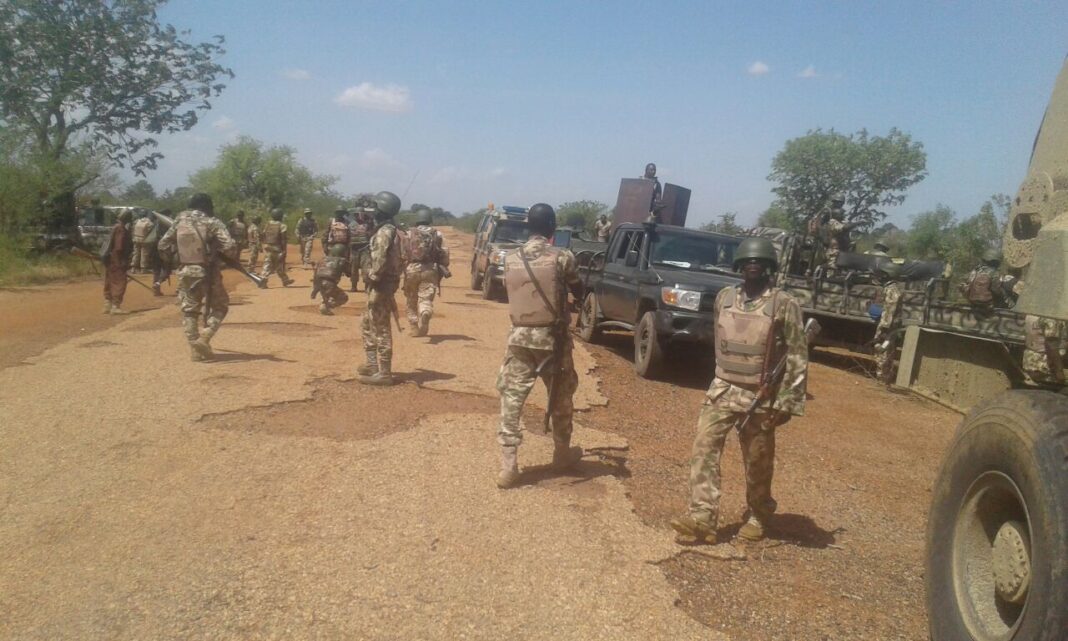 This was confirmed in a statement issued by the Coordinator, Defence Media Operations, Maj.-Gen. John Enenche, on Thursday.

Enenche said that a large cache of arms, ammunition, and other items were recovered from the raid.

He said the raid was carried out by the troops of Operation Whirl Stroke made up of Sector II, deployed at Katsina-Ala, Ukum and Logo LGAs of Benue State, and those of Sector 4 drawn from parts of Taraba.

According to him, the armed militia on sighting the troops opened a barrage of fire on his own troops.

The troops responded swiftly and neutralized three gang members
“Others abandoned their position and weapons and fled into the bush with gunshot wounds.

Each further revealed that the operation was a sequel to timely and credible information received on the activities of the armed militia operating around the border areas of Benue and Taraba states.

He added that there was no casualty on the side of the troops.

“The Armed Forces of Nigeria wishes to restate its commitment to restoring peace in all parts of the country.

“It also continues to request the general public for credible information which will assist the military to rid the country of criminal elements,” he said